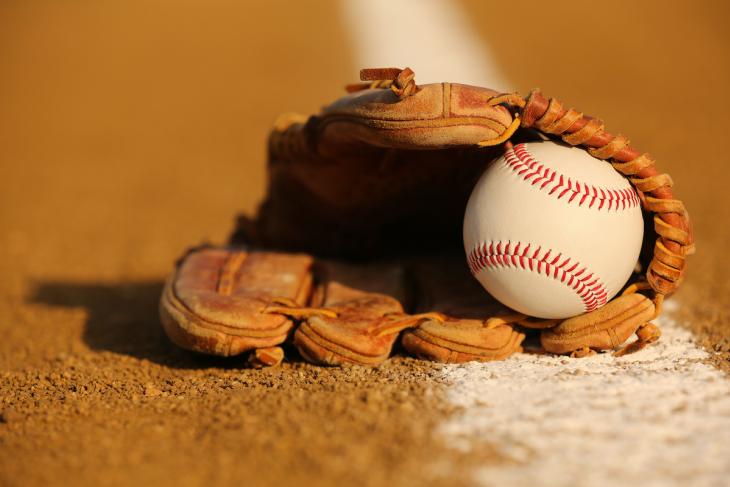 “Our sight was on winning the whole thing this year. And now I will likely never coach some of these boys again.” —Steve Cardoso, Rhode Island teacher and baseball coach

These were the words of my son’s middle school baseball coach when I spoke to him about the loss of this season in the wake of COVID-19. He described it as “crushing.” As a father and grandfather with plenty of life and loss under his belt, he knows that in the big picture, a forfeited baseball season is a blip. But in the small world of his players, especially his eighth graders, it’s devastating.

“I didn’t get to say goodbye to them,” he said. “It feels like an unfulfilled promise.”

It is hard to overstate the fundamental role school sports play in the lives of millions of America’s students. It is central to their identity. Some eight million children participate in scholastic sports. In my conversations with coaches and former elite athletes, their primary worry is not about missed games or undeveloped skills on the field or in the pool. It is on the loss of identity and purpose that student athletes are inevitably feeling right now.

It cuts even more deeply for the seniors, whose hearts break across the nation over missed games and the loss of that last at-bat, that final swim, that final game in the net. The cancellation of the season is, for a senior, the end of an era—and an identity—that came without warning. And without closure. And without a chance to be in that final team huddle to hear the coach’s final parting words and put all those hands in one last time.

The sudden disintegration of a peer community is no small thing. Teammates share an interest, a passion in many cases, and there is no virtual substitute for the camaraderie that develops during long bus rides, in the weight room, and during practices and games. They push their bodies and their minds in pursuit of a shared goal. And seemingly overnight, it is gone.

“I can't imagine being sent home with a moment's notice without any direct contact with coaches or teammates,” said Torrey Palmer, an Olympic rower, sports mom, and a Project Director at TNTP. “We were a family—spending so much time together, laughing, crying, fighting, building each other back up. Losing that...would be very hard.

Andrew Kelton is a high school administrator and multi-sport coach in Massachusetts. He is also a sports dad and my former colleague. He says that in addition to the lost camaraderie is the loss of constant improvement that comes with practice. He hopes that student athletes, including his own son, can recalibrate the external rewards and gratification from sports to an internal sense of accomplishment based upon their individual preparation during the pandemic. He acknowledges that this can be very difficult for fourteen- to eighteen-year-olds.

Eric Kalenze, current teacher and former varsity football coach, wonders how current coaches are finding ways for kids to keep networking and maintain connection with kids. He noted the “huge amount of touch” during a season and believes it’s important to strive for players and athletes to still find ways to mentally connect with one another. He suggests having the team and coaches find a way to watch a game “together” somehow and then talk about it, pose questions, and observe what players are doing right and where they are going wrong. “Players can have their identities as athletes affirmed and confirmed without being able to hit the field together,” he says.

Palmer agrees. She urges athletes to reach out to coaches and teammates and take an active role in building a “virtual team” for support. She suggests that coaches set up weekly or bi-weekly sessions and encourage their athletes to share and log workouts.

This won't last forever,” she says, “so see what you can do now to get stronger, mentally and physically, for when you return to the field or the pool.”

Parents and grandparents are reeling, too. The New York Times reported that “even the most well-informed health professionals felt the hole in their heart at the prospect of missing their daughters and sons competing for who knows how long?” Speaking personally, we are a baseball family. And with three boys who play, two on school teams, baseball season is part of our family identity. Between school games and little league, we regularly spend more than fifteen hours a week watching our boys play baseball. We love it. And we lost it.

Our oldest is a high school freshman. I can’t imagine the feeling of loss that parents of seniors feel. This was their last season to sit on the sidelines and in the bleachers. A far too abrupt ending to what will always be the backdrop for one of the best chapters in their lives.