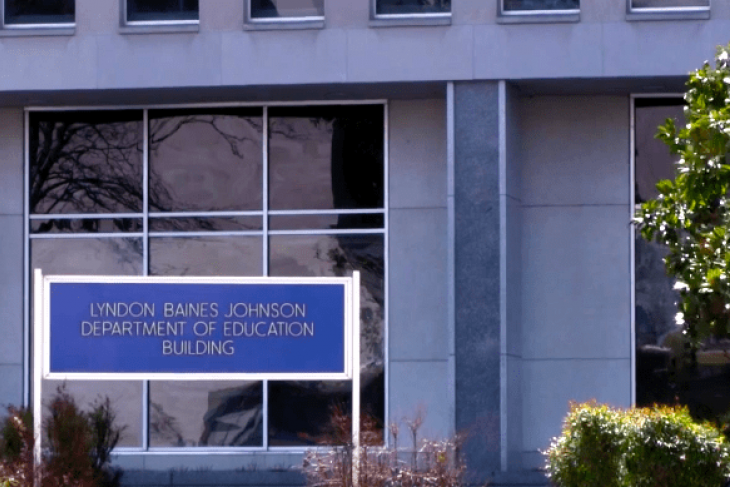 Confusion abounds as the U.S. Department of Education continues to send mixed signals to states regarding their obligations under the Every Student Succeeds Act (ESSA), especially when it comes to school accountability. One question is what’s allowed—and what’s required—with respect to the “academic achievement indicator.” Herewith is an explanation of what’s permitted, what’s smart policy, and how states can avoid triggering federal pushback.

Proficiency rates: Allowed but to be avoided

ESSA Section 1111(c) plainly says that state accountability systems must gauge students’ “academic achievement,” and that this must be measured, at least in part, “by proficiency on...annual assessments.” The simplest—but worst—way to do this is to keep using No Child Left Behind–era proficiency rates. Yet eight of the first seventeen ESSA plans submitted to the Department of Education did just that. Yes, it’s undoubtedly permitted and won’t elicit any pushback from the feds. But it’s also unwise and inequitable.

Measuring school quality via proficiency rates encourages educators to focus on “bubble kids,” those just below or above the proficiency cutoff, to the detriment of other students. But they aren’t the only children who should matter to states. Among those neglected when proficiency rates take center stage are exceptionally low achievers for whom proficiency is beyond the best efforts of teachers and schools, and high achievers—those already over the proficiency bar. Such neglect is inequitable, bad for social mobility, and harmful to the country’s long-term prosperity. (For an in-depth explanation, see “A letter to the U.S. Department of Education,” written by Morgan Polikoff and others.)

States should avoid proficiency rates and instead fulfill ESSA’s academic achievement obligation by using performance indexes and/or average scale scores—both of which are absolutely permitted under the law.

Per March 2017 guidance from the Department of Education (pages 10–11), performance indexes are a permissible way to satisfy ESSA’s obligation to measure students’ academic achievement. Three states—Arizona, Louisiana, and Vermont—plus the District of Columbia have already submitted plans that use such an index as their academic achievement indicator. The agency has only given feedback on Louisiana’s accountability plan (responses to the other three are forthcoming), but the Department’s letter said nothing negative about the metric, granting it implicit approval.

Other states that want to encourage schools to maximize the education of all their students—not just those “on the bubble”—should seriously consider following the lead of these four jurisdictions.

A “scale score” is just what it sounds like: The score a student attains on an assessment, such as 670 out of 800 on the SAT math test. Average scale scores, then, are the average score of all students within a school and/or the average scores of particular student subgroups, such as economically disadvantaged students, African American or Latino students, students with disabilities, etc.

But are scale scores allowed under ESSA? Feedback to states from the Department of Education signals that, unlike proficiency rates or performance indexes, average scale scores cannot be used as the sole measure of academic achievement. That’s because they don’t measure “proficiency” per se. Connecticut, which wants to use scale scores as its sole academic achievement indicator, recently argued otherwise. In a revised ESSA plan that responds to the Department’s feedback on its first submission, the state writes, “Webster's dictionary defines proficiency not only as a state of being proficient, but also as an advancement in knowledge or skill,” and that scale scores are “the most accurate measure of a student's proficiency.”

We at Fordham buy that argument, but our friends at the Department of Education may not. Still, that doesn’t mean scale scores are not allowed—it just means they can’t be used as the sole academic achievement indicator.

That’s our takeaway from a recent email that Fordham president Mike Petrilli received from acting assistant secretary Jason Botel. He wrote: “Scale scores can be included in the Other Academic indicator for elementary and secondary schools that are not high schools or the School Quality or Student Success indicator for all grade levels.”

States would be wise, then, to use average scale scores in their accountability systems as an effective way to incorporate the achievement of each and every student—either as “another academic achievement indictor” or as a measure of “school quality and student success.” Ideally, this would be paired with a performance index—not a proficiency rate—and given substantial weight in determining school ratings.

It seems more than passingly strange that states must go through such gymnastics to win approval from Uncle Sam, especially when Secretary DeVos is urging states to take the lead on education policymaking. Still and all, we’ve seen that, with a little creativity, states can get past the negative legacies of NCLB and embrace school ratings that are fair to everyone. States: Now you know how.