Between 1940 and 2018, the number of public school districts in the U.S. declined from 117,108 to 13,551 due to consolidation, whereby smaller districts merged with each other or with a larger neighbor to boost economies of scale in the resource-intensive business of running schools. Despite this massive decrease, little research exists to support the prevailing notion that consolidations result in increased economic efficiency, to say nothing of their academic impact on students. A recent study conducted by a trio of University of Arkansas scholars is the opening salvo of a much-needed effort to build a stronger research base studying school district consolidation.

That districts and schools are not randomly selected for consolidation is one factor which has made this a difficult topic to study. But in this case, analysts are able to leverage a natural experiment via the enactment of Arkansas Act 60, passed in 2004, that was the result of school finance litigation in the late 90s and early 2000s. After the Arkansas Supreme Court ruled that the state’s funding system was unconstitutional, the governor proposed school district consolidation as a remedy to reduce district administrative cost and “provide greater opportunity for students.” The law required consolidation of all districts that had enrollment of less than 350 students for two consecutive years. This clear enrollment threshold allowed analysts to make use of a sharp regression discontinuity design, whereby students in districts with enrollment of less than 350 in the two years immediately prior to the passage of the law are assigned to the treatment group and students in the remaining districts to the control group. The idea is that districts just above the Act 60 enrollment cut off should be essentially the same as the consolidated districts just below it.

They limit their analysis to consolidations that occurred in 2005, immediately after the passage of the law, to prevent any potential gaming of enrollment data in later years. The first year that the law was in effect, fifty-nine districts were required to consolidate, impacting districts in every region of the state. School buildings were not required to close per se, but sixteen closures occurred in consolidated districts in 2005 and 105 closures occurred by 2011.

The key finding is that consolidation has null or very small positive impacts in both math and English language arts. The researchers also looked to see if impacts vary over time, under the premise that students may require several years to adjust to their new surroundings. But again, impacts are mostly insignificant or modest over four years post-consolidation.

Unfortunately, the regression discontinuity model cannot be used to examine the financial impact on economies of scale because most districts merged with others above the threshold and it is impossible to disentangle the finances of each after the consolidation. Instead, they conduct a descriptive analysis comparing the expenditure trends for districts affected by consolidation (both the consolidated and receiving districts) to unaffected districts to see if the affected districts show substantial changes that deviate from broader state trends. They do not. Both affected and unaffected districts, for example, see comparable increases in spending per pupil. They also have similar shares of certified teachers and other staff. There are a number of possible explanations for this seemingly-incongruous finding—for example, the low number of initial school closures might mean that building and central office staff were retained even after consolidation—which points to an undermining of the intended boost in efficiency.

The researchers conclude, at this point at least, that Act 60 did not appear to have helped students much but didn’t harm them either. But further research in this area—especially a rigorous analysis of costs with more and better data—should help clear up a good many of the key questions still remaining.

Rigorous courses are a good thing–and good for equity 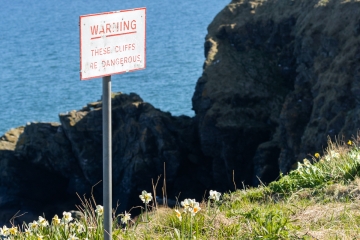 There’s a fiscal cliff coming, and some districts appear hell-bent on making it worse