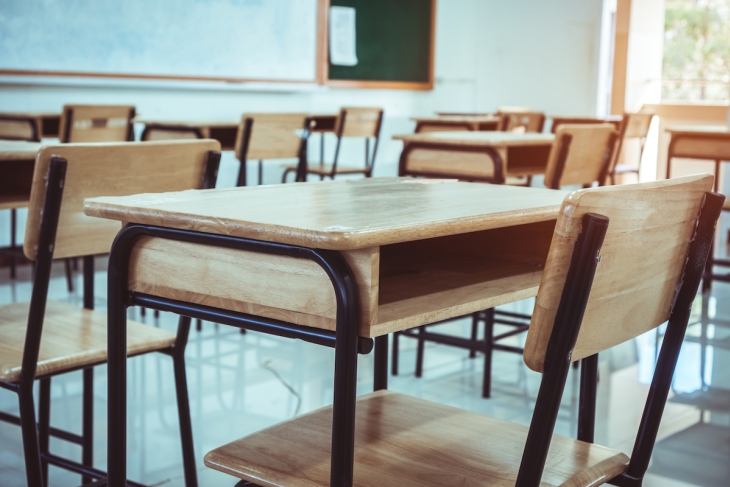 During the first full school year after the onset of the Covid-19 pandemic, enrollment in U.S. public schools fell by about 1.1 million students, or 2 percent of prior K–12 enrollment. A recent study by Thomas Dee and three other Stanford University researchers examines how school reopening decisions affected those declines, as well as what they reveal about parents’ instructional preferences.

They use federal data to gather district enrollment counts from 2015–16 through 2019–20, but because the federal government has not yet released district by grade-level enrollment data for the 2020–21 school year, they collect those data directly from state departments of education. Their sample includes traditional districts but not charter schools unless authorized by a traditional district. They also use district-level opening plans aggregated by Burbio, a digital platform used by more than 80,000 schools nationwide to power their yearly calendars. In the pandemic, Burbio tracked instructional mode status for roughly 1,200 districts at various points in time by school and grade level through special agreement with them. The Stanford team’s analytic sample—which relies on Burbio’s sampling strategy—ultimately encompasses 35 percent of all public school students and is more urban and suburban compared to national statistics, while also including slightly higher concentrations of poor students. Analysts also track Covid-19 prevalence at the county level and state decisions around Covid-related restrictions, such as stay-at-home orders and public transportation limitations, which could influence school instructional mode and parents’ perception of Covid-19 risk.

Descriptively, results show that half the districts chose remote-only instruction, while 27 percent chose in-person and 23 percent chose a hybrid model. The authors employ a comparative interrupted time series design that helps control for the fact that remote-only districts tended to be larger and more urban and already showed decreasing enrollment patterns preceding the pandemic.

As for the future, the analysts say that the sharp drop in kindergarten enrollment could be an especially thorny problem. A substantial number of kiddos whose parents redshirted them to avoid fully-remote learning likely started kindergarten this fall (assuming that some or all of it was in-person), creating an unusually large mixed-age cohort. That will usher in unusual and unexpected staffing requirements as the cohort makes its way through the system together over the next twelve years. But let’s be honest: That’s just the tip of the iceberg relative to the changes required to help students recover in the wake of the pandemic.