How media coverage of critical race theory misses the point 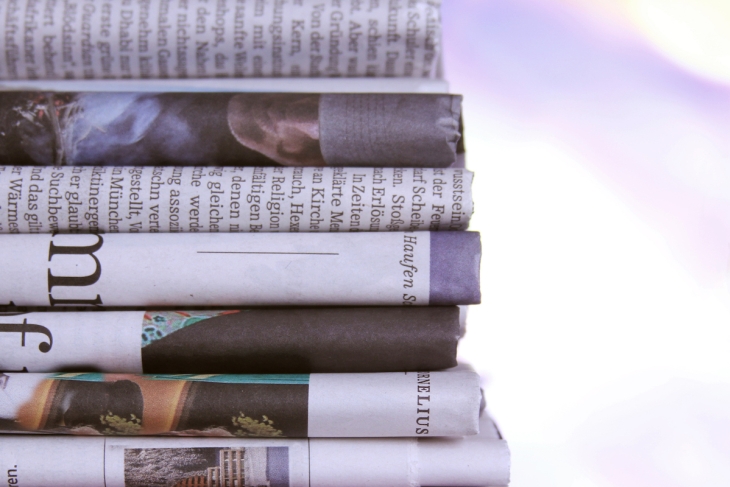 It is not a controversial statement to say that the debate over critical race theory in schools has shed more heat than light. This is not surprising. When a relatively obscure and arcane academic field suddenly becomes a high-profile political football, hotly debated on cable news shoutfests, it is almost certainly because it has been reduced to bumper-sticker simplicity. That said, it is not too much to expect prestige media to bring to bear a bit more sobriety and subtlety. Explaining complicated issues to interested non-experts is their job.

Thus it’s disappointing to share the findings of a new report from my AEI colleague Rick Hess, who took a look at exactly how the media has been covering CRT. Armchair media critics tend to natter on about media bias, but Rick’s report surfaces a more troubling issue about media completeness. He found that coverage about critical race theory has tended to focus on what is not controversial (notably whether or not schools should teach about racism and slavery), while eliding almost entirely its most inflammatory facets—specifically, CRT’s rejection of ideas and principles that are foundational to Western thought and values. This matters because it creates conditions wherein even fair-minded and diligent news consumers can be led astray.

To put the matter as mildly as possible, it would be strange to think that a system of thought that questions the “very foundations of the liberal order” would be regarded as anything other than an existential threat to an education system built on that very order. It should be obvious that these foundational concepts are key to understanding why reasonable people might have reservations about introducing CRT to the classroom. But CRT’s skepticism of rational thought, liberalism, universal values, and objective knowledge was mentioned in less than 5 percent of CRT news articles. Eliding this is particularly egregious, since the failure to note any intellectual objection leaves readers free to assume that objections to CRT are rooted in racism, not rationality or a defense of Enlightenment views and values. One doesn’t need a study—eyes and ears will suffice—to acknowledge that this is precisely how the debate has played out. CRT is not “just teaching honest history,” it’s a revolutionary doctrine.

News accounts weren’t much more informative about troubling CRT-aligned practices. And there are a host of troubling practices to be found. Ibram X. Kendi, one of the nation’s most prominent “anti-racist” activists, has proclaimed that schools must be willing to treat students of different races differently: “The only remedy to past discrimination is present discrimination.” Robin DiAngelo, another prominent “anti-racist” ideologue, teaches against colorblindness, asserting that seeing individuals rather than skin color is the mark of a “dangerous white person.” A number of schools, following this argument to its logical end, have introduced affinity groups, which segregate students or staff by race to discuss charged topics.

If CRT news accounts didn’t spend much time discussing its intellectual foundations or classroom practices it encourages, one wonders what they did cover. Unsurprisingly, they spend a lot of time talking about the evils of racism. Every single article examined in the AEI report discussed racism in some form or fashion. Eighty percent mentioned the history of race or the way history is taught in schools; a strong majority referenced slavery.

As Rick points out, this is the one area of the CRT debate about which there’s not much debate at all. Americans of all stripes agree that schools should be teaching about racism and the horrors of slavery. For instance, a recent national AEI poll found that 74 percent of White Americans and 75 percent of Black Americans “favor teaching students that the dispute over slavery was the principal cause of the Civil War.” Nor is there much disagreement among high profile Republicans. Former U.S. Secretary of Education Betsy DeVos recently said, “Of course we need to teach history. We need to teach about slavery,” and that schools need a curriculum that “embraces all of the parts of our history.” Texas Senator Ted Cruz likewise tweeted, “OF COURSE we should teach about slavery & racism.”

“One could be forgiven for imagining that the media had set out to cover the CRT debate in a manner that would aggravate a polarized nation, fuel conservative distrust, and turn a principled debate into a food fight,” Rick concludes.

Having spent two decades in the news business, I’ll be more generous. I am deeply sympathetic to the challenge journalists face in trying to commit daily acts of responsible oversimplification. It is unreasonable to expect every article to recapitulate all aspects of a complicated and contentious issue. But Rick’s eye-opening analysis suggests a remarkable and arguably irresponsible pattern: Coverage of the CRT “debate” has demonstrably focused on what is not controversial—race—and elided almost entirely what is: revolution.