How gifted students improve the outcomes of their classmates, regardless of their ability levels 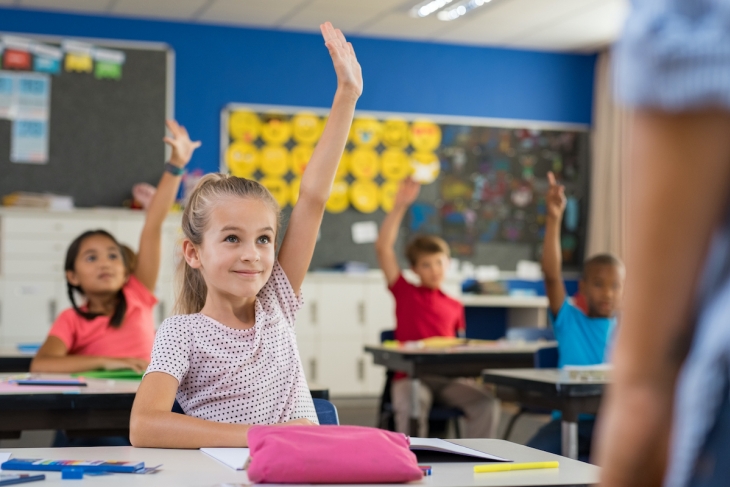 Gifted education is usually thought of as comprising separate classrooms that participating students attend for part of the day, and that move faster through curricular material or examine it at greater depth than “regular education” classrooms. This, of course, is only possible because all of the students in gifted classrooms are up to the challenge of this enhanced instruction. In this way, among others, gifted students benefit from being in a class with other gifted peers.

But if gifted students benefit their gifted peers, do they also benefit their peers who aren’t given that designation when they sit with them in heterogenous classrooms? If so, by how much and in what ways? Those questions are the focus of a new study conducted by Simone Balestra, Aurélien Sallin, and Stefan C. Wolter, faculty members of universities in Switzerland.

They use student-level data from the Swiss education system. This, they say, is an ideal environment for such a study for two reasons. One, giftedness is “assessed and determined by the school psychological service, an independent and centralized institution that provides students and their families with diagnosis and counseling for school-related issues.” And two, those identified as gifted aren’t grouped into separate programs or schools, though they may receive enrichment outside of the classroom. Their final sample includes 31,625 students in 1,592 classes from eighty schools, and comprises ten consecutive school cohorts from 2008 to 2017.

The researchers identify giftedness using a combination of IQ scores greater than 130 and more qualitative diagnoses and comments of caseworkers employed by the aforementioned school psychological service. In other words, they’re equating the “gifted” label with intelligence and clearly differentiating it from high achievement. Then they measure the effect these students have on the academic achievement and career choices of their peers who were not given that label. They use linear regression and control for gender, native language, and age.

They measure achievement using the math and language arts components of the Stellwerk test, which is administered to every eighth grader in the Canton of St. Gallen (the Swiss equivalent of a U.S. state). They also determine career trajectory using administrative data on students’ choice of “track,” which in Switzerland is done at age sixteen, and includes a “selective track” (the equivalent of pursuing a bachelor’s degree in the U.S.), a “vocational track” (usually apprenticeships), or the option of ending their education altogether.

Although these findings occur in Switzerland’s education system, they’re very relevant in the United States. In many of our schools and districts, gifted programs don’t exist at all. When they do, they are often unsubstantial, comprising a smattering of gifted courses among mostly heterogenous ones. In other words, American gifted students spend a lot of time in heterogenous classrooms—where, according to this study, they’re ostensibly having mostly positive effects on their peers’ achievement and college plans.

It bears emphasizing, though, that we ought not take these findings to mean gifted programs should be abandoned. Quite the opposite. For one, the study didn’t examine the effect gifted students had on their gifted peers in heterogenous classes. Two, it didn’t compare the effects it found to the proven beneficial peer effects within gifted classrooms. And three, the idea that the potential to maximize gifted students’ educations should be sacrificed so they might boost those of others is misguided and wrong.

Nevertheless, these findings are actionable stateside. They suggest that U.S. school leaders should be more active in identifying giftedness, and more deliberate in how they compose classrooms where these students are mixed with peers of varying ability levels. This would not only maximize their peer effects, it would also set the stage for improved gifted programs—something, I’ve long argued, the U.S. would benefit greatly from pursuing.