How anger over Covid closures can fuel the school choice movement 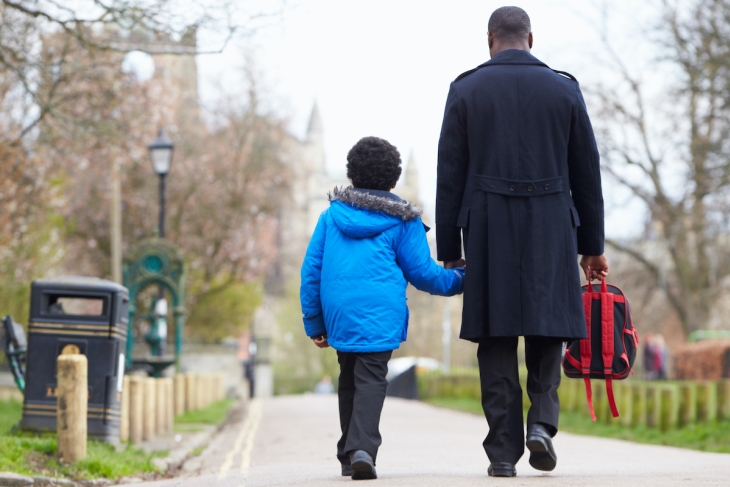 The father testifying before Virginia’s Loudon County school board starts out calmly enough. “You should all be fired from your day jobs because if your employers knew that you’re more inefficient than the DMV, you would be replaced in a heartbeat,” he says, growing more animated, more pointed. Citing data on the minimal risk associated with in-person learning he tells them, “You’re a bunch of cowards hiding behind our children as an excuse to keep our schools closed.”

His anger rises. He’s yelling that garbagemen face greater risks than anyone in the school system. Now he is shrieking at the school board members, a face mask insufficient to cover his frustration. “Figure it out! Or get off the podium! Because you know what? There are people like me and a line of other people out there who will gladly take your seat and figure it out!”

The video has gone viral, but it’s not the man’s angry rant that stuns and lingers. It’s the response. There isn’t one. The board members don’t seem taken aback by the rage-filled, finger-pointing, verbal assault. They sit impassively. After a moment and sounding bored, the school board chair says only that she will give district staff “an opportunity to make sure the podium and microphone have been cleaned.” This further enrages the dad. Off mic, you can hear him promising, perhaps threatening, “I’ll be back next time! And the next time! Until you open the freaking schools!”

Younger readers may not know (and older readers may have forgotten) that the high-water mark of the education reform movement in the first years of this century coincided with frustration over teachers union intransigence, and decades of complacency about the poor performance of American education. The breaking point was slow in coming, but when it came, it drove a wide public consensus in favor of a striking array of reform initiatives, including charter schools, testing and accountability, and various efforts to evaluate teacher quality. The breadth of that consensus gave reform its high-water mark of bipartisan support and moral authority. At the apex of its power and prestige, reformers successfully turned public opinion against “The Blob,” the money-sucking agglomeration of associations and agencies that reliably placed their own interests ahead of children and families. In the decade since, the ed reform movement overspent its political capital and wore out its welcome, disrupting schooling in ways that proved unpopular, without the transformative results to justify the upheaval.

Don’t look now, but The Blob is back, more self-serving than ever, and creating fertile conditions and new alliances that could galvanize a fresh appetite for school choice. Parent frustration is growing. And the intransigence of teachers unions and districts to resume in-person learning is reaching epic levels—and epic levels of obtuseness.

Teachers unions in Los Angeles and elsewhere have been shamelessly opportunistic, insisting the pandemic requires Medicare for All, wealth taxes, moratoriums on charter schools, an end to voucher programs, and more—unblushing and bad faith demands for programs and policies that have nothing to do with safe reopening of schools.

Chicago teachers are refusing to return to in-person classes and threatening to strike. One wrote an op-ed complaining that parents who wish to re-open school buildings are “disproportionately white.” It was titled, “Are We Going to Let ‘Nice White Parents’ Kill Black and Brown Families?”

A group of Chicago dance teachers thought the best way to illustrated their safety concerns was by filming interpretive dance video titled, “The Moment We’re Safe.” The cringe-inducing display was Tweeted approvingly by the Chicago Teachers Union and mercilessly mocked. “It’s not like we’re asking teachers to storm the beaches at Normandy,” said one of thousands of angry commenters.

The president of the Pasco County (Washington) teachers union claimed the push to reopen schools for in-person learning is an example of “white supremacy,” and concerns for children who are suicidal without school or sports are “ignorant and another expression of white privilege.”

In a Washington Post op-ed, the parent of three children in the Fairfax County (Virginia) schools complained that there is “no common-sense explanation” for vaccinating teachers if they refuse to return to in-person learning. Worse, those teachers are now demanding that all children be vaccinated, even though no vaccination has been approved for anyone under fourteen. “The excuses pile up faster than the half-inch of snow that typically shuts down school operations,” he wrote.

As Corey D’Angelis of the Reason Foundation quipped, all of this is “a free advertisement for school choice during School Choice Week.” Indeed, an Education Next survey finds 60 percent of private school students are receiving instruction in person; just 18 percent remotely. By contrast, more than half of students enrolled in district and public charter schools are receiving instruction fully remotely, with fewer than one in four attending school exclusively in person.

“A lot of parents, and a lot of liberal parents have had it,” noted Christine Rosen on the Commentary magazine podcast, discussing a CNN interview by Biden Chief of Staff Ron Klain, who defended teachers unions that refuse to resume in-person teaching despite studies that have shown a low risk of spreading the coronavirus. “It has people angry. And it’s an interesting coalition of people who are angry.”

In sum, The Blob is giving back every inch of the ground they gained in the past decade and then some, with their refusal to return to work. Parents are still strongly inclined to love and trust their children’s teachers, and maybe even their teachers unions. But the relationship is being tested and estrangement is inevitable where it doesn’t include in-person classes. Places like Loudon and Fairfax Counties are majority white and affluent, the most reliably stalwart in their support of public schools. When you lose those parents, the game has changed.

There’s a danger that reformers will misread the moment, too. Recall former ed secretary Arne Duncan’s cocky and antagonistic remark blaming opposition to Common Core on “white, suburban moms” who all of a sudden discover their kids aren’t as “brilliant as they thought they were and their school isn’t quite as good as they thought they were.” Those are the same parents who are now upset with the failures of their public schools to get their act together. About the last thing I’d do is push for an immediate return to aggressive testing, lest frustrated parents who simply want their kids back in school—any school—be reminded why they soured on reform in the first place.

Bills to allow educational funding to follow the child have already been introduced in nearly two dozen states. Research conducted recently for one high-profile reform group showed nearly three-fourths of parents would change schools given the financial opportunity to do so. The backlash is here, and it’s fearsome. The conditions are ripe for a new and politically diverse and robust school choice coalition, bringing into the school choice camp parents who likely never dreamed they’d be anything but supportive of their local public school.

The late Joseph Overton of the Mackinac Center for Public Policy developed the concept of the “Overton Window” to describe the range of policies politically acceptable to the general public at a given time. Thanks to union intransigence and The Blob’s lack of responsiveness, that window is shifting in favor of school choice.

Editor’s note: This was first published by Forbes.