Education reform is off track. Here's how to fix it. 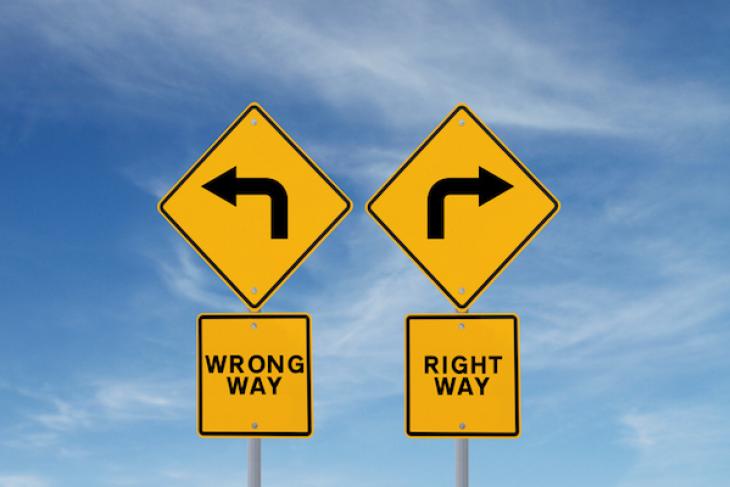 A blog post by Kate Walsh, the longtime leader of the National Council on Teacher Quality, asks if the education reform movement has “lost its way.” She’s overtired of conferences where reformers “plead for forgiveness for our narrow-minded approach” and agree to “exchange our convictions for anything that will suggest just how broad-minded we now are—as long as we de-emphasize academic goals.” If we expand the scope of reform efforts “to include the social, economic, racial, and political contexts of students’ lives, we'll surely be more successful,” she writes, taking care not to be dismissive of those goals, but noting how “their collective impact leaves me limp and rudderless, rather than inspired. This job was hard enough.”

Just so. I recall making a similar argument myself once.

It’s worse than even Walsh’s dour post admits. If shares in the education reform movement could be purchased in the stock market, neutral analysts would grade them “underperform” and probably “sell.” We’ve seen gains in student outcomes particularly among disadvantaged subgroups. But those gains have been mostly in math and almost entirely in the younger grades. The “historic” rate of high school graduation is frothy at best, fraudulent at worst. It is not possible to look at the big indicators of K–12 performance over the last few decades—NAEP, PISA, SAT, and ACT scores—and claim that ed reform at large has been a success. The payoff is simply not there.

The singular contribution of the education reform movement has been a moral one, making it unacceptable for schools and teachers to admit to holding any child—particularly low-income, black, and brown children—to lower standards. The high water mark for ed reform, both in prestige and performance, came nearly twenty years ago, when Teach For America and KIPP were media darlings and strong bipartisan majorities in Congress passed the No Child Left Behind Act. Most of the gains in student outcomes in the reform era occurred before 2010. Like many a promising athlete, ed reform peaked early, then failed to live up to its hype. That’s true in much-lauded Massachusetts, where even the shapers of the Bay State’s education “miracle” acknowledge that student achievement has plateaued.

Since then we have mostly overplayed our hand, overstated our expertise, and outspent our moral authority by a considerable margin as we morphed from idealism to policymaking. Education reform’s policy prerogatives have transformed schooling in ways that parents don’t much like—test-based accountability, in particular, focused on just two subjects—and without clear and lasting benefits to justify them. Disruption was precisely the point, of course, but there’s always a trade-off, an implied cost-benefit bargain. If you want the public’s permission to fundamentally alter the relationship between Americans and their schools, there has to be a clear, compelling, and demonstrable upside in time for people to see it. If the reform policy playbook was going to drive transformational, system-wide gains in American education, we’d have seen it by now.

A conceptual failure lies at the heart of ed reform’s underperformance: the mistaken assumption that education policy, not classroom practice, is the most important lever to pull to drive enduring improvement. But educational failure is not a tale of unaccountable and union-protected layabouts refusing to do right by children. More often than not, it’s well-intended people trying hard and failing—and not despite their training, but because of it. In short, we have a product and practice failure more than a policy and process failure.

At the same time, ed reform advocacy, which at its conception concerned itself with the education offered to all of America’s children, evolved into a majority-owned subsidiary of the charter school movement. Charter schools are engines of dynamism and lifeboats for many. But they will always be a boutique in the American K–12 education system. While there has been a clear schism between reform’s free market enthusiasts and its social justice wing, there can be little doubt that the movement’s center of gravity has shifted sharply to the left, even though political progressives mostly regard the standard reform agenda—choice, charters, testing, anti-union policies—with contempt. These self-marginalizing alliances leave a numerical majority of American parents, who like their traditional neighborhood public schools (and who’ve had it with high-stakes testing) or who don’t identify as political progressives, regarding reform with either indifference or as a threat. Worse, it makes it harder for innovative practices to become widespread if they have the scent of reform about them.

Finally, there is a perversity at the heart of the reform movement. The one unambiguous, reform-driven victory of the last two decades has been the successful networks of urban charter schools that we used to call “no excuses” schools before the term, which once meant there’s no excuse for adults to fail children, fell into disrepute and it became de rigueur within the movement to criticize those schools’ discipline practices instead of applauding them for sending tens of thousands of low-income kids of color to college, which not long ago was nearly the entire point of the movement.

If ed reform is to regain its momentum and become not merely a disruptive force, but a broad, effective, and enduring one, it must reinvent itself as a practice-focused movement. It is unlikely, for example, that any politician, policymaker, or education secretary of the last twenty years has had a greater effect on what happens in reform-minded classrooms than Doug Lemov of Uncommon Schools. It is nearly impossible to walk into a high-performing charter school in America and not see his thumbprint, even in schools that have not trained with Lemov and his colleagues. I’ve long lauded the curriculum work of Core Knowledge founder E.D. Hirsch, Jr., and the efforts of the University of Virginia’s Dan Willingham to translate cognitive science and research into classroom practice. Significantly, neither of them likely views himself as an education reformer since their work is not specific to a particular setting, demographic, or type of school. That says something about the scope of the reform movement and how we have marginalized our potential impact and influence.

The list of theorists and researchers whose work might guide practice-based reform is too long to mention and too obscure for comfort. How many of my policy and advocacy colleagues, I wonder, know the names Tim Shanahan, Nell Duke, Isabel Beck, Judith Hochman or anything about their work? How many of us read the “Science of Learning” report from Deans for Impact? Even at the policymaking level we would be better served to pay more attention to people like Louisiana’s John White, who has built state-level reforms around curriculum and professional development; and David Steiner, of Johns Hopkins, who did much the same in his too-brief tenure as New York’s education commissioner. Enduring and broadly distributed gains, if any are to be had, will come from this manner of classroom-facing work long before it comes from doubling down on standards and accountability. We might even be surprised to learn that there is a broad sensible center among America’s nearly four million teachers who want to be more effective in their jobs and might rather join this movement than be held accountable by it.

Like Walsh, I don’t see much point in self-flagellation. But neither do I see a compelling reason to continue placing most of our bets on policy instead of practice, or to spend more decades pursuing strategies that have overpromised and under-delivered. The way forward, in addition to refocusing reform’s considerable energies on improving practice, is to become far more pluralistic, both in the types of schools we support and the policies needed to grow and sustain them. A less narrow concept of school quality (currently limited to short-term gains in test scores alone) is essential to refocus the movement on its ultimate object: setting children on a path for lives of self-sufficiency, upward mobility, and engaged citizenship.

The inconvenient truth is that, even within the ed reform movement, school choice is regarded with suspicion. Choice generally means charter schools, not true educational pluralism, and our support is limited to schools that are willing to subject themselves to the oversight of an increasingly technocratic movement that lacks the record of accomplishment required to impose its prerogatives. Our movement may claim to care about low-income parents and people of color, but we don’t quite trust them to choose unless we strictly limit and monitor their choices. This is ed reform’s own moral failure: Our soft bigotry of low expectations hasn’t gone away. We just apply it to parents now.

Without question, the education reform movement should not abandon its efforts to create a favorable policy climate for change in statehouses and in the halls of power. That’s essential but insufficient. There is little support for the continued belief that we can bully or nanny schools to high performance. It’s time for the movement’s center of gravity to shift to schools and classrooms and to supporting and enhancing the work of educators in schools that parents choose, not the ones we choose for them.