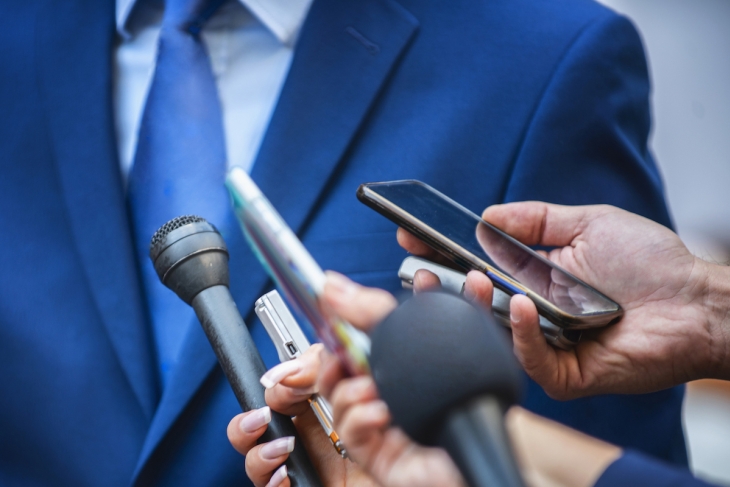 “In light of this barometer of our kids’ success, there’s no time to waste to catch our kids up. We must continue to pour on the gas in our efforts,” Arizona Governor Doug Ducey said last Tuesday in response to the NAEP results. “We know our kids lost ground during the pandemic—it was not good for them. In Arizona, we kept schools open, made critical investments in literacy programs, and launched a summer camp to prevent further learning loss. Another round of AZ OnTrack Summer camp is sorely needed for our kids. This is a community effort, and we cannot afford for our kids to lose more ground next summer.”

Ducey, who declared his goal to be Arizona’s education governor during his first term, is certainly setting a high bar for the other forty-nine. After increasing classroom funding and shepherding the nation’s most expansive school choice legislation into law, he became the first of America’s governors to respond to the NAEP results with specific promises, beginning with the return of the free “AZ OnTrack” summer camp initiative that was spearheaded by 50CAN board member Lisa Keegan.

Unfortunately, far from rising to the challenge, what we have gotten from many of his fellow governors across the country is silence.

Gubernatorial leadership starts with a commitment to wisely spend the federal ESSER dollars to support programming that’s been proven to raise student achievement and accelerate students to make up for lost learning. New research from the Urban Institute drives home this point, finding that districts that focused their spending on instruction had significantly higher performance than districts that focused their spending in other areas like facilities.

Last week, The Washington Post summed up the unacceptable current state of spending, writing: “The American Rescue Plan infused campuses with $122 billion to reopen buildings, address mental health needs and help students who had fallen behind academically. The need was so urgent that two-thirds of the money—$81 billion—was released less than two weeks after the plan was signed into law and before the Education Department could approve each state’s spending plan. But despite having access to the dollars, school systems throughout the country reported spending less than 15 percent of the federal funding.”

We know what interventions will work:

The question now is whether state leaders have the political will and leadership acumen to enact these interventions with the scale and urgency that is needed. Every governor should become an education governor in the year ahead and meet this crisis with the urgency, prioritization, and funding necessary to provide children with the support they deserve.

Sadly, however, state leaders may fall victim to relentless attempts by so many to spin NAEP results away into a cloud of indifference. The game plan is clear: Minimize or obfuscate the results whenever possible, and in instances where it’s not, fight any attempt to draw conclusions that might require a change in the way our education system works.

“The 2022 National Assessment of Educational Progress results got released this week. I cannot stress the level to which I do not care,” writes Atlanta teacher Jay Wamsted in an op-ed for Education Week.

“The hysteria over NAEP reflects our continued obsession with standardized testing, which began with the 2002 No Child Left Behind law and has shown no evidence of helping improve schools. The results...keep telling us what we already know,” writes Washington Post commentator Valerie Strauss.

“The Nation’s Report Card shows score changes for large city school districts mirror national trends,” announced the headline of a press release for the Council of the Great City Schools, ignoring the enormous problems NAEP revealed in their districts.

Here’s AFT President Randi Weingarten’s reaction to the results, which sidesteps her own role in keeping schools closed far longer than peer countries: “Thankfully, after two years of an unprecedented economic, educational, and social disruption, we have the tools, vaccines, and treatments to deal with Covid-19 and re-establish a sense of normalcy in schools.”

“This was to be expected. It was the price for keeping as many teachers, school workers, children, and their families alive,” wrote former NAACP Legal Defense Fund President Sherrilyn Ifill.

And labor activist and podcaster Jack Schneider: “My two cents: The fact that scores didn’t drop even further is a testament to educators, young people, and families. People did the best they could in an once-in-a-century global health crisis.”

“What is the panic about pandemic learning loss actually about?” asks David Wallace-Wells in The New York Times, while Jay Caspian Kang concludes in a piece for The New Yorker that the real problem is not learning loss but “parental anxiety” about that loss.

Editor’s note: This piece was adapted from 50CAN’s “The New Reality Roundup” newsletter.

Marc Porter Magee is the CEO & Founder of 50CAN.

Ned Stanley is the Vice President of Communications at 50CAN.