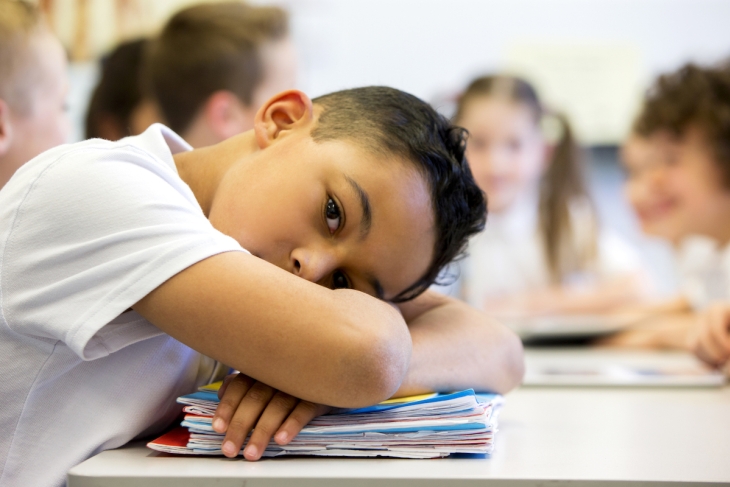 High-achieving students from low-income backgrounds are half as likely to be placed in a gifted program as their more affluent peers, according to our new study.

Arkansas, like all the other states, has a unique process for identifying gifted kids. We wondered whether academically advanced students—the top 5 percent of scorers in math and literacy, who are ready for greater academic challenges—would be placed as gifted irrespective of their socioeconomic background. We examined test scores of third grade students from 2014 to 2019.

We found that of the 4,330 students who made up the top 5 percent, 1,310—about 30 percent—were left out of gifted programming. This rate of identification was about equal across various racial backgrounds, but economic differences mattered. Among low-income students, about 37 percent were missed, a greater proportion than the overall number.

Once we statistically controlled for variation in district enrollment, location, region and differences in gifted selection or school policies, being from a low-income family was associated with a 50 percent lower likelihood of being identified as gifted relative to similar peers from higher-income backgrounds.

States have different gifted identification policies. In Arkansas, students are first nominated by parents, school personnel or community members. Next they are evaluated on multiple measures, including a creativity test. Finally, a team of educators uses all the information to make the placement decision. Arkansas is not alone in using referral as a significant element of the gifted identification process. In fact, many states still use teacher or parents’ referrals as to when a student is screened for gifted services.

Nationally, students from disadvantaged communities, such as low-income communities and communities of color, are underrepresented and are less likely to be nominated for gifted programs than other students.

Other research has found that when nomination is a first step, some gifted students are missed, particularly those from low-income backgrounds.

But screening all students significantly improves the chances that a disadvantaged student who is gifted will be identified for gifted programs. Though this can be costly and time-consuming, it can be done. According to the National Association for Gifted Children’s 2018–2019 State of the States in Gifted Education, for example, there are at least nine states where local LEAs are required to use a universal screening process for referral for identification, and nine where its required for identification.

In the context of this study, we suggest using state standardized tests as universal screeners to increase the number of low- income and other disadvantaged students in gifted programs. These tests are already given to all students, so districts could use the tests without added expense.

We do not know what specific measures were taken into account when students were placed into their school’s gifted programs or not.

We examined gifted identification rates of students scoring in the top 5 percent in both math and literacy in Arkansas. We do not know why so many high-achieving students from low-income backgrounds were not identified as gifted, but we hypothesize the difference may be the result of inconsistent identification practices.

Wealthy parents may be more active in seeking and providing services for their children. And low-income families may lack information, available programs or access to testing services to identify gifted students.

Future research can provide insight into why academically advanced students from economically struggling backgrounds are left out of gifted programs. We would like to know more about how decisions are being made and what criteria are being used to identify students for gifted programs. In addition, ensuring programming matches student needs might lead to serving more students who are ready to learn something new each day.

Additionally, we need to support more research from states that currently use universal screening as a tool to identify gifted students. Such research will enrich the conversation around how to improve equity and diversity in gifted education, which has long been a concern in the U.S.

Editor’s note: A version of this article was first published as a Research Brief in The Conversation.

Bich Thi Ngoc Tran is a Research Associate at The Dartmouth Institute at Dartmouth College.

Sarah McKenzie is the Executive Director of the Office for Education Policy at the University of Arkansas.