Every high schooler in America deserves the U.S. history and civics education I have had 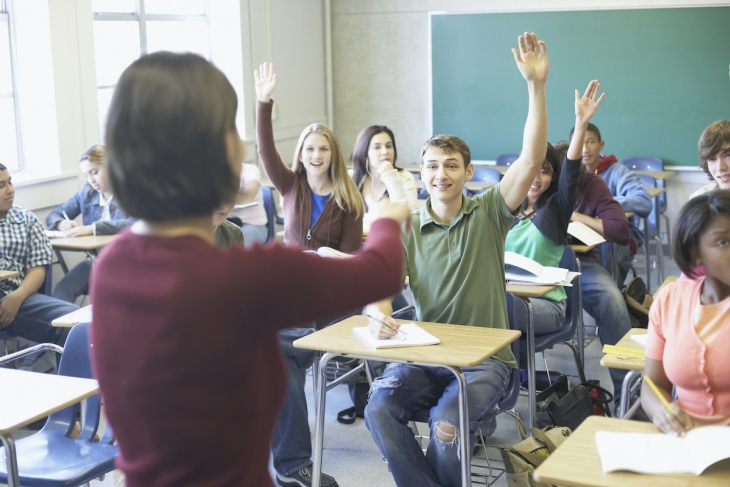 Black Lives Matter protests, raging wildfires, a monumental election, and the global pandemic. As a seventeen-year-old growing up in Portland, Oregon, these past eighteen months have been the craziest I have ever experienced. Never would I have thought that I would essentially miss the entirety of my junior year of high school, forced into taking classes in a solely online environment. Yet quarantine has given me time to reflect on everything I’ve learned throughout my years of school, as well as how I’ve been taught.

After reading Fordham’s report on Civics and U.S. History, I realize how lucky I am to have received a solid education in these subjects in high school—and how helpful it would have been to start learning that content at an earlier age.

I don’t recall learning much history in elementary or middle school, except perhaps that, a long time ago, a large group of men sat in a small, sweaty room and signed a document that led to the establishment of our country. It wasn’t until high school that I received the sort of rich and balanced civics and U.S. history education the report envisions.

As a freshman, my school required me to take a U.S. History: Ethnic Studies class, where I studied topics like the Great Recession and Japanese internment. Although it was interesting, and I am glad to have taken the course, I think it would have been more beneficial and productive if I had known more U.S. history when the course started. As the Fordham Report states, “Before kids can critique something, they need to know something.” I wholeheartedly agree.

My first real introduction to civics and U.S. history came in my sophomore year, when I participated in the We the People High School Constitutional Competition, a program created by the Classroom Law Project to further the civics education of high schoolers around the country. Each year, a maximum of thirty-six students per school are selected and divided into six units, each of which specializes in a different period of Constitutional history, from the philosophical and historical foundations of the American political system to the challenges American constitutional democracy faces in the twenty-first century.

As a member of Unit Five, I focused on the Bill of Rights and the associated U.S. Supreme Court cases. Over the course of the year, I also learned about our country’s founding, important events that have shaped the U.S., and how our government functions.

For me, the program was eye-opening. I had never before realized the importance of learning about our democracy and our Constitution—or just how much there was to learn. Because of the program, I feel the empowerment of being a well-informed and engaged citizen. I also realize how important it is for every student to get a good civics education.

And yet, the harsh reality is that most schools don’t have a program like the one I participated in.

That’s why I agree with the Fordham Report’s vision for civics and U.S. history education. If these subjects were prioritized from the moment students set foot in kindergarten, I believe more of us would grow into politically involved adults. Of my acquaintances at school, only those who were a part of the Constitution Team seem to understand the importance of political participation.

The Fordham Report gives Oregon an “inadequate” overall rating, with a D- in civics and an F in U.S. history. This is consistent with my personal observations, which suggest that my experience has been much better than most of my Oregon peers’.

My hope is that every student in the country can have the sort of opportunities I have had. Our citizens must, as the Fordham Report says, “understand, value, and engage productively with the constitutional democracy in which we all live” in order to, as the Preamble to the Constitution says, form a more perfect union. That starts with stronger civics and U.S. history education.

Cate Bikales is a senior at Lincoln High School in Portland, Oregon.