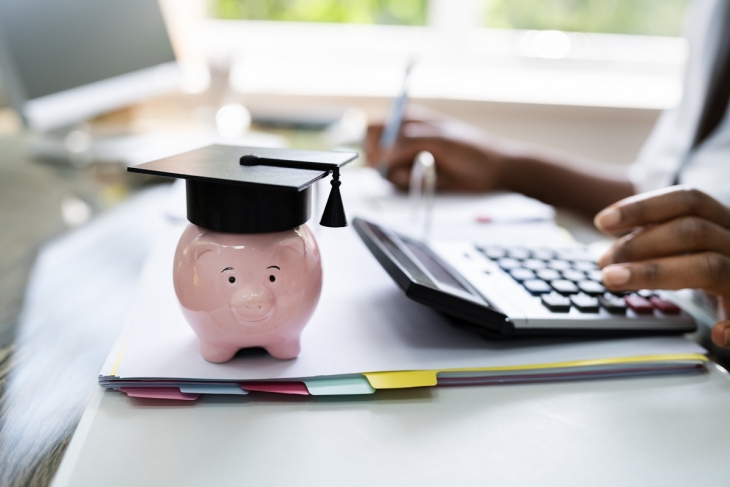 It is widely taken for granted that schools with large numbers of poor students and students of color receive less funding than schools with more white and wealthy students. A recent study digs deeper and, in so doing, shakes up what we think we know.

The study improves upon previous research in multiple ways. First, it taps better data, specifically newly available school-level spending data for 2017–18, cleaned up and housed at the National Education Resource Database on Schools (or NERD$) via the Edunomics Lab at Georgetown University. Second, to measure school poverty levels, it uses not only free and reduced-price lunch (FRL) numbers but also data from the Small Area Income and Poverty Estimates (SAIPE), which are only available at the district level but are more accurate than FRL numbers. Third, it uses the Consumer Price Index to account for regional differences in costs and other adjustments to ensure that spending and per-pupil amounts are properly reflective of the respective area. Finally, it incorporates analyses at the national, state, and district levels to make more detailed and accurate funding comparisons.

The analysts employ a fixed-effects regression model that is weighted by enrollment. Personnel expenditures, teacher salaries, FTE counts, and novice FTE counts come from the Office for Civil Rights database. In a nutshell, the study compares how funding and teacher resources are distributed to Black and Hispanic versus white students and to poor versus non-poor students to determine whether distributions are progressive (meaning they favor disadvantaged kids) or regressive (meaning they favor advantaged kids).

At the national level, the picture is partly regressive. Black, Hispanic, and poor students—per the FRL measure—receive less K–12 expenditures per pupil than white and economically advantaged students (between $400 to $1,200 less per pupil). When they use SAIPE data, however, the researchers find that poor kids actually receive $325 more per pupil than non-poor kids, so the results are sensitive to the measure. What’s more, there is heterogeneity and complexity across states, with some looking progressive when comparing state-level expenditure gaps between poor and non-poor students, while others look regressive when comparing gaps between Black-white and Hispanic-white students.

In terms of allocating teachers, Black, Hispanic, and FRL students have more full-time teachers per hundred students than do their white peers and those who don’t receive FRL. This gap equates to, on average, disadvantaged kids having about two more FTEs per thousand students than their counterparts. They have smaller class sizes, too, although they also have greater exposure to inexperienced teachers (about one additional novice per thousand students).

Finally, the researchers look into what may be driving district-level spending favoring disadvantaged kids and find no evidence that it can be explained by district size, average total district spending, teacher turnover, or the size of the special education population.

It seems that the conventional wisdom about underspending on disadvantaged students is only true at the national level and only when we use the increasingly problematic FRL measure. At the state and district level, the picture changes for the better. This fiscal progress is notable and calls into question at least one type of structural inequality that we hear so much about. Some of the advancement is likely due to historical involvement from the courts. Regardless, education funding policies have improved in ways that appear to balance the scales. That doesn’t mean that the nature of education looks the same in poor and non-poor schools, nor necessarily that resources are adequate to yield the learning gains and gap reductions that we need, which is why we still need to focus on the quality of teaching and learning, especially in places where it gets shortchanged.