Ending poverty as we've known (and measured) it? 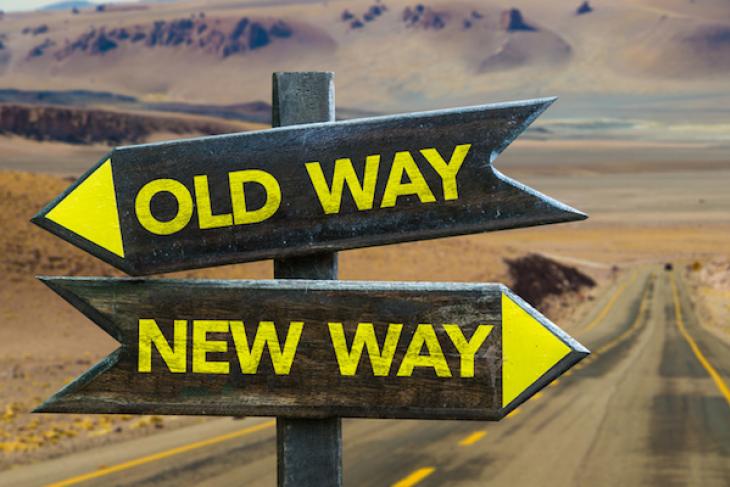 A big surprise—and mountain of confusion—is coming to everyone who cares about educating poor kids, not to mention every policy wonk in the K–12 realm. The definition of “poor” and “disadvantaged” is in flux for the first time in my decades of engagement with K–12 education, and the outcome is going to be a prolonged period of instability and inconsistency. This was noted two years ago by the ever-vigilant Matt Chingos, but the implications haven’t yet sunk in.

For as long as I can remember, the primary gauge of poverty in the education system has been how many students qualify for a free or reduced-price lunch (FRPL) via the federally-funded National School Lunch Program. Eligibility has forever been based on a formula that considers family size and income.

This began—under Harry Truman—with lunch and now often includes school-provided breakfasts so long as one’s school participates in the programs, which are administered by the U.S. Department of Agriculture. They’re entitlement programs, currently costing around $16 billion per annum.

Operationalizing this has always involved a lot of paperwork. Families have to fill out forms. Schools have to distribute, retrieve, and tabulate those forms. There’s some (though not a lot) of verification to ensure that people are truthful. And there’s a lot of bureaucracy entailed in obtaining the subsidies and following the program’s many rules about what can and should and shouldn’t be served. (Is ketchup a vegetable?...)

The costs and hassles are why some schools don’t participate at all. But most do, and the program has grown and grown, such that close to half of all U.S. schoolchildren have been “FRPL-eligible” in recent years.

Which has also meant that the proportion of “disadvantaged” children in our schools has continued to rise even as the Census Bureau says childhood poverty is declining—and why FRPL eligibility has serious defects as a gauge of poverty. Indeed, it seriously exaggerates poverty’s extent—and distorts its locations—among students.

Yet dozens and dozens of other programs—and thousands of policy analysts—have used FRPL eligibility as a proxy for disadvantage when it comes to K–12 students. Indeed, the phrase “poor and minority” is even more familiar in the education cosmos than “career and college ready.” “Minority” brings its own issues, of course, as racial categories proliferate, divide and combine, as more kids scarcely fit any of them, and as some minorities turn out to be far less educationally challenged than others. But “disadvantaged” has forever seemed like a clear and consistent metric thanks to the ubiquity of FRPL. And it’s been the linchpin not just of policy analyses and data reporting—think of NAEP for example—but also of the distribution of many billions of federal and state dollars because all those formulas that seek to throw resources at disadvantage have relied on FRPL eligibility as an essential ingredient. So, too, have school accountability systems at least since NCLB required that “disadvantaged” pupils be treated as a “subgroup” within schools whose academic achievement would be monitored, and for which schools and districts would be held accountable.

That’s all now in flux. The reason—talk about good intentions yielding unexpected consequences—is that a number of districts, especially urban districts, aware that many of their schools had 80 or 90 percent (or more) FRPL-eligible pupils, asked if they couldn’t please just feed all of their students without the paperwork hassle of tabulating individual eligibility.

It made total sense, and Uncle Sam consented. In 2013–14, the Agriculture Department introduced the Community Eligibility Program (CEP) whereby districts and schools with heavy concentrations of low-income students could supply free meals to everyone. Participating districts were immediately spared from having to collect eligibility forms from every family. This made life easier for districts, of course, but it also meant that more kids got fed and fewer went hungry, for there had always been problems collecting those forms. Some kids didn’t want their classmates to know they were poor. Parents lacking proper documentation of their own were wary of government forms. Sometimes there was a language barrier. Mobility, too, was a factor. So yes, CEP makes total sense. Kids need food, and if schools are supplying it, they should supply it to everyone

But—a huge but—the spread of CEP means that fewer and fewer districts and states can use FRPL eligibility as the base for defining and measuring “disadvantage.” And that poses a huge challenge, starting with ESSA accountability, which requires states—if they want to keep getting Title I dollars—to measure “disadvantage” in all their (Title I) schools using a metric that is uniform throughout the state, as well as accurate and verifiable.

Although the distribution of federal education aid, such as Title I, generally relies on Census Bureau tabulations of “families living in poverty,” many states have long used FRPL eligibility as the measure of disadvantage for purposes of distributing their own funds according to formulae that give additional dollars to schools and districts with lots of needy pupils.

But with FRPL no longer able to support a “uniform” statewide system, at least in states where CEP is used by some districts, what are they to use? How will they concentrate dollars on schools full of poor kids? How will they report achievement for the subgroup called “disadvantaged?” And how will all those national data systems that rely on subsidized-lunch eligibility as a proxy for student poverty report how poor kids are faring?

Options are available, but none is problem-free. And what’s to happen when states choose different ones? At a State Board of Education meeting in Maryland the other week—ours being a state where three of twenty-four districts are using CEP district-wide and eight more use it for some of their schools—staff recommended replacing FRPL (which for some reason is known as FARMS [Free and Reduced Meals] in Maryland) with “direct certification,” whereby families receiving benefits from a series of federal welfare-type programs are matched against lists of children attending a particular school to get a nose count of “disadvantaged” students. The virtue of this approach is that it’s all done in “the back office” and families don’t have to certify anything new or fill out any forms. The problems are many, however, beginning with massive shifts for many districts and schools in the proportion of students deemed “disadvantaged.” There are bound to be inaccuracies as multiple bureaucracies seek to match lists that were devised for different purposes and tallied at different times. And the whole scheme will fluctuate whenever rules change for the various welfare programs that undergird it—programs overseen by different Congressional committees and administered by agencies that have nothing to do with either education or agriculture. Worse still, at least for purposes of federal formulas and data systems, other states are opting for different alternatives, such as asking all student families to report their incomes, or using eligibility forms for the families of students who don’t “match” via direct certification.

This mishmash is going to disrupt more data series, more trend lines, more analyses, and more formulae than you can count—certainly more than I can count. It will be erratic, unstable, uneven, and vulnerable to all sorts of glitches, changes, and reporting problems. And it’s going to disrupt any number of other programs and benefits that have been linked one way or another to FRPL eligibility, such as the connections that already exist among school meals, food stamps, and Medicaid.

I’m certainly not defending FRPL, which has long had its own full measure of challenges and malfunctions, as well as many reports of fraud, waste, and abuse. And there’d be no point in defending it, considering how CEP has already invalidated it in many places as a measure of disadvantage and a proxy for poverty. I’ve never understood why Census data haven’t been used routinely in K–12 education, as they are in so many other sectors and program domains. All I can say is watch out for the chaos ahead.