Liberation theology is no savior for low-income schools 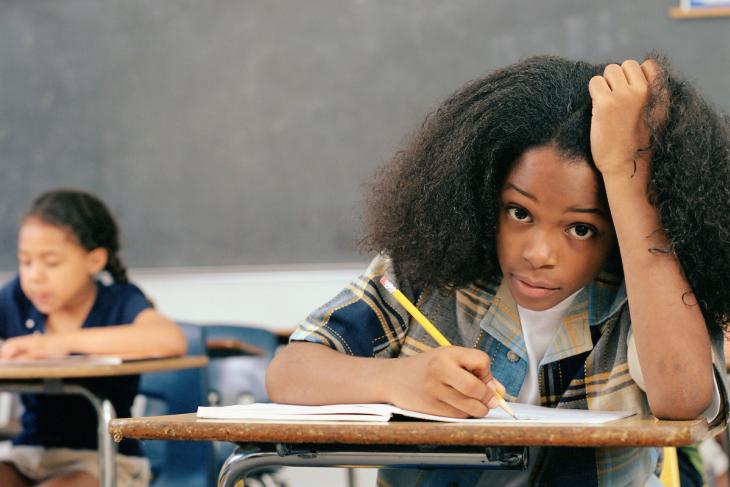 For better or for worse, hard-left politics continue to cast an outsized shadow over the education sector. Nowhere is this more prevalent than within the echo chamber of ed school thinking, where the tweed-jacketed have their feet firmly planted in midair with regard to the nation’s most pressing education challenges. This goes doubly so for low-income schools, where the academy’s hubris makes for swell sounding monographs, but often has little grounding in the difficult work required to raise student performance.

The latest entry from the hallowed halls of ivy came last month from Harvard’s Jal Mehta in the form of a breathtaking Education Week blog post, “Why Equity Has Been a Conservative Force in American Education—And How That Could Change.” In his piece, Mehta lambasts the effects of No Child Left Behind (NCLB)—specifically with regard to standardized testing—and uses equity as a vehicle for painting an unrecognizably cartoonish picture of classroom practice. Reading between the lines, Mehta’s missive also takes aim at the high-performing “no excuses” charter schools that have done so much over the last twenty years to alter the life trajectories of their young charges.

Mehta is generally considered a thoughtful writer on education, especially with respect to the system’s origins and how its limits have been exposed with the increasing demands placed upon it. No fan of the emphasis upon accountability, testing, and the related accouterment, he is a proponent instead of spending more time and effort on professionalizing American education. Few would argue this point. In fact, conservatives also believe it’s time to professionalize teaching (albeit in ways that Mehta might find less than satisfying). But his newest offering couldn’t be more misguided or removed from reality.

Consider Mehta’s carping on NCLB. His grievance is with the law’s narrow focus on reading and math as well as a testing “mindset” that continues to persist. Mehta writes: “Urban schools and districts continue to be run in more authoritarian ways than their suburban counterparts, and students in disadvantaged schools continue to be more subject to test-driven pressures.” This might be a compelling point were it not for the significant number of students, especially low-income minorities, who have benefited academically from the law’s accountability strictures.

It never ceases to amaze how NCLB’s critics—including Mehta—rarely feel burdened to marshal any research before using the law as a convenient punching bag. In fairness, he is not alone in ignoring the evidence that accountability helps improve student outcomes. The law was by no means perfect, but its framers did the best they could with the cards they were dealt. And ultimately, NCLB’s benefits outweighed its downsides.

After all, it’s easy to forget that, before NCLB, states were all over the map when it came to which students were tested and whether or not there were any repercussions. (Iowa and Nebraska had no testing at all!) Without the law, we wouldn’t have gained the benefits and insights that came with disaggregated data by subgroup. But more importantly—contrary to popular opinion—the law actually worked when it came to meaningfully improving student performance.

Next, there is Mehta’s gross mischaracterization of the difference between schools located in affluent neighborhoods versus those serving less-advantaged ones. In what might be charitably described as borderline Alfie Kohn because of his dystopian views of urban schools, Mehta suggests low-income schools currently inhabit a joyless world where students are “batch-processed” and denied the liberating fruits of “rich and more holistic” approaches. While there’s a kernel of truth to this, urban schools don’t have to be this way—and taking the eye off of the ball on reading and math certainly won’t help. If anything, we need to reaffirm our commitment to ensuring that all students—especially those most often marginalized by society—are armed with the knowledge and skills needed to thrive.

At the crux of his reasoning, Mehta attempts to make the case that “liberatory design” is the clear alternative to his distaste for the reform movement’s focus on closing the achievement gap. Mehta writes:

“Much of the traditional literature assumes that the leader is the hero, the members of the organization are the resistance, and the central challenge is to achieve ‘buy-in’ via ‘change management.’ A liberatory design approach, by contrast, assumes that teachers and students would like to develop engaging, meaningful learning experiences, and that the problem is not them but the institutional structures and culture of schools that constrains them.”

Instead of test scores, Mehta believes schools should rely more upon “the lived experiences of students in schools” (whatever that is). Erecting one of several straw men, Mehta says the current “command and control” approach is a deficit-based one from which students can be freed if they are given greater agency and worked with rather than acted on.

Mehta’s proposed paradigm shift is worrisome for a number of reasons. Setting aside the amorphous language—with no evidence provided to support how liberatory design would improve student outcomes—Lisa Delpit pointed out decades ago that such progressive methods for low-income students simply don’t work. Moreover, Mehta’s proposal might even cause greater harm in low-income schools if implemented at scale because these approaches too often blithely ignore their complicity in impeding the progress of minority and low-income students.

Unfortunately, ideological-progressive forms of education espoused by adherents like Mehta have historically never worked with disadvantaged students. There’s more rhetoric than substance, and no real urgency for addressing the nation’s glacial pace of improvement (e.g., more than 140 years to close the international gap in math; 228 years to close the black-white gap in wealth). As NCLB moves further into the rearview mirror, it’s even more important for us to get our priorities straight, start with the low-hanging fruit, and not get distracted by faddish enthusiasm for the unproven.

No state has demonstrated an ability to deliver excellence at scale, especially for poor and minority students. But states that have embraced standards-based accountability, school choice, and other key levers have shown outsized progress. It hasn’t been easy, and the work is by no means finished, but there’s plenty of indication that we’re on the right track. Let’s be pragmatic and build upon what we’ve learned over the last two decades instead of overcompensating for where we might have stumbled.