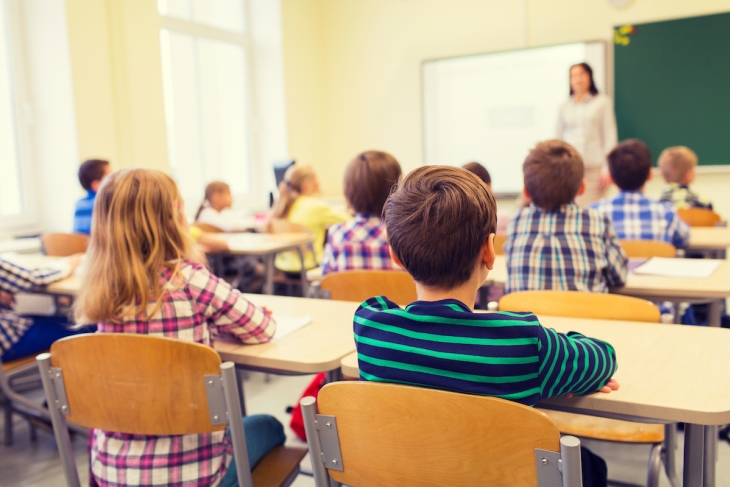 Editor’s note: This was first published by Newsweek.

Teachers are frequently reminded during their careers to “meet the students where they are.” It’s a common-sense idea: There are things students know and can do today, and other things they should be able to do eventually. In between is the sweet spot for learning and growth. Going too far outside students’ current comfort zone is a recipe for frustration.

What’s true of teaching is also true of politics. Voters have ideas they currently favor, and others they might someday adopt. But as Democrats learned the hard way in Virginia earlier this month, both won’t happen all at once. So long as they continue to misunderstand America’s relationship with its schools, Democrats are unlikely to gain the upper hand on education anytime soon.

Here’s the thing: Education is inherently “progressive.” At least in principle, it’s an engine of social progress, fairness, and upward mobility. It’s closer to Robert F. Kennedy–style progressivism than the radical views of “The Squad,” but education aligns with the outlook and goals of multi-racial, working-class progressivism.

It’s a common observation—often a complaint—that the basic structure of school hasn’t changed in centuries. Kids sit at desks, teachers stand in front of the room, and the academic diet leans heavily on the best that has been discovered, thought, and created: our language, literature, history, scientific discoveries, and artistic achievements. This default mode is by definition culturally “conservative.” If this basic playbook hasn’t changed in centuries, it’s because we have resisted disrupting it. It’s an enduring cultural habit that still resonates with a majority of Americans.

Today’s progressives, by sharp contrast, have never met an institution they didn’t want to upend. They do not see or appreciate the role Americans have assigned to schools. As data scientist and Democratic wunderkind David Shor has noted, the party is dominated by elite, ideologically committed young staffers. Their policy preferences do not meet the voters where they are—at least not moderate voters with strong ties to local schools.

This disconnect is not limited to angry White suburban mothers, the group being scapegoated for the Democrats’ poor showing in Virginia and New Jersey. Stephanie Saroki de Garcia—the cofounder and managing director of Seton Education Partners, which operates schools exclusively in low-income Black and Brown neighborhoods—recently revealed, “We have not had a single one of the parents of our 5,000 students that we’re serving saying, ‘We want you to do more of this antiracist work.’” Parents prize safety, academics, and character formation. Privately, the leaders of ostensibly “woke” charter schools echo and amplify Saroki’s observation. But they have the same problem as the Democrats: a need to hold on to the young, ideologically committed “base” who staff their schools.

Americans have long given poor marks to public education at large, but they reliably give “A’s” and “B’s” to their own child’s school. This is not a paradox. Education is an abstraction; school is a familiar place. Parents want to assume that their local public school is safe, reliable, and available—and that it will adequately prepare their children for college, the workplace, or other opportunities. Belief in this progression drives parents’ resistance to anyone trying to tinker too much with the formula.

In the final days of his failed campaign, Terry McAuliffe brought in teachers union president Randi Weingarten to make a final pitch to parents—to the delight of Republicans. The Democrat seemed unaware of Weingarten’s status as the person most blamed, fairly or not, for keeping schools closed. Days earlier, he campaigned with former president Barack Obama, who insisted, “We don’t have time to waste on phony culture wars or fake outrage that the right-wing media is peddling.” Another tone-deaf swing and miss: A school is nothing if not a cultural institution. By their very nature, schools are better suited to reflect and reinforce the existing social contract than to challenge it.

The Virginia results suggest that Democrats have two options on education. The first is to listen to parents, take a cue from teachers, and meet the voters where they are. The second option is simpler: lose more elections.