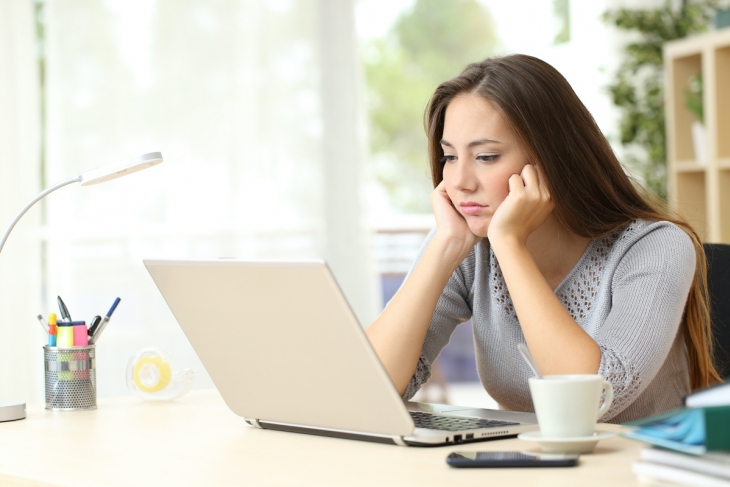 In the song “Ballad of a Thin Man,” Nobel Laureate Bob Dylan penned an iconic refrain that asks: “But something is happening/And ya’ don’t know what it is/Do you, Mister Jones?” That refrain seems an apt way to describe what K–12 education stakeholders are sensing as they reel in response to Covid-19 shock.

The thoughts and reactions of teens and parents to the pandemic are a good place to begin to gauge front-line consumer reactions and get a glimpse of what might come next. So let’s examine what the nation’s teenagers say about how they’re doing emotionally and educationally after a year of Covid-19—and what parents are saying and doing about their child’s education.

In general, teens report that, though school related issues have improved, their health and happiness have declined. They’re hoping not to return to the “old normal” at school next year. Meanwhile, parent dissatisfaction with how schools have responded to the pandemic is growing, and they’re choosing different options for educating and supporting their children.

The information on teens is based on a February 2021 survey conducted by Morning Consult for EdChoice and a November 2020 Gallup poll. The adult perspectives are based on U.S. Census Data and surveys conducted by Gallup last summer, MassINC Polling Group in the fall, and Education Next over the winter. More specific takeaways are explored below.

The Morning Consult poll queried a nationally representative of one thousand teens aged thirteen to seventeen, and was a follow-up of a similar survey in August 2020. It had five key findings.

First, teens report their health, happiness, and relationships decreased since the pandemic began. More than half report their stress (63 percent), motivation (54 percent), anxiety (53 percent), and mental health (51 percent) have worsened. They’re also more likely to say that their happiness, friendships, family finances, and physical health have deteriorated. When asked to express “what three words best describe how you feel about school right now,” the top five emotions were stressed, bored, stressful, tired, and unmotivated.

The one area where the situation has either stayed the same (41 percent) or gotten “somewhat” or “much better” (32 percent) is relationships with their immediate family.

Second, concern about the pandemic is lower now than at the beginning of the school year, though is still high. From August 2020 to March 2021, the share of teens reporting some level of concern about the pandemic decreased from 81 percent to 72 percent. That decrease was primarily among those feeling “very concerned,” dropping from 39 percent to 31 percent. And those indicating they are “not that concerned” or “not at all concerned” decreased from 17 percent to 14 percent.

Fourth, when it comes to implementing mask-wearing policies, nearly six in ten (57 percent) full- or part-time school attendees rate school as “above average” or “excellent.” Commenting on other safeguards taken in schools, only slightly more than three in ten rate their school as “above average” or “excellent” when it comes to “installing physical barriers such as plexiglass” (27 percent) or implementing “six feet [social distancing] policies” (27 percent).

Full- or part-time school attendees also report having more resources today than they did in August 2020, including access to teachers, a quiet place to study, and to the internet, computers, or similar devices for schoolwork, with all of these improving by at least 9 percentage points.

The November 2020 survey conducted by Gallop reinforces many of these findings. Supported by The Barr Foundation, it involved one thousand high school students. It found that large majorities are deeply unsatisfied with their academic experience, feel behind academically, and are disengaged from teachers, peers, and coursework. For example, less than two in ten say they “learn a lot every day” (18 percent) and are “excited about what I’m learning” (17 percent), down from pre-pandemic levels.

Pandemic shock is also affecting parents. The summer 2020 Gallup poll reports that the proportion of parents saying they were “completely satisfied” with public schools going into the 2020 school year dropped 9 percentage points from the prior year, to 32 percent from 41 percent.

This dissatisfaction is driving some of them to vote with their feet, withdrawing—or not enrolling—their children in schools. Gallup further reports that parents homeschooling their child almost doubled, to 10 percent from around 5 percent. And those enrolling their child in a public school decreased 7 percentage points, to 76 percent from 83 percent.

The homeschooling number is reinforced by new data from the U.S. Census. It also found homeschooling increased, to 11 percent of households from 5 percent, even after a clarification was added to the question to ensure households were reporting true homeschooling rather than virtual learning through a public or private school.

The Education Next survey also found shifts away from traditional district-run public schools, including a decline in district public school enrollment to 72 percent of students from 81 percent between the spring and fall of 2020. It also found an increase in homeschooling to 8 percent from 6 percent, along with increases in private school and charter enrollments. Though the increases were too small to be statistically significant, they track with the other surveys.

As for the MassINC Polling Group, it was also supported by The Barr Foundation and surveyed 1,549 parents of school age children in October 2020. Around half of parents say there is a range of negative impacts on their children, including academic learning (52 percent), mental and emotional health (49 percent), opportunities for friendship (58 percent), and social and behavioral skills (49 percent). Almost three in ten (28 percent) see their children falling behind grade level compared to a previous survey in May 2020, when around two in ten (22 percent) said the same. Those parents who enrolled their children in different schools or a learning pod or hired special tutoring assistance reported more positive feelings about all these issues.

How much of this will “stick” beyond the pandemic? No one knows for sure. But it seems reasonable to bet that some will. For example, an NPR/Ipsos national poll found that almost three in ten (29 percent) parents are likely to continue with remote learning indefinitely. That included about half of the parents who are currently doing it.

Indeed, school district leaders sense change is underway, and some are responding to give students and parents more options than the “old normal.” A RAND Corporation analysis of a survey from their new American School District Panel, which consists of leaders of more than 375 school districts and charter management organizations, found that about one in five are considering a remote school option after the end of the pandemic. For example, Cobb County in Georgia serves more than 112,000 students. It’s the second largest district in the state and twenty-third largest in the nation. Superintendent Chris Ragsdale announced that the district would enact a classroom choice program for the 2021 school year. The online learning will be supported through Cobb Online Learning Academy along with Cobb Horizon Academy and Cobb Virtual Academy.

Covid-19 school shock has dismayed young people and their parents. So something is happening. And we don’t know what it is entirely. But we do know it has catalyzed their determination to respond in new ways. Our best hope is that our emergence from the pandemic positions them for what could be a new era in educational excellence, one in which families have more direct control over, and options for, their child’s education. One that gives our children an effective education that prepares them for opportunity and success.