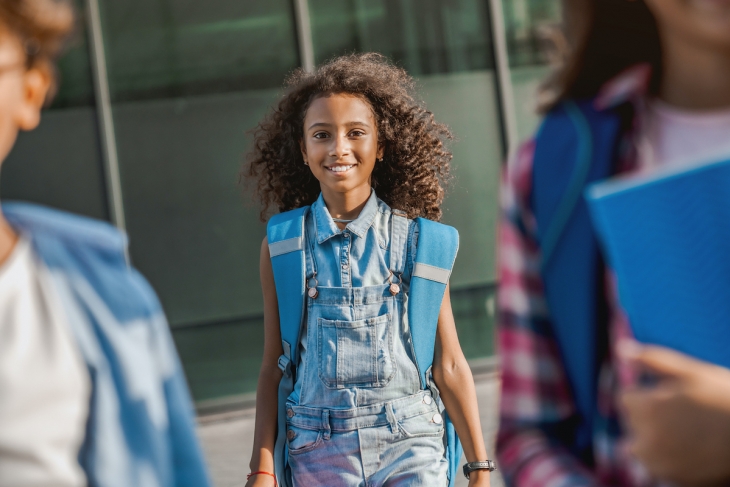 Education wasn’t explicitly on the national ballot in 2020, but education is always on the ballot, even when you don’t see it. Now that the election is behind us, education reformers can focus again on states and communities, where most of the important decisions about K–12 education get made.

Before the election, too many jurisdictions were trapped in a stalemate between reformers pushing for more parent choice and choices, such as charter schools, and teachers unions holding fast for the status quo but asking for more money. Fortunately, about twenty urban districts around the country are exploring a more promising “third way”: the creation of autonomous, accountable district schools. Particularly in urban America, it is imperative that we replace centralized, standardized, industrial-era systems with more decentralized, student-centric schools designed for today’s world.

Such schools are known by a variety of names: innovation schools, partnership schools, renaissance schools, and pilot schools. The most effective models are nonprofit schools governed by independent boards of directors separate from the local school board. In some districts, such as Denver and Springfield, Massachusetts, innovation schools are organized into “zones” with a single board of directors for a group of schools within each zone.

Zone or innovation school boards negotiate schools’ performance contracts with the district, usually for five-year terms. Those contracts include clear metrics for success that the schools must meet for the agreement to renew. This creates an urgency to improve academic growth because the consequences for failure are real, including replacement of the team that runs the school.

In exchange for heightened accountability, innovation schools are granted increased autonomy because students achieve more if those who understand their needs best—principals and teachers, not a remote central office—have the flexibility to make decisions that affect their learning. Best practices dictate, as in the case of Indianapolis’s innovation schools, a blanket grant of autonomy over all day-to-day school operations, including school design, curriculum, personnel, the school calendar, and so on. The board hires the school leader, and the school leader hires the staff.

Innovation schools have the same access to per-pupil dollars, support services, and facilities as do the traditional district-operated schools, and their student demographics and tests scores are included with the traditional schools’ for state accountability purposes. Thus, as they improve, the district gets the credit, with little added cost.

Because the innovation schools usually occupy district buildings, the district can place them where it needs better schools. District leaders are often frustrated by the arrival of independent charter schools that attract enough students to create overcapacity in district schools, triggering fiscal stress for the district. With innovation schools, districts can avoid this by converting buildings rather than adding buildings.

This third way takes advantage of the autonomy and accountability that have made urban charter schools so effective while leaving districts in the driver’s seat. Someone needs to steer, after all: to monitor and regulate; to define the right mix of schools; to make sure they are in the right spots geographically; to continually adjust the supply of schools to the demand; to replace failing schools with stronger schools; and to ensure equity

This approach is already being used in places as diverse as San Antonio, Indianapolis, Denver, and Camden, New Jersey. In cities where it’s being implemented with fidelity, it is producing rapid improvement. This should spark interest in districts that are still struggling to increase educational equity and grow student achievement, particularly for Black and Brown kids—in much of urban America, in other words.

Of course, the tricky part is figuring out how to do this. To explain, we at the Progressive Policy Institute (PPI) created a guide, complete with implementation steps, lessons learned from those doing this work, and “do’s and don’ts.” In places where innovation schools flourish, they are creatures of enabling legislation, so we include model state legislation. It empowers district leaders to establish autonomous schools and zones, exempts those schools from many administrative regulations and statutory provisions, and subjects them to heightened accountability for performance.

Many states require their departments of education to intervene if a district-run school has received a failing grade for a number of consecutive years. It’s a strong incentive, but it doesn’t usually work and often wreaks havoc. Ideally, states should use both this stick and a carrot—innovation school legislation that provides extra money for turnaround schools. That way states can hand districts an effective tool to turn schools around before the state intervenes.

But autonomy should not be reserved for failing schools. Happily, some districts have learned that it also benefits schools that want to go from “good to great”—or even just to move the needle. While innovation schools can be neighborhood schools, schools of choice or a hybrid, they also represent an opportunity to create enrollment systems to increase diversity within schools by race and income.

Though permission and financial incentives from the states can help, this third-way approach will not work unless local leaders buy in completely. The guide addresses the planning and strategizing communities need, from communication plans to strategies to gain central office staff buy-in to the development of talented school leaders.

If timing is everything, and it always is, it’s important to note that the election wasn’t the only “big deal” event in 2020. The traumas of 2020—a pandemic that shut down most public schools and social unrest following police shootings—shocked most Americans. As we wait for a fresh start in 2021—a new administration, a vaccine, and a relentless focus on ending systemic racism—the time is right to ask how we can create a more just and effective system as we reopen our schools.

Tressa Pankovits is associate director of the Reinventing America’s Schools Project at the Progressive Policy Institute.

David Osborne is the director of the Reinventing Schools Project at Progressive Policy Institute, and the author of Reinventing America’s Schools: Creating a 21st Century Education System.