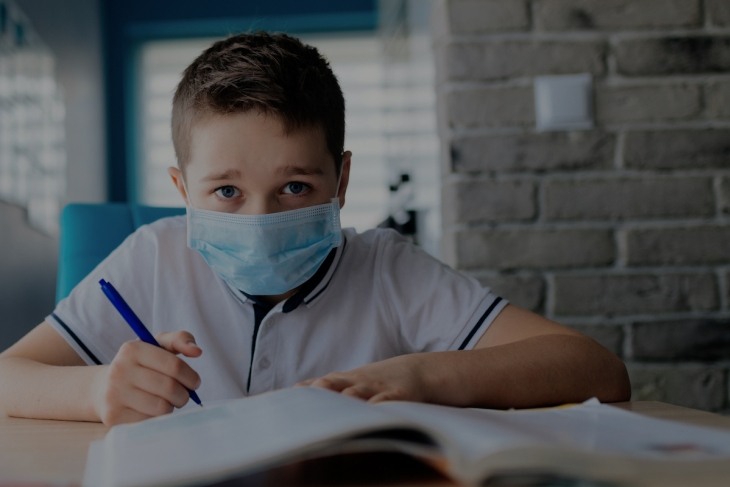 In the Center for Reinventing Public Education’s latest report, I was shocked to read that, “less than a third of reviewed district reopening plans reference intervention strategies to help targeted students make up learning they may have lost during spring or summer.”

Perhaps K–12 leaders’ lack of attention to remediating learning losses is due to a lack of understanding of how much is at stake, not just for millions of children, but also for the economy and future levels of social and political conflict in America.

Before Covid-19 arrived, U.S. companies were experiencing a rapidly worsening talent shortage. As CNBC reported, “a recent survey from the Manpower Group, a job placement firm, found that nearly seven in ten employers reported talent shortages in 2019, the worst level ever and a jump of 17 percentage points from just a year ago. It’s also more than three times higher than a decade ago.”

At the micro level, this talent shortage leads to three negative consequences.

First, companies that can attract scarce talent have been much faster to adopt new technologies, which has enabled them to grow faster than their peers. An analysis by McKinsey and Company found that, “the top 10 percent of companies now capture 80 percent of positive economic profit.... [Moreover], after adjusting for inflation, today’s superstar companies have 1.6 times more economic profit, on average, than the superstar companies of twenty years ago,”

Second, these companies’ superior profitability enables them to offer higher pay than competitors to attract more and more scarce talent, which strengthens their competitive advantage while also worsening income inequality.

Finally, due to a growing number of companies’ inability to attract talent and compete more successfully, they have been barely holding on in recent years. The Covid-19 shock will very likely drive many of them out of business, as you can see from daily reports of the rising number of business bankruptcies.

Moving from the micro to the macro level, increasing the supply of talent is critical to improving America’s rate of productivity growth, which will likely have a decisive impact on our nation’s trajectory over the next decade.

Let me explain why.

To offset the pandemic’s economic shock, nations have borrowed an enormous amount of debt and added it to the near record amounts that were already outstanding. In the future, repaying this mountain of debt will require either prolonged austerity or much higher growth, which is far more preferable.

However, with an ageing population, declining birthrate, and constraints on immigration, faster economic growth can only occur if labor productivity sharply increases.

Some analysts believe that it is only a matter of time before increasing investments in automation and artificial intelligence technologies lead to this increase. Others aren’t so sure.

But in “Digital Abundance and Scarce Genius,” Seth G. Benzell and Erik Brynjolfsson find that the shortage of talented employees is the most important constraint on the faster deployment and diffusion of advanced technologies across the economy and realization of hoped for productivity gains.

Unfortunately, in “The Global Talent Crunch,” Korn Ferry concluded that, “the United States faces one of the most alarming talent crunches of any [of the twenty countries] in our study.”

In sum, failure to address America’s talent shortage will very likely lead to lower productivity and economic growth, more struggles to service unprecedented levels of private- and public-sector debt, further weakening of competition in many industries, worsening inequality, and intensification of our already high levels of social and political conflict.

Given what’s at stake, I am alternately mystified and horrified by the short shrift that many districts are apparently giving to the critical need to make up the learning losses that have been suffered by many of our nation’s 51 million K–12 students.

And I’m not alone.

McKinsey recently concluded that, by 2040, failure to recover Covid-19 learning losses could lead to a loss of 0.8–1.3 percent per year of U.S. GDP.

The majority of parents are also worried. According to Pew Research, across the United States, 64 percent are concerned about their children falling behind in school because of the coronavirus outbreak. This rises to 76 percent among lower-income families.

Given these warnings, I wish I could be optimistic about what lies ahead in K–12. But I’m not.

As Philip Tetlock explained in his book Superforecasting (and I learned during four years on his Good Judgment Project team), the most accurate forecasters start with base rate data, and then regularly update them with new evidence.

When it comes to remediating learning losses, the base rate data are bleak. For example, NAEP and state testing results, along with previous research by ACT Inc., have shown that, before Covid-19 arrived, recovering from learning losses was already a nationwide challenge that few districts met.

To be sure, recent evidence shows that ideas for remediating learning losses caused by the pandemic are out there, like wider use of acceleration and tutoring (e.g., “Acceleration Not Remediation: Lessons from the Field,” by Simaran Bakshi and David Steiner and “The Impressive Effects of Tutoring on PreK-12 Learning,” a new meta-analysis by Andre Nickow, Philip Oreopoulos, and Vincent Quan).

But when more than two-thirds of CRPE’s sample of district reopening plans don’t even mention strategies for remediating learning losses, widespread and effective implementation of these and other ideas seems very unlikely.

At this point, it is hard not to conclude that Covid-19 learning losses are likely to be permanent.