A commission on teaching American history might do some good 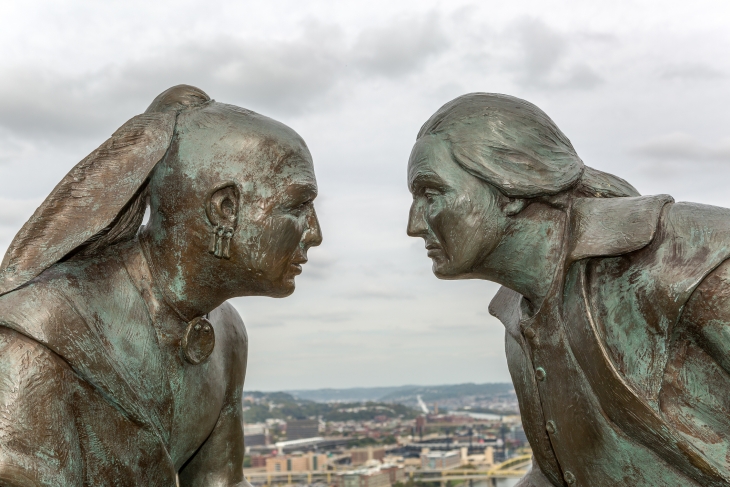 President Trump caused a stir last week when he celebrated Constitution Day by attacking the “radicals” who “want to burn down the principles enshrined in our founding documents” and calling for a 1776 Commission. It echoed his comments from the Fourth of July, when he warned that “our children are taught in school to hate their own country, and to believe that the men and women who built it were not heroes, but that they were villains.”

Much of what the president said was right on the money. American schoolchildren should not be taught to hate their country, or to view it as an “inherently racist” or “white supremacist” nation. But with Trump as the messenger, this message got lost as it was refracted through the media. Instead of hearing an argument that history should be taught in a balanced, clear-eyed way—both the good and the bad—what millions of Americans heard instead is that we should turn history class into a jingoistic exercise—a field day for the nation’s humorists.

For those of us who care deeply about how our history is taught to young Americans, it can’t be a positive development that this is turning into a culture-war wedge issue, now identified with Trumpy Republicanism. Yes, it feels good to us conservatives for someone to punch back pseudo-scholars who seek to besmirch the story of our founding. After all, as George Will argues, the heart of American conservatism is the defense of the nation’s founding principles, as articulated in the Declaration of Independence and brought to life in the Constitution.

But to move forward constructively, it would be much better for a broad coalition of the center-right to the center-left to embrace a teaching of history that is clear-eyed, patriotic, and critical. Otherwise we might end up with “red history” and “blue history” when what we need is purple history. As Washington Post columnist Max Boot argued this week, maybe a commission empaneled to find middle ground isn’t such a bad idea—especially given how desperate we are today for something to bring our country together rather than tear us further apart. And given the happy ending to the Advanced Placement U.S. History controversy, perhaps middle ground is in fact findable.

The background reading for such a commission should include two chapters from How to Educate an American: Jonah Goldberg’s “Irradiating the Past,” and Eliot Cohen’s “History, Critical and Patriotic,” later turned into an Education Next cover-story.

First, from Goldberg, an acknowledgement that of course we should teach America’s history, warts and all, including the horrors of slavery:

Only fools and bigots could belittle [slavery’s] evil. Yet slavery’s resonance in America comes not from its evil but from the founders’ hypocrisy. Since the Agricultural Revolution, nearly every civilization practiced slavery, but none also claimed to believe that “all men are created equal” and that they are “endowed by their Creator with certain unalienable Rights....” The staggering hypocrisy of slavery is regrettable in one sense, but glorious in another. Hypocrisy is only possible when you have ideals....

A decent, patriotic, and most important, honest education system would not belittle past sins. It would teach these sins to students—future citizens—to show that, while there is always more work to do toward our ideals, those ideals generate our progress and prosperity.

And from Cohen, a call to attach our students to our democracy:

Civic education requires students engage with their history—not only to know whence conventions, principles, and laws have come, but also to develop an attachment to them. And civic education is also inextricably interwoven with patriotism, without which commitment to the values that make free government possible will not exist. Civic education depends not only on an understanding of fundamental processes and institutions (for example, why there is a Supreme Court, or why only Congress gets to raise taxes or declare war) but on a commitment to those processes and institutions, and on some kind of admiration for the country that created them and the men and women who have shaped and lived within them. In a crisis, it is not enough to know how the walls were constructed and the plumbing laid out in the house that Madison, Washington, and Lincoln built. One has to think that the architects did remarkable work, that as their legatees we need to preserve the building even if we modernize it, and that it is a precious edifice like none other.

I suspect that these sentiments attract widespread support. But what some in the center and on the left may not understand is how offensive some revisionist historians have been to these common sense notions. As Boot explains with respect to the New York Times’s controversial 1619 Project:

It has come under fire from distinguished historians (nary a conservative among them) for mistakenly claiming that support for slavery was a principal cause of the American Revolution. Even one of the historians consulted by the Times warned its fact-checkers that the “the protection of slavery was not one of the main reasons the 13 Colonies went to war,” but her correction was ignored.

Or take the famous Howard Zinn textbook, A People’s History of the United States. Central to its narrative is the premise that the world is, always and forever, divided into oppressors and the oppressed. This is a deeply cynical idea, though resurgent today in discussions of “anti-racism” and “critical race theory.” Do its adherents expect conservative-leaning parents—scratch that, most parents—to welcome this ideology into their children’s schools with open arms?

The job of a well-constructed 1776 Commission, then, would be to construct a demilitarized zone between the weaponized histories of the far left and the far right, forging one that is honest, critical, and patriotic. And most importantly, one that empowers the next generation to stand on the shoulders of giants and help our country get closer to living up to its founding ideals.