Charter school achievement in D.C. was decimated by the pandemic. Here’s what we can learn from that. 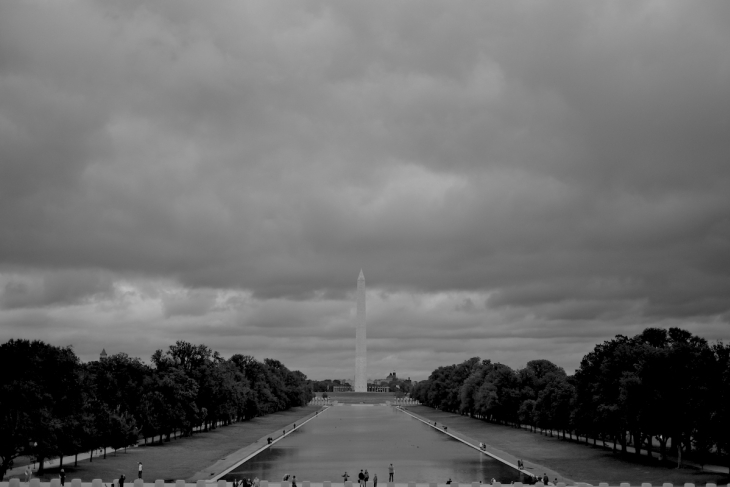 While the NAEP results released earlier this month told us a lot about how students fared nationally, a new round of state tests is much closer to home. That makes it harder to talk about because these results are connected to individual decisions that leaders made during the Covid-19 crisis, as well as the children in specific communities we know and love.

These data shouldn’t be used as a hammer to punish decisions made in a difficult moment in time when our public health officials struggled to provide clear guidance to schools and prevent fear from overwhelming the facts. It can and should be used as a flashlight to help illuminate why student achievement dropped where it did and what it will take to get it back. Transparency is a core value of education reform that we need now more than ever.

In Washington, D.C., for example, one figure stands out: 9 percent. That’s how many Black boys met expectations in math on the recently released 2022 student achievement results in the city’s district schools. On the eve of the pandemic in 2019, 17 percent of Black boys in district schools met those same expectations. The word “disaster” is used a lot lately, but it is absolutely the right fit here.

But what about the other half of D.C.’s schools, the charter sector? Sadly, 9 percent is also the percentage of Black boys in D.C. charter schools who met math expectations in 2022. That’s down from 22 percent in 2019, an even sharper decline than in Washington’s district-operated schools.

The charter school sector in D.C., which has achieved so much success over the past decade, seems to have had a particularly difficult transition to an all-virtual environment. This shouldn’t be a total surprise, considering that virtual charter schools across the country have displayed weak results over the years. As 50CAN, of which I’m CEO and founder, wrote in our joint 2016 report with the National Alliance for Public Charter Schools and the National Association of Charter School Authorizers, “at the same time that full-time virtual charter public schools have seen significant growth, far too many have experienced notable problems... The well-documented, disturbingly low performance by too many full-time virtual charter public schools should serve as a call to action.”

Now that D.C. charter schools are back in person, they will need all the effort they can muster—and all the support we can provide—to help their students get back on track.

Indeed, a review of school-level data suggests that student achievement in some of D.C.’s most prominent charter schools dropped by previously unimaginable amounts. For example, four KIPP elementary schools that in 2019 led the D.C. charter sector in performance—and served as national models of excellence for schools around the nation—saw their percentage of students meeting math expectations drop 40 points or more. So the situation is grim, but D.C. should be commended for providing an honest accounting of where students stand.

So, what can we learn from these results?

The primary lessons from D.C. are the same ones that leaders will likely draw from most cities nationwide. As discussed below, the evidence increasingly points toward extended school closures as the biggest driver of the huge drops in student achievement we are seeing in district schools and charter schools on nearly every test—not only in D.C., but also across the country. Or as Mike Bloomberg put it in a recent Washington Post op-ed on the nationwide drop in student achievement: “Blame for these dismal results lies mostly with poorly designed and implemented remote instruction programs that stretched on far too long—and long after vaccines became available.” Bloomberg makes the case for funding “deeper and more aggressive interventions,” including in-person learning opportunities during the summer, after school, and on weekends.

Another core value of education reform is parental choice, and it’s worth exploring the challenges we experienced in trying to uphold this value in a time of crisis.

As Derrell Bradford and I argued in USA Today in August 2020, given the stakes involved, we couldn’t afford a one-size-fits-all mindset. Instead, every parent in America deserved the right to choose not just between district and charter schools, but between in-person and virtual learning for their children—and D.C. charters didn’t give families that choice.

If we ever face another health crisis that threatens to shut down schools, it will be wise to look to the example of America’s Catholic schools. Nationally, 92 percent of Catholic schools made the decision to offer their families the choice of sending their children back to their school buildings or continuing with a virtual option. That compares to only 43 percent of America’s district schools and just 34 percent of charter schools that gave their families the same choice.

We will never know exactly how many families would have chosen that in-person option if offered one, but the experience of urban Catholic schools that serve students from the same neighborhoods as charter and district schools suggests that once the option was made available, a large percentage of families likely would have chosen to send their children back to school. Steady leadership in a crisis can make all the difference.

With everything we have learned, where should we go from here? Now, more than ever, we need to put kids’ needs first. That means designating schools as essential services so that we never find ourselves in a situation where we close schools while keeping bars and restaurants open. It means investing in funding systems that provide families with the resources they need to choose in-person summer camps, tutoring, and after-school programs to help their kids catch back up.

Given the enormous gaps we need to fill, we should also make room in these investments for new programs and new approaches and quickly and rigorously assess their effectiveness. We should also explore ways to help families move across school sectors and school boundaries, particularly in moments of crisis when their needs aren’t being met.

Most of all, we need to continue to invest in objective data on student achievement and insist on keeping our expectations high even when we fall short.

Editor’s note: This essay was adapted from an edition of 50CAN’s “The New Reality Roundup.”

Marc Porter Magee is the CEO & Founder of 50CAN.