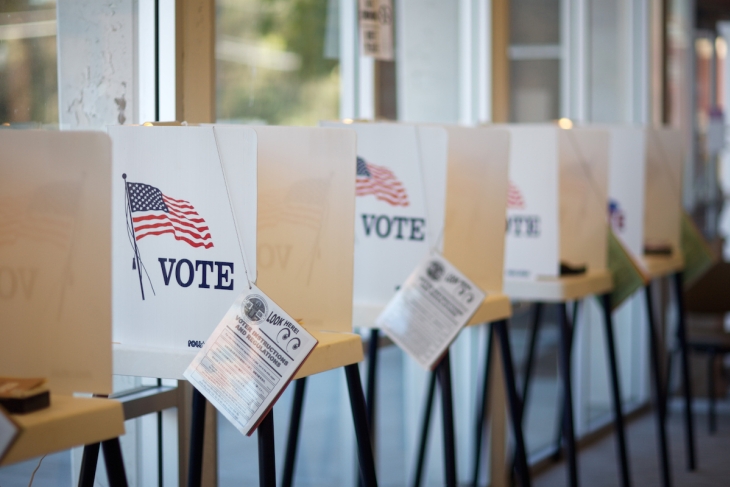 For those of us old enough to remember, the “Rock the Vote” campaign in the 90’s showcased many celebrities—including Madonna in a red bikini and American flag—trying to convince young people to participate in elections. Looking at the PSAs again makes for amusing yet embarrassing memories. All the more reason to appreciate a serious study that leverages school choice lotteries to analyze school attendance impacts on both academic outcomes and voting behavior. (And appreciate it we did, as it is one of our favorites reviewed this year.) The only previous lottery-based study on charters and voting focused on a civics-minded school and, while it showed increases in voter participation among students, the question remains whether such civic-mindedness is required to see that outcome.

Researchers Sarah Cohodes and James Feigenbaum analyze applicants to Boston charters from the classes of 2006 to 2017 and match student data to voter files from Massachusetts—and nearby states, as well, in order to account for out-of-state moves and nearby college attendance. The voting data include party registration and voter participation in elections from 2008 to 2018. Their sample includes all twelve Boston charter schools with lottery records that enrolled students who turned at least eighteen by the 2016 general election. They measure voter participation as “ever voted,” as well as participation in the first presidential election after turning eighteen. For a subset of Boston students, they are also able to link parents to their children’s voter files to assess whether charter school attendance (or losing the lottery) incents parental voting after the charter lottery occurs. They observe parental voting prior to the lottery to help control for selection.

They use a two-stage least squares methodology to exploit the natural experiment created by charter lotteries via randomly assigned offers of charter school seats. First, they present results that repeat findings from earlier studies, showing that Boston charters continue to post large gains in scores on state exams, AP test taking and scores, SAT scores, and college enrollment—although charter students do take longer to graduate high school than their traditional public school peers. Next, Cohodes and Feigenbaum turn to the questions around voting. They find that charter school attendance makes little difference in the likelihood of registering to vote in Massachusetts, with approximately 45 percent registering by their nineteenth birthday, regardless of their lottery status, i.e., regardless of whether they were admitted to a charter school or not. But charter attendance does boost the rate at which students ever vote, from about 44 to 50 percent, which is a 6-percentage-point increase. When separated by election type, they find that the main effects are driven by presidential elections; charter attendance does not impact voting in other general elections or primaries. They also find that the voting gains come almost entirely from a boost in girls voting in their first possible presidential election. Besides gender, overall voting impacts are driven to a lesser extent by family income, with lower-income students’ voting rates at 33 percent versus 42 percent for their higher-income peers.

Cohodes and Feigenbaum then look into various mechanisms for the voting impact and hypothesize that measures of non-cognitive skills—specifically, days of high school attendance and SAT taking—serve as proxies for persistence and follow-through and are the same types of skills needed to complete voter registration and actually cast a ballot. They find that the attendance effect, like the voting effect, operates entirely by changing girls’ behavior such that girls attend twenty-two more days of school than their control peers, while there is no difference for boys. Likewise, attending a charter school boosts SAT-taking rates more for girls than boys. Since these differences align with the patterns in voting, they surmise that charters’ impact on non-cognitive skills may be the path towards engaged civic participation for girls. Finally, they find that charter school attendance appears to have a small positive impact on the likelihood that a parent votes, with the important caveat that this voting impact was driven by the 2016 election when charters likely encouraged parents to vote given that a charter school cap measure was on the Massachusetts ballot in that election.

It is unfortunate that a slew of good news in this study—charters boost achievement and non-cognitive skills; persistence and follow-through learned in charters have positive real-world outcomes; education and civic participation are linked—is overshadowed by yet more negative news about the performance of young men in K–12 education and beyond. There is no evidence that civic participation would be more of a draw for girls than for boys, so what could be happening within our education system to inhibit both the adoption of certain non-cognitive skills by young men and the good habits that flow from them (assuming that’s what is driving the turnout boost)? That’s the question that charter leaders need to ask and answer for themselves.