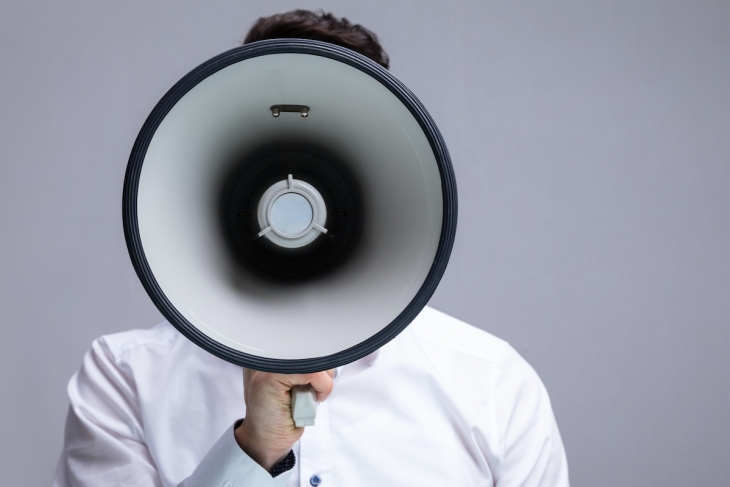 The CDC’s revised guidelines for pupil spacing in school—three feet under most circumstances rather than six—opened a floodgate of gratitude from superintendents and parents. But they evoked more hesitancy-verging-on-churlishness from the heads of both national teachers unions and reminded me yet again that the unions have been worse about Covid reopenings than about anything else that I can recall. Why, if teachers are essential workers—they’re part of Phase 1b says the CDC, right up there with cops and firefighters—are they not expected, nay, required, to come to work? What if firemen said “No, we’re nervous, instead of rushing to that conflagration with fire engines and hoses, we’d rather stay home and Zoom”?

The Biden team gets two cheers for the new CDC guidance, for walking back its folly about schools needing only to be physically open once a week, and for sticking—so far—to its guidance on spring ’21 assessments. But that guidance contains big loopholes, and states are busy devising ways to exploit them. Maryland is moving its tests to autumn and shortening them by half, probably sweeping in more students and—if the scores come back super fast—getting baseline data for the new school year, but also contorting any multi-year comparisons or growth calculations. Colorado lawmakers have moved to test only English in some grades this spring and only math in others, thus (again) wreaking havoc with growth data. Several other jurisdictions are still seeking to get out of testing altogether.

When a blue-state governor and the teachers union pushes for a wrinkle, deferral, or waiver, how firmly will Secretary Cardona’s team push back? And how many kids will actually end up taking those tests? Using a skinny sample, such as some states are proposing, or not bothering to test the kids who study at home, or not tracking down the truants—any or all of these will result in incomplete data. At one level, that’s OK because these data aren’t supposed to be used for high-stakes accountability anyway. At another level, however, such data gaps mean that principals and teachers won’t actually know which students have what kinds of learning shortfalls when school (presumably) resumes in the fall.

When in-person schooling does resume, some of my favorite education thinkers are pushing for teachers to concentrate on “acceleration” rather than “remediation.” Says Hopkins professor David Steiner, “Instead of segregating these children and trying to give them what they didn’t learn, you say to yourself, ‘What must they know in order to stick with their peers and have access to next week’s lesson?... The key is you’re always asking yourself, ‘What do they need for next week?’ not ‘What did they miss?’” Jay Mathews, channeling Robin Lake and Paul Hill, seems willing to pare state learning expectations down to practically nothing, and Phi Delta Kappa chief Josh Starr seems willing to leave content choices entirely up to teachers.

I can see the immediate appeal, but how many holes will that strategy leave in the cumulative K–12 learning of millions of kids? What if they missed how to convert fractions to percentages, or vice versa? The difference between adverbs and adjectives? How plants produce oxygen? The Dred Scott decision? If nobody looks back to see what needs to be retaught and recovered, won’t many more students wind up with lots of gaps in the education floor that they’re supposed to stand on?

The flood of money heading into states, districts, and individual schools in the coming months—sadly unaccompanied by any mandate that the schools actually open!—will surely ease short-run budget concerns where those exist. (Not nearly as many places as once thought!) Creatively deployed—and they have years to spend it in full—this money could support not just recovery but also remarkable innovation on multiple fronts. It might pay for new ways to assess school performance, for vastly improved forms of distance learning, for reformed school calendars and schedules, and so much more. The Washington Post recently surveyed a number of these possibilities, and its tally repays attention. But all this requires leadership and the capacity to picture something different from the way we delivered education pre-pandemic. How many states and districts have that capacity? How many even understand that they could use the flood of federal dollars to strengthen that capacity?

It’s now thirty years since Minnesota lawmakers passed America’s first charter law. It was bold. It was bipartisan. It was foreshadowed by smart thinking by some very forward-looking Minnesotans (Ted Kolderie comes first to mind). It’s led to some 168 charter schools in the Land of 10,000 Lakes and about 7000 around the country (so far!), as almost every state eventually came up with a version of the Minnesota law.

I’m proud to have played a small role in this movement, which is one of the great developments of modern American K–12 education. But boy were we naïve at the outset! We didn’t know how hard authorizing would turn out to be when done well. We assumed that all parents exercising choice would focus on the educational quality of the schools they were choosing. We didn’t understand how hard it is to launch a really great school—and to keep it great over the years. And we assumed that bipartisan support would endure, not quite foreseeing the number of Republicans who are for charters in other people’s neighborhoods or the number of Democrats who would selfishly come to oppose charters even when it’s their own constituents who benefit most from the presence of such schools.

Today’s big push to rekindle civics education has my support, but the professional culture warriors are already finding it a wonderful new target for their slings and arrows. And as members of Congress gear up to file bills to further the civics cause, there’s a real risk of ending up with too much federal involvement and the possibility of another “Race to the Top” situation, redolent of the damage done to the excellent Common Core State Standards by too tight a federal embrace.

Grump, grump. OK, I realize you may not agree with me about any of this. But my chest is now a lot lighter, which I know makes you happy, too.