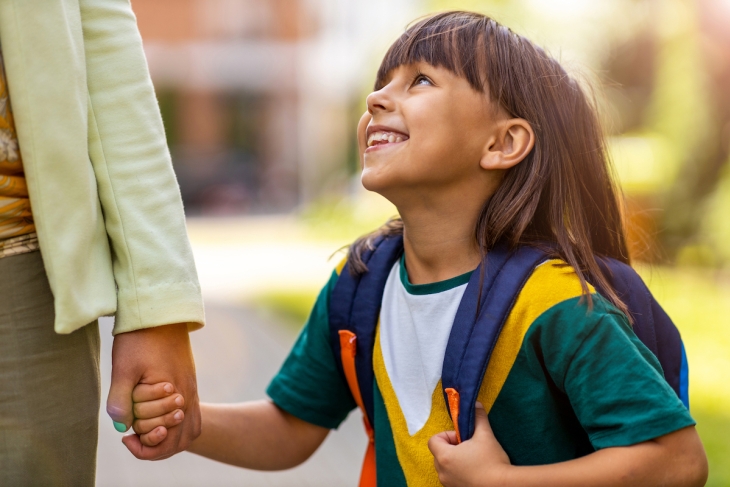 The funding system for early childhood education envisioned in Build Back Better is far superior to the one we have now. But as always in public policy, the transition from one condition to another is fraught with risks. In this case, one risk that has been identified is that the middle class will get squeezed as the program rolls out because supercharging the subsidies for low-income families when supply is limited will crowd out affordable opportunities for the middle class.

To assess this risk, it’s important to understand how the market for child care works. Families seek child care on the open market, and low-income families can receive a subsidy for some portion of their costs. But the reimbursement they receive isn’t closely tied to the actual cost of care, or to their family income. States tend to spread the money thinly to try to reach as many families as possible, which then leaves families having to bear significant child care expenses—even when they’re receiving public subsidies. And in practice, many families who are eligible for subsidies don’t even receive them.

Build Back Better would address these challenges in two major ways. First, it would change how states calculate the cost of quality to include adequate compensation for child care professionals and then require states to tie reimbursement to those costs. Second, it would cap the amount of money families would have to provide to cover child care costs; families with incomes over 150 percent of the poverty level would pay 7 percent of their income, and families with lower incomes would pay a lower percentage.

In general, the bill’s rollout approach—which prioritizes the needs of the lowest-income families—makes sense. In the child care market, the families with the most money are the ones most likely to find the services they want. Build Back Better provides support for lower-income families so they can compete for services, and it increases the odds that providers will find it worthwhile to offer services in neighborhoods that are currently “child care deserts.”

But there is a risk that the middle class will get squeezed. If workers in subsidized programs start receiving dramatically higher wages, that could drive up costs for all child care programs, given a limited supply. If middle-class families can’t compete with either the wealthy or the subsidized, it will leave them in a bind.

Ultimately, that risk is the price of having a transition like the one the bill contemplates. Leaving the current system in place would be a terrible mistake, and so some kind of plan for change is needed. And the bill’s focus on prioritizing low-income families is directionally correct.

So states will need to pay attention to the impact of their policies to make sure their policy choices are not overheating the market. For example, states have some flexibility to set reimbursement rates. Even more important, they have some flexibility when it comes to the rollout of eligibility; while states are expected to prioritize children with the greatest need, they have control over how rapidly the program expands to serve additional children.

Because of these flexibilities, it’s by no means inevitable that states will adversely impact the child care market for middle-class families as they implement new policies regarding costs, quality, salaries, and eligibility. But it’s not inevitable that they won’t, either. So it’s important for states to have good information about the impact their decisions are making, and the ability to correct course if state policy choices on reimbursement and eligibility are sending the market in an unhealthy direction.

Right now, states don’t even know how changes in the child care market are affecting the middle class. Indeed, most states don’t have good enough data to track supply and demand in the market in a timely way. Without that information, states can’t track the impact of their policy decisions, and would come dangerously close to flying blind. At this point, most states have at best a rudimentary understanding of how middle-class families are experiencing the child care market—let alone how they might be impacted by different choices in the implementation of Build Back Better.

No state is going to intentionally squeeze middle-class families out of child care. But federal law is a very broad sword, and without the right management systems, states could inadvertently end up swinging it in the wrong place. Ideally, states will rise to meet the challenge by collecting better data—and then using that data to adjust reimbursement and eligibility policies in a way that maximizes access for low-income families, while avoiding spiraling prices for families who aren’t getting the subsidy. And the federal government will have to accept states’ needs to make occasional course-corrections in management that are in keeping with Build Back Better’s direction, even if they stray mildly from what they’ve committed to in their initial plans.

In practice, the heaviest lift may be helping states and communities build up the capacity to manage effectively whatever flexibility is on offer, which is particularly important given the seismic shifts that are about to occur. Fortunately, building data and analytic capacity is an allowable use of federal funds, and should be one of the first priorities for states when the money comes through. Build Back Better is a major opportunity for states and communities to create analytic systems that help them adjust on the fly. Some states and communities are already working to build that kind of capacity, using funds from the federal Preschool Development Grants to get a running start. But there is a long way to go.

Early childhood is a complicated system, and the Build Back Better law won’t exactly reduce its complexity. It will, however, support states in achieving important goals. There’s no question that implementing the law will be a challenge. But the current system isn’t working for children and families. Build Back Better is a chance for states to make the break and reset that the early childhood system sorely needs.