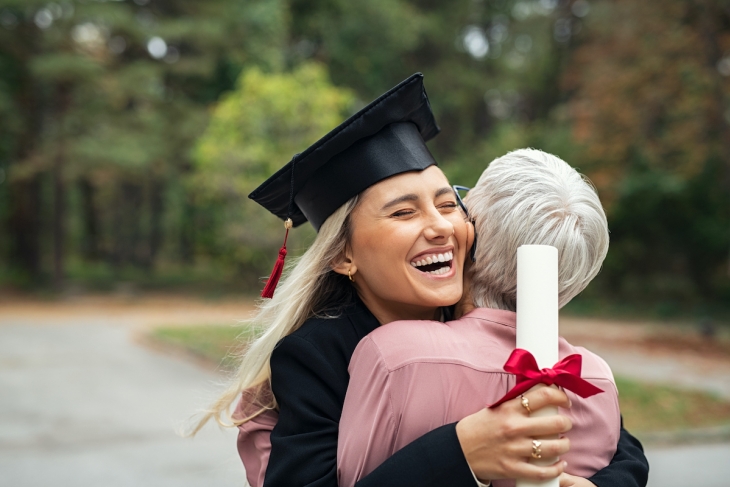 The return on investment for four-year college degrees is fairly well-established in terms of graduates’ employment and income trajectory, but the labor market outcomes for community college graduates are less well understood. Even though enrollment was trending downward even before the pandemic, America’s community colleges still confer over 1.5 million sub-baccalaureate credentials each year. These include associate degrees (which typically take two years to earn), long certificates (for programs at least one year in length), and short certificates (for programs less than one year in length). A recent research report published in the journal Education Finance and Policy aims to define the value of each of these credentials over time.

Researchers Veronica Minaya and Judith Scott-Clayton from Columbia University examine data on roughly 96,000 students who entered college in Ohio for the first time at age twenty or older, so that they can measure pre-college earnings, between fall 2001 and spring 2004. They look at the earnings and other outcomes over eleven years for students completing a terminal sub-baccalaureate credential. That is, they exclude students who subsequently enrolled in a four-year institution, so their effects are not capturing any value of transferring and/or completing a further degree. They use an individual fixed-effects approach that compares each student’s earnings after program completion to their earnings prior to enrollment. Non-completers—those who started a sub-baccalaureate program but never finished but are otherwise similar to completers—serve as a control group to account for any earnings growth that might have been expected over time regardless of credential attainment. The researchers control for student demographics, entry cohort, and degree intentions, since completers and non-completers could be on different earnings growth patterns for reasons unrelated to credential attainment. That said, their preferred model can’t completely account for things like motivation, which also correlates with credential attainment. Plus they do find that their results for men change somewhat when they relax the assumption that any differences between completers and non-completers of different credentials are fixed over time.

With those caveats in mind, Minaya and Scott-Clayton find that the value of an associate degree grows substantially after graduation, while the returns to a long certificate are flat over time in general and the returns to a short certificate are flat for women but grow somewhat over time for men. Returns on associate degrees are notably higher in recession years versus pre-recession years.

Associate degrees lead to improved outcomes relative to non-completers across a range of outcomes, including higher paying jobs, more stability in employment over time, and a greater likelihood of earning a living wage (defined as $30,000 annually). For example, the effect of completing an associate degree on the likelihood of earning a living wage is 25 percentage points for women, compared to a 13-percentage-point effect for a long certificate. Certificates, however, do pay off via the employment margin—meaning whether someone has a job at all—and a reduced likelihood of claiming unemployment benefits.

Of additional note: Two-thirds of sub-baccalaureate enrollments are in two fields—health and engineering. Researchers see that, for both men and women, the highest quarterly earnings gains upon graduation are in health-related fields, and these are even more pronounced for associate degrees as compared to certificates. For men, however, only 13 percent of associate degrees earned are in the health fields, compared to 40 percent for women. While this comparative decrease is likely not confined to sub-baccalaureate credentials, men completing associate degrees are clearly missing out on more lucrative career opportunities by not pursuing opportunities in the health sector.

The report closes by urging caution in terms of promoting certificates as equally valuable to associate degrees. Although long certificates have a payoff, it remains flat or declines over time, with the exception of engineering certificates for men.

Equally interesting (read: alarming) is the supposed speed by which students can acquire sub-baccalaureate credentials. Often touted as an expedient option for job advancement or retraining, it’s lost in reality. The average time to completion in the sample was four years for an associate degree, 3.6 years for a long certificate, and an astounding three years for a “short” certificate.

To make matters even more complicated, we know that geography also plays a role. Depending on where one lives, mean earnings can vary for workers with different levels of education. So it is all the more important that tomorrow’s high school graduates understand the options available to them and the likely value of those options in the future. Studies such as these address that need.