Advanced coursework gets a needed boost 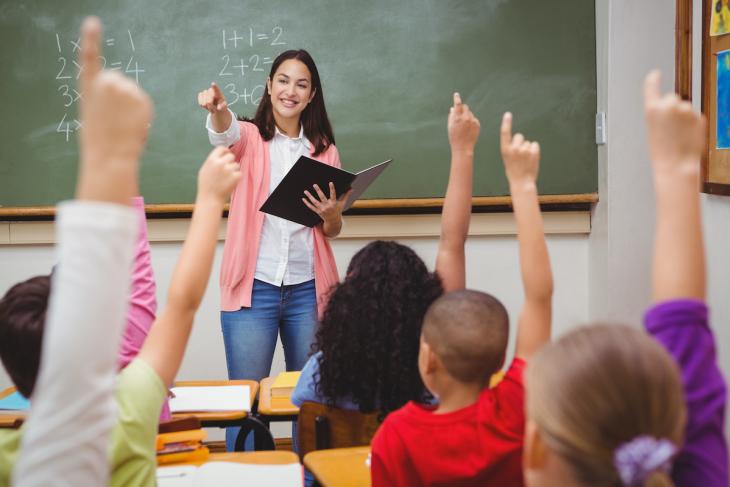 Last week in Austin, at the annual “summit” sponsored by the PIE (“Policy Innovators in Education”) Network, prizes were conferred on a handful of state-based education-reform groups that had accomplished remarkable feats in the previous year, this despite the reform-averse mood that chills much of the nation.

The most prestigious of those awards, with recipients chosen by votes of PIE members, is the “game changer of year” accolade, and last week it went to a quintet of organizations that, in three states, made notable progress in widening access to advanced coursework for traditionally underserved youngsters.

The prize came with this citation:

Advocates in Washington, Colorado, and North Carolina led separate, breakthrough campaigns that addressed a single issue: traditionally underserved students are placed in advanced courses less frequently than their peers—even though they are equally prepared. These concurrent campaigns, led independently by each state-based organization, highlight the power and synergy of leaders making smart policies serve their students. And while the policy in each state looks different, their mission is the same—reduce historic barriers to advanced course access for underrepresented students.

The winning team from Washington State consisted of Stand for Children Washington, the Black Education Strategy Roundtable, and Partnership for Learning; in Colorado, the heavy lifting was done by DFER (Democrats for Education Reform) Colorado; and in the Tarheel State it was BEST NC.

I had the pleasure of sharing the podium at a well-attended session with Stand/Washington and DFER/Colorado (as well as Educate Texas), where we examined the challenges of creating enough “advanced” education options for enough kids—AP, IB, dual credit, early college, etc.—and then ensuring that the doorways into them are opened wide and “nontraditional” students are enabled and encouraged to enter.

(My role was to explain the democratization of Advanced Placement, a topic explored at length in Andrew Scanlan’s and my new book on AP.)

It was heartening to find the PIE Network community taking ownership of this challenge and lauding members that are making successful moves to meet it, the more so because doing anything special for smart kids so often gets trashed as a form of “tracking” and as yet another bonus for the already fortunate.

But here, as in those three states, we’re talking about kids who are also unfortunate. They may be smart, or perhaps just motivated and hard-working, but historically their demographics wouldn’t have destined many of them for intellectually challenging coursework and often their schools wouldn’t even have offered much of it. So there’s a powerful equity—even social justice—case to be made for righting this wrong. If we want to make the American meritocracy more equitable (the topic of Paul Tough’s new book on college), that means not treating all poor kids equally. It means enabling those with academic promise to zoom ahead, just as we do for rich kids with academic promise (a point made by my colleague and friend Robert Pondiscio in his fantastic new book about Success Academy).

And that’s just the beginning. I see at least three more compelling reasons to take on this challenge.

First, social mobility. To be blunt, the poor kids with the greatest potential to boost themselves and their families into the middle class and beyond are poor kids with great academic promise. But that will only happen if the education system reaches out to cultivate their potential (along with that of other kids, of course). For the most part, these kids don’t have skilled navigators at home, and their families don’t have the cash to buy their way into posh suburban or private schools. They depend on opportunities and options created by the education system—including, of course, suitable school-choice options.

Second, human capital. If America is to be safe, prosperous, civically strong, and culturally vibrant in the decades ahead, it needs leaders—of enterprise, science and technology, education, literature and arts, government—that have been educated to the max. But it also needs leaders that look more “like America.” If we continue to draw most of tomorrow’s leaders from the ranks of the past, we’ll widen our divides, exacerbate our differences, and fail to make the most of our human capital.

Third, personalizing learning. If we batch-process all our students, insist that they sit in “grade-level” classes, and fail to create ways of individualizing and accelerating their learning opportunities, we defy intelligent personalization and allow our fear of tracking to create unteachable classrooms, irrelevant curricula, and a lot of kids who are bored stiff and turned off by what we call school.

Every kid deserves to maximize his or her potential and enjoy as many opportunities as possible. That includes youngsters with exceptional promise or talent, no matter their background. Hurrah for these great, state-based ed-reformers that not only understand the urgency of this, but are resourceful and dogged enough to effect important changes in policy and practice. And hurrah for the PIE Network for honoring them.