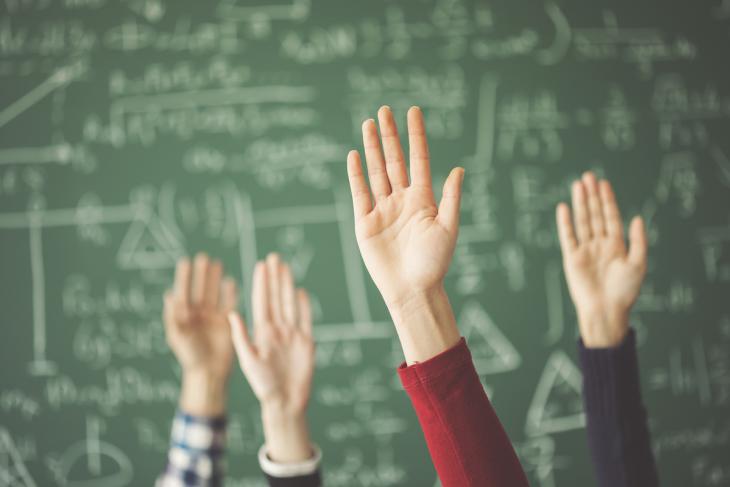 An ambitious, important new piece of analysis by scholars Eric Hanushek (an economist) and Paul Peterson (a political scientist), plus Laura Talpey and Ludger Woessmann, concludes that “gaps in achievement between the haves and have-nots are mostly unchanged over the past half century” and that “steady gains in student achievement at the eighth grade level have not translated into gains at the end of high school.”

In other words, young Americans across the socioeconomic spectrum have made some progress over the past half-century in academic achievement, but that rising tide (a) hasn’t narrowed key gaps among them and (b) hasn’t lifted the high school boats. By and large, this starts from the glum but largely unchallenged conclusion of the 1966 Coleman Report that differences in family circumstance explain more of the differences in educational outcomes than do differences in school resources. While the analysts call into question much-publicized recent work by Stanford’s Sean Reardon suggesting that the income-achievement gap has recently widened, their bottom-line finding—that gaps related to family background remain as wide as ever—underscores today’s widespread concerns about America’s upward-mobility challenges.

It’s a heroic body of analysis, drawing on both NAEP and PISA data covering several subjects and multiple administrations. It will, inevitably, be challenged on methodological grounds—I’ve got a couple of worries on that front myself—but for now let’s assume that their findings are robust and their conclusions valid.

Some really tough questions then follow. How much does gap-closing matter versus tide-rising? Why has the tide stopped rising at the high school door? And—of course—what, if anything, is to be done, besides more of what we’ve been doing, at least since we began to get serious about mediocrity and gaps (and poverty/family/achievement linkages) back in the 1960s?

On that last question, Hanushek and Peterson wrote a Wall Street Journal op-ed on Monday that declared the “war on poverty” essentially a waste of money—hundreds of billions of federal dollars, by their estimate—when it comes to boosting the educational performance of poor kids closer to that of rich kids. In their longer piece, they offer a number of provocative speculations as to why so little has been accomplished and what bears more effort going forward. Perhaps the most promising suggestion, which also aligns with other recent work by Hanushek, involves getting abler teachers into classrooms full of poor kids.

High schools have proven a terribly hard nut to crack, and for many reasons. I’m bullish about the potential that dwells in the kind of comprehensive overhaul recently recommended by Maryland’s Kirwan Commission and by Marc Tucker, who advised the Commission, but it’s a very heavy lift, considering the push to get everyone through to a diploma (however meaningless) and thence into college (however fruitless). I’ve yet to see any state really seize hold of this strategy—perhaps Maryland will—and then stick with it through the flak that’s sure to follow. When and if one does, we’ll also need to watch whether the philosophical and structural changes that follow also incorporate elements—curriculum, pedagogy, standards, accountability, etc.—that truly boost academic achievement.

The reason gap-closing matters is because social mobility matters, particularly in a society that prizes itself on being a land of opportunity, a place where the “American dream” is real and Horatio Alger was more than a writer of fiction. We mustn’t give up on it. But raising all boats matters, too. It makes the country more competitive. It readies more young people to support themselves and their families, and to participate more effectively in their communities.

Our politics of late has perhaps led Americans—certainly the policy and academic types—to focus overmuch on issues of fairness at the expense of universal strategies by which everyone does at least a little better. We’re riveted by the weird, enviable, but contemptible world of the “top 1 percent” (check out the recent flap about admission to elite colleges) and by the plight of the “bottom quarter,” as well every sort of gap that can be linked to race, gender, and other differences. We don’t think hard enough or often enough about what has contributed to everybody learning more today than they did fifty years ago, at least through middle school, or to what (other than global warming!) might keep the boats rising tomorrow.

Yes, we should rethink the premises of the “war on poverty,” at least with respect to education. Yes, we should do what we can to narrow other gaps. But higher standards, better teachers, more individualization, sophisticated technology, solid curricula, more quality school options—things like that are good for everybody. I suspect the surest gap-closing strategy is to make sure that poor kids get them, too.