Kirwan and the sacred cows 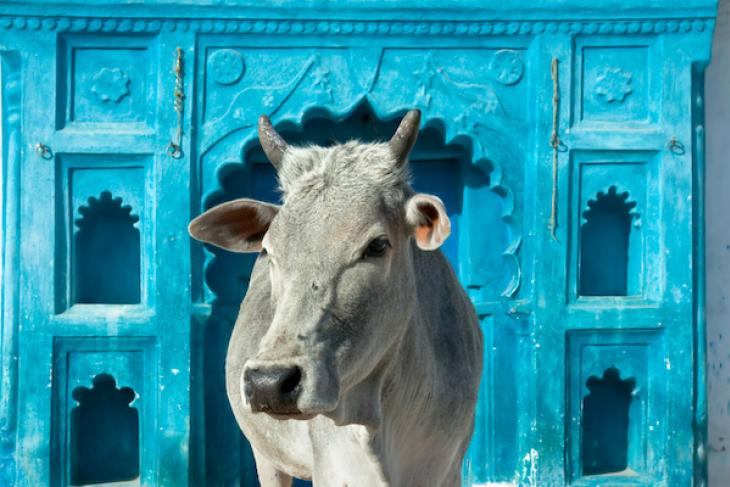 The long-awaited report of Maryland’s Commission on Innovation and Excellence in Education—aka Kirwan Commission—was released last week. I had the honor (and sometimes pleasure) to serve on this body for the past two years as it strove with fair success to develop and recommend a coherent package of bold changes intended to transform K–12 schools in the Old Line State.

Though exceeding two hundred pages, this report is labeled “interim” because the Commission’s recommendations about how to pay for this reform package won’t be ready until late in the year, aiming for the 2020 legislative session, though the policy framework could get adopted, at least in part, during the session now underway. Not a whole lot is apt to be agreed to, however, until it’s decided how to divide the hefty price-tag between state taxpayers and the twenty-four local jurisdictions that share in the cost of public education. And we’re talking big bucks, as the fully-implemented cost of the Commission’s plan is estimated at $3.8 billion a year. That’s on top of current spending close to $14 billion, the present sources of which are about half state and half local, though the proportions vary widely by district. So it’s to be a big bump and who pays how much of it is a fractious Solomon-like challenge that still lies ahead for commissioners, followed by the Governor and General Assembly.

Money, however, is by no means the whole story and today it’s not even the main story. The Commission wants Maryland to rework key elements of its public-education system to boost quality, performance, professionalism, and accountability while also doing a better job of looking after its neediest youngsters. Included therein is a key proposal to target tenth grade as the point at which most kids should be “college and career ready,” leading them into a quartet of “pathways” that include radically overhauled CTE opportunities as well as “early college” and a lot more Advanced Placement. Expertly advised by Marc Tucker’s National Center on Education and the Economy, the Commission’s goal is for Maryland’s K–12 system to rival the world’s best, thereby producing a far brighter future both for the state’s economy and for its citizenry.

But getting there endangers entire herds of sacred cows, and threatens to do so in a state where the cows have long wandered freely and munched greedily. This is a state where adult education interests—above all those of the teacher unions and local district boards and superintendents, often joined in common cause—typically swamp the interests of children and taxpayers. That’s why the reform recommendations of the state’s previous commission on school funding—known as Thornton—ended up amounting to little and why a previous education-reform commission that I served on in Maryland issued plenty of bold recommendations that ultimately came to naught.

Almost everyone on the Kirwan group voted to submit its interim report, save for two county representatives who abstained because of the lack of detail regarding how costs will be allocated. But that doesn’t mean everyone who voted for it favors everything in it. If you dig far enough in, you will encounter seventeen pages containing ten separate “individual comments” by Commissioners who seized the opportunity to spell out their misgivings and reservations. Most are “whoa, not so fast” statements on behalf of the interest groups that own sacred cows. If, as in the past, their organizational interests ultimately prevail with lawmakers, most of the worthy reforms—and accountability mechanisms—proposed by the Commission will not come to pass, and there’s a real risk that billions of additional taxpayer dollars will end up going for more of the same, as happened to Thornton. To his credit, chairman Brit Kirwan is intent on not seeing that repeated, and the report urges accountability measures designed to prevent that from happening. But of course those are the recommendations that pose the greatest threat to the cows and, accordingly, are encountering the most hostile reception.

Alongside the cow defenders, a couple of the commissioners’ individual comments rue their colleagues’ tentativeness and the report’s unwillingness to confront some tough issues and poke a few cows. My colleague David Steiner wrote one such (you’ll find it on page 165). I wrote another, which follows here:

“The Commission is pushing Maryland in a necessary and truly exciting direction with huge potential for a brighter, more prosperous, and more equitable future. That is why I voted to support the Commission’s final report. But I did so with several serious reservations and worries, beginning with the fact that every vested interest in the state will oppose changes of this magnitude, while clinging to the bits that advance their own interests. What Maryland needs is a “grand bargain” that includes changes for all, gains for all and sacrifices by all, but that’s going to be a huge challenge for policymakers. If they’re able to pull it off at the policy level, then implementation and accountability will be even greater challenges. I’m not confident that all this can get done in a state with a long history of putting adult interests ahead of those of children, parents, and taxpayers.

It’s early days, still, for gauging how the Kirwan recommendations will ultimately fare—and until the Commission weighs in on funding perhaps little will happen, although a few hundred millions in the present budget are supposedly earmarked to get started on some Kirwan-inspired reforms. (Governor Hogan is tussling with legislators over how much to spend on reform and how much on bricks-and-mortar.)

As for the longer haul, legislative leaders say they want Kirwan-style reforms. Hogan talks mainly of tax cuts, not big spending increases. History, however, favors the cows. It could prove interesting.