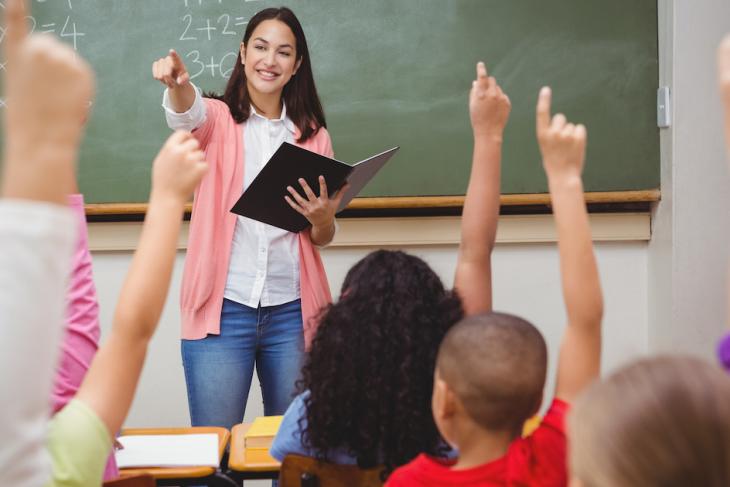 Everybody knows that teacher quality matters hugely in education, indeed may be the single most potent variable in a classroom, school or system. Yet it’s also an exceptionally elusive and inherently contentious quality. Is a “quality” teacher simply the same thing as an “effective” teacher, with the latter typically gauged by looking at measurable student outcomes of one sort of another, preferably via a sophisticated “value added” calculation? It’s both helpful and unhelpful to judge teacher quality on the basis of student learning, even setting aside the interminable arguments over the limits of test scores, the difficulty of making reliable “growth” calculations, and the methodological and logistical challenges of associating such growth with the work of a given teacher.

It’s helpful because, yes, of course, the quality we most value in a teacher is the production of successful student learning. It’s certainly a good way to distinguish between highly effective and ineffective instructors. It’s so much better than looking at paper credentials, for example, or subjective judgments based on fleeting classroom observations. So, yes, kudos to the late Bill Sanders and those who have followed in his wake. Yet this way of identifying quality is unhelpful because it means waiting until a teacher has dealt with students over enough years to have a shot at making a defensible value-added appraisal—and withstanding the inevitable political and teachers-union yammer about how unfair this is and how it conflates correlation with causation. It gives you nothing useful to use at the front end, such as deciding who gets to become a teacher in the first place. Plus the educational carnage for those students whose teachers turn out not to have been effective.

The Holy Grail of teacher quality is some valid and defensible way of knowing ahead of time who will be effective in the classroom, i.e., whose students are likely to learn a lot.

Historically, though, we’ve had no good way to do this, so we’ve used weak proxies such as whether a prospective teacher is in the top or bottom third of their high school class, how they fare on a Praxis exam, what their ed-school grades are, and how many college-semester hours they took in the subject they’re being hired to teach.

For umpteen reasons, none of those is very satisfactory, and in places and fields where there are teacher shortages, it hasn’t mattered much, anyway, since schools haven’t been able to do much picking and choosing.

People wanting to boost teacher quality—and who doesn’t?—have often been brainwashed by unions and others who insist that if only we paid teachers more we’d get better ones, often leading (as recently in the Maryland commission I’ve been serving on) to proposals for higher starting pay and across-the-board raises. And all such proposals carry whopping price tags because nobody is able to deal with the straightforward fact that if the country didn’t employ near four million individuals as teachers, it could easily pay quite a lot more to those it did employ without adding a big tax hit.

Enter Eric Hanushek, Marc Piopiunik, and Simon Wiederhold with a very important new study. “Do smarter teachers make smarter students?” they ask—and the answer turns out to be yes, indeed they do. Employing international data from the OECD, and some very sophisticated analyses, they demonstrate “a strong relationship between teacher cognitive skills and student achievement across countries. We estimate that increasing teacher numeracy skills by one standard deviation increases student performance by nearly 15 percent of a standard deviation on the PISA math test.” Almost the same gains in student reading are associated with higher literacy skills among teachers.

It’s a long but lucid and accessible article that should be read—twice—by everyone concerned about teacher quality. Hire smarter, better-educated people as instructors and—lo and behold—the kids they instruct will learn more.

Easier said than done, you respond, and of course that’s so. The study also showed that abler teachers are harder to come by in countries where educated women have more career opportunities—and that teachers’ “wage premiums are also highly correlated with student achievement across countries.” (Wage premium refers to how well paid are a country’s teachers when compared to the pay of “other college graduates with the same gender, work experience, and literacy and numeracy skills.”)

In recent decades, the U.S. has opened many career pathways to educated women—and American teachers are paid “22 percent less than comparably experienced and skilled college graduates doing other jobs.” Those realities do not, however, point toward obvious, feasible measures to boost teacher quality. Nobody is going to reverse course on job opportunities for women. And there’s little reason—based on either this research or common sense—to suppose that a giant across-the-board boost in teacher pay would yield commensurate gains in teacher quality. As Hanushek and his co-authors write, “Increasing teacher salaries would undoubtedly expand the pool of potential teachers and help to reduce teacher turnover. Our evidence does not, however, indicate that more talented teachers would be hired out of the enlarged pool, nor does it indicate that the teachers induced to stay in the profession would be the most effective.” In short, “policymakers will need to do more than raise teacher pay across the board to ensure positive results. They must ensure that higher salaries go to more effective teachers.” Shorter still: They also gotta make some really tough distinctions and even tougher decisions.