2.7 cheers for the NAEP Reading Framework 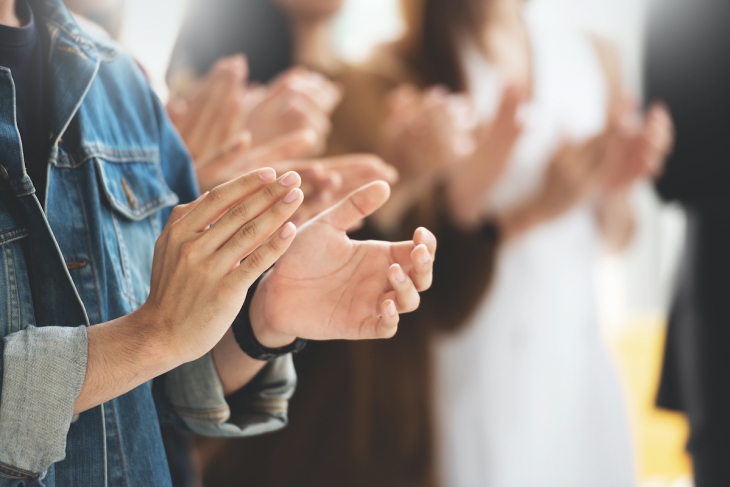 Today, I’m pleased to say, there’s good cause for brightness. The Board has just released what is almost certainly the final version of that much-debated framework, ready for a vote at next week’s quarterly NAGB meeting.

Taken as a whole, it’s a masterful, praiseworthy piece of work, and—assuming the board agrees to it, preferably on a unanimous vote—a remarkable achievement by Chairman Haley Barbour, Vice chair Alice Peisch, and a handful of members who put their shoulders to a big, creaky wheel and (with staff help) pushed not just for a compromise, but also for a coherent, forward-looking and intelligible approach to the modern assessment of students’ reading prowess and comprehension.

This matters not only because reading is the most basic of all subjects and NAEP is the country’s most trusted and accurate gauge of how our kids and schools are doing at it. It also matters because of the signals this framework will send throughout K–12 education, from teacher preparation to curriculum development to state accountability regimes. And it was a heavy lift indeed to take this much-disputed, jargon-heavy, massive document and set it right amid all the noise. Different bodies of research were invoked to justify rival approaches to reading. Contemporary racial, cultural, and political tensions entered in. A hundred experts declared themselves. A thousand constituencies had to be considered. NAGB itself almost came unglued.

The result will update NAEP’s approach to reading in important ways, such as taking account of the multiple formats and media in which people now read. It will improve the reporting of NAEP results so that we’ll know more about—for example—different SES levels within demographic groups and more about gradations within the lamentably wide swath of kids who score “below basic” on the board’s achievement levels. And the framework’s architects have almost certainly managed to do this without breaking NAEP’s multi-decade trend line for reading achievement, which from a policy standpoint is surely the foremost consideration.

All good, all cheer-worthy. Why, then, instead of total gushing, do I withhold part of a cheer? Not because I’m alarmed by what’s likely to happen in 2026, but because NAEP frameworks typically last for decades, and within this one lurk potential future problems.

It leaves much discretion and many judgments to “assessment developers” in crucial realms, especially deciding when to provide test-takers with “universal design elements” (UDEs) to help them navigate and understand the test. Therein lies the risk of reducing its rigor and distancing it from the real world of reading.

Per this framework, UDEs come in three categories, termed “task-based,” “motivational,” and “informational.” The first may be thought of as aids to navigating and understanding what the test asks students to do. The second seeks to encourage them to do it. And the third helps them understand things on the test that may be unfamiliar to them. According to the framework, “UDEs provide orientation, guidance, and motivation to sustain readers’ journeys through the block [of test questions]. They are designed to mirror typical (non-testing) reading situations to improve the validity of the assessment.”

An unimpeachable sentiment, you say, and it’s hard to argue. Yet it might not be true. How many “typical reading situations” actually supply those kinds of help—which in earlier versions of the new framework were, perhaps more honestly, termed “scaffolding”?

The other morning I encountered a (for me) “typical reading situation.” The newspaper article was headlined “Beijing’s regulatory blitz spurs a selloff.” The third paragraph, in its entirety, read as follows: “Over the weekend, state media made public a severe curtailing of after-school tutoring was in the works, while regulators ordered Tencent to give up some exclusive music-licensing rights.”

I’m a really good reader. There’s a chance I’d reach the “advanced” level on NAEP. Yet this was a challenge, first because I don’t think the sentence quite parses. Never mind that it passed muster with front-page editors of a very prominent newspaper. Isn’t there at least a “that” missing from it?

I understood my task and was adequately motivated to make sense of it. I care about stuff like after-school tutoring and worry a lot about what’s going on in China. So I certainly didn’t need the first two kinds of UDE. But what do music-licensing rights have to do with after-school tutoring? What exactly are “state media”? Who or what is Tencent? Neither the previous nor the following paragraphs helped at all.

I could more or less figure it out with a bit of effort. I recognize and know the meaning of the individual words, save for the proper noun. Possibly I could look that one up—which I realize test-takers can’t do. More likely, I would infer what’s going on in this passage from other information that I already possess. I could get close, though my comprehension would remain limited. But what if this was part of an assessment of my comprehension? Should the test developers make it easier for me? Should my understanding of that passage be judged by what I can do for myself or be inflated by help from the test itself? And if the latter were to happen on a frequent basis, wouldn’t my actual comprehension be masked and my reported score be inflated?

The new reading framework opens the door to this sort of thing happening with NAEP’s reading assessment and with others that take their cues from NAEP. I’m confident that the current governing board and the powers that be at NCES and IES don’t intend for that to happen, and I don’t expect it to happen in 2026. But what about later?

Keep in mind that reading, that most fundamental of subjects, is not in good shape in America today. We know this from PISA, from PIRLS, from the most recent several rounds of NAEP, from SAT scores, and from so many other indicators, both formal and casual. We need to bend every effort to teach reading better and ensure that kids learn it well. We don’t need to conceal their deficiencies.

That said, my 2.7 cheers for those who turned a sow’s ear of a draft NAEP reading framework into a mostly-silk purse are sincere. We should thank them for a job well done—and pray that their successors don’t undo it.