Don’t let them make you do it, Haley! 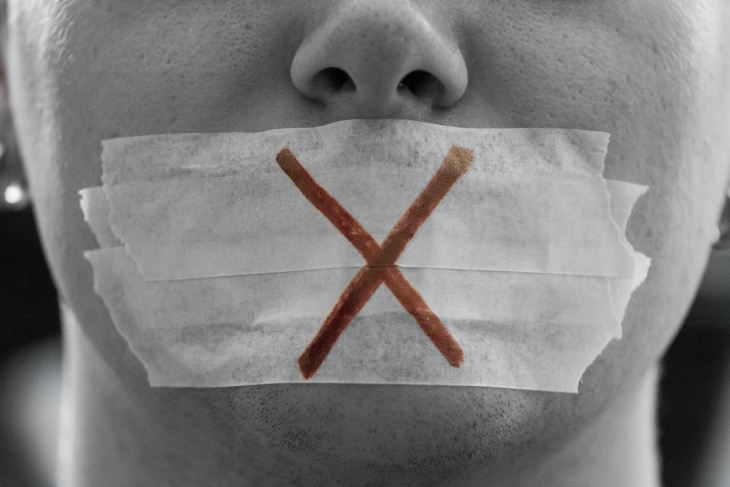 You wouldn’t expect a conservative Republican like former Mississippi governor Haley Barbour to turn into a facsimile of Chairman Xi as muzzler of dissent and monitor of communications, but something of the sort has reared its head at the National Assessment Governing Board (NAGB), which Barbour chairs. (He’s a DeVos appointee, and last I looked, those terms run a year at a time. In due course, one may expect Secretary Cardona to name someone else—perhaps Massachusetts legislator and fellow Democrat Alice Peisch, currently NAGB’s vice-chair.)

The twenty-six-member governing board of NAEP, on which I once served (and chaired) back in the late Middle Ages, has long been a lively and productive collection of able individuals selected from the many constituencies that NAEP serves, including educators, public officials, and the general public. It’s been characterized by a high degree of collegiality, a rare capacity for members to transcend special interests in pursuit of the public interest, and a remarkable level of commitment and hard work.

Part of what facilitated and lubricated all that over the years has been Board members’ ability to interact with each other and with the wider education and political worlds in a variety of ways, written and verbal, often in the interstices of the board’s four two-day meetings every year, as well as beaucoup committee meetings in between.

The pandemic has turned all those into Zoom sessions, which has put a major crimp in the informal communications that fostered both internal collegiality and consensus (and some deal-making and horse-trading) and important external relationships. Which in turn has caused members to find other ways of exchanging information and views with each other and with outside experts, advisors, and informants, all of this complicated by federal open-meeting rules. Making it worse is that the Covid-induced shutdown of face-to-face meetings has coincided with greater disputation than usual within the board over a contentious new proposed “framework” for future assessments of reading. (To get some of the flavor of what makes it controversial, check out this commentary by David Steiner and Mark Bauerlein.)

On April 20, Chairman Barbour sent NAGB members a two-page letter spelling out a bunch of new rules for communicating with each other and with outsiders. He almost certainly didn’t initiate or even draft this missive, which smacks of Department-level attorneys and staff mischief-makers, conceivably just doing their bureaucratic thing, but possibly prompted by the new Biden hierarchs. That letter is now circulating widely in education circles—and has prompted forceful objection from a number of board members—due to the chilling effect it would have on the board’s functioning. Wherever it originated, the short version of Barbour’s letter is that NAGB members must cease communicating with each other and with outsiders, at least if it’s in writing and pertains to matters that may come before the board. If they persist, they must share all such communications with board staff, potentially with the full board, and presumably with anyone who may sometime file a FOIA request with the Education Department.

Which is to say, Big Brother will henceforth watch every written communication that every NAGB member has with anyone on any “matter within the Board’s purview.” That apparently includes inbound communications that are entirely unsolicited! Moreover, the Barbour letter says they’re going to shut down the “chat” function during Zoom meetings so that board members cannot have side “conversations.” This, too, is evocative of painful goings-on in places like Hong Kong, Myanmar, and Belarus. Turn off the internet. Don’t let them communicate. And they won’t be able to conspire or dissent.

These restrictions may not be final. Barbour’s letter invited feedback from board members, and that’s been pouring in. He’s shown sturdy backbone and good sense on a number of other touchy issues, and one hopes he’ll do that again here. It’s one thing to favor government in the sunshine, as of course we all must, even as we privately recognize the ways it often undermines compromise and sound decision-making. Transparency becomes especially problematic when it becomes impossible for members of a large, diverse, and potentially unwieldy board to exchange notes with each other and with constituents, with experts and friends, with advisors and critics, etc. on matters within the very wide “purview” of a body such as NAGB. Moreover, the very relationships and experiences that qualify individuals for membership on that body mean that such “matters” crop up all the time in the course of their normal lives.

For while serving on NAGB means being classified as a “special” federal employee—and being paid a pittance for days of active board work—it’s far from all that one does. One is also a governor, a teacher or principal, a legislator or school board member, a business person or school superintendent, a researcher or professor, and so forth. Many of the issues the board deals with are omnipresent in one’s normal daily life. The boundary between professional and official is porous, to say the least, and it appears from NAEP’s authorizing law that Congress intended this. (Why else populate a “governing” board with a Noah’s ark drawn from a dozen constituencies?)

This probably wouldn’t even arise during normal times when such communications occur face-to-face during coffee breaks, corridor conversations, conferences, cocktail hours, plane rides, and bumping into each other at events unrelated to NAEP. Now, however, more than a year into Covid (and just as NAGB is looking toward the resumption of in-personal meetings!), someone has decided to make it an issue.

Note that NAGB isn’t even part of the Education Department. It’s characterized on the Department’s own website as an “independent organization affiliated with ED.” And the law authorizing NAEP states that “In the exercise of its functions, powers, and duties, the Board shall…be independent of the Secretary and the other offices and officers of the Department of Education.”

This suggests that, no matter who drafted this crackdown for Governor Barbour’s signature, it didn’t have to happen. Perhaps it still doesn’t. But unless board members’ objections succeed, it probably will. Under the new rule, however, future objections will probably have to be made public. Never mind that someone developed Barbour’s letter in private. But, then, so are Chairman Xi’s communiques.