Voucher critics are starting to say the quiet part out loud 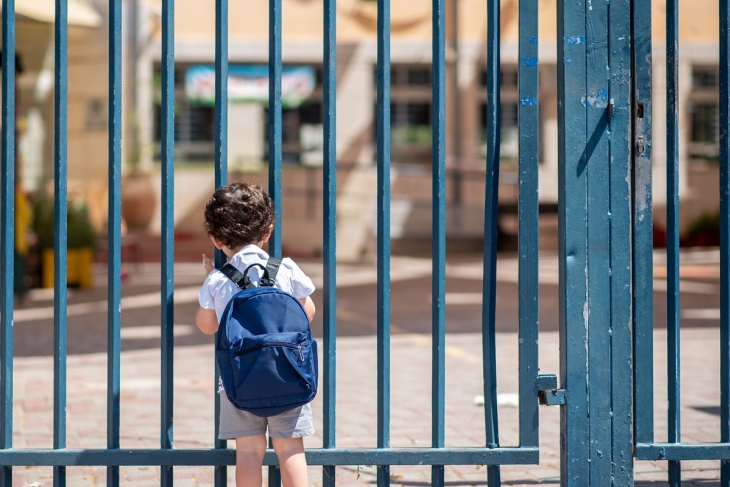 Persistent school choice critic Steve Dyer recently posted a “takedown” of Fordham’s latest school choice policy recommendations. His attacks mostly focus on Ohio’s voucher programs, and most of his criticism is tired and misleading enough that we’ve had to address it before. I won’t do so again here. But buried among his many spurious arguments is a “recommendation” worth drawing attention to:

All voucher recipients have to attend the local public school for 180 days prior to applying for the voucher. If you’re going to take money away from public schools so kids they’ve “failed” can “escape” to private schools, shouldn’t you actually give the district a chance to succeed first?

It’s hard to know where to start with a statement that so unashamedly puts the financial needs of a system over the rights and wellbeing of people, namely kids. It is similarly difficult to fathom just how out of touch Dyer seems to be with anyone who might have had a negative experience with the district schools he champions. So let’s take it piece by piece.

“All voucher recipients have to attend the local public school for 180 days prior to applying for a voucher.”

At the risk of stating the obvious, 180 days is a whole school year. I say this because it’s important to realize that when Dyer recommends that state law require kids to attend their local public school for 180 days before they can access a voucher, he’s talking about an entire year of their lives. It appears, given the rest of his piece, that he thinks this year will magically transform the wishes of any family who thinks that their child’s needs can best be met by a private school. But what happens if he’s wrong? Does Dyer have a plan to return to that family and that child the entire year’s worth of their lives he’s demanding? Doubtful.

To presume to know what every child in this state needs—and to presume that you know it better than their parents, to the point that you think you have the right to tell them where to send their kids to school—is the height of arrogance. But to make matters worse, it’s not all parents Dyer presumes to know better than. No, it’s only certain parents who are required to take up this trial offer: those who can’t afford to circumvent the system. Families who can fund private school tuition without assistance are apparently entitled to send their children to whatever school they prefer, no waiting period necessary. The same goes for parents who can sell their house and buy a new one in a completely different district. Families with greater resources are under no obligation to wait an entire year to earn the right to send their children to the school of their choice. But everyone else? Take a number.

“If you’re going to take money away from public schools…”

Just like every other time this argument rears its ugly head, it’s a clear indicator that the system is being prioritized over kids and families. When you view kids as dollar signs, families having the right to choose another school is a threat. It doesn’t matter why they choose to leave. All that matters is that they did, and their chosen schools are accused of “stealing” money that their previous schools are somehow entitled to just by virtue of existing.

The problem with this thinking, of course, is that kids aren’t dollar signs. No school, regardless of its governance structure, is entitled to students. And the assertion that choice programs “take money” from public schools is willfully misleading. Various studies from both Ohio and elsewhere show that school choice programs don’t hurt district achievement or funding. Ohio data show that per-pupil funding actually increased between 2000 and 2019 in districts where charters and private schools have historically been the most prevalent. And while complaints about losing money might have been an understandable technicality when the state funded voucher programs through deductions to districts’ state aid, even that is no longer the case. The previous state budget overhauled the school funding formula in favor of a new system that was touted as the “fair funding” model by the same districts and advocates who are still complaining it’s unfair.

“…so kids they’ve ‘failed’ can ‘escape’ to private schools…”

While the misleading and systems-first arguments in Dyer’s piece are offensive on their own, the quotation marks he places here around the words “failed” and “escaped” are particularly galling. Just because he doesn’t seem to have any firsthand experience with failing schools, and just because he doesn’t seem to know any families who have been desperate to escape, doesn’t mean they don’t exist. Implying that struggling schools or families who want better for their kids are some sort of made-up fantasy is laughable considering the data and media stories we have on record.

Consider the following examples: Youngstown City Schools has been low-performing for years and is one of several districts that are either under state oversight or have come close thanks to abysmal student outcomes. In Columbus, an attendance and data scrubbing scandal led to bogus bonuses and criminal charges. Dayton is so consistently bad at transporting their students to school that media reports about transportation hiccups are an almost annual occurrence. Last year, the Bedford City School District temporarily switched its high school students to remote learning because of fights between students. And Coventry Local Schools managed their finances so poorly that they were on state fiscal watch for nearly two decades before tipping into full fiscal emergency for another six years.

The point isn’t to denigrate these schools. Because here’s the dirty little secret that anti-choice folks don’t want anyone to know: Most choice advocates actually like public schools. I attended them from first grade on. I taught in them as a high school English teacher. I know how important they are to communities and democracy, and I want them to succeed. But I’m under no illusions that they always do, or that even the highest-performing school in a district is the perfect fit for every single kid. What I want—and what most pro-choice folks also want—is for kids to get an excellent education, even if that means attending a different kind of school. I want all families, regardless of their income, to have the same power to choose schools for their children that wealthy families who move to suburbs or pay private school tuition have.

If traditional public school advocates like Dyer want to champion high-quality district schools, that’s great. But at least be honest about who has access to them (spoiler alert: not everyone) and the fact that high performers can’t and shouldn’t give cover to low performers.

“…shouldn’t you actually give the district a chance to succeed first?”

The most obvious issue with this statement is a pretty simple, unanswered question: Why? Why do parents have to give public schools a chance? Every answer I can think of places a school, a district, or the system at large above the needs and rights of kids and parents. Moreover, I can’t help but think about all the experiences I’ve had that make a statement like this blatantly insensitive.

I remember being a teacher, and sitting in the living room of a potential student during a home visit with my principal. I remember this student’s mother telling us, in no uncertain terms, that she was choosing to send her son to a charter school because the district school across the street was too dangerous. She knew this from a variety of sources—from friends and family members with students enrolled in the school, from news stories, from activity in and around campus that she’d witnessed with her own two eyes since she lived nearby. If I had subscribed to Dyer’s belief that every family should be required to give traditional public schools a chance, would I have had to dismiss her viewpoint and tell her to enroll her child anyway, safety concerns be damned?

I have a family member with special needs. Right now, my family has access to voucher programs that empower us to choose the school that can best meet her needs. From Dyer’s viewpoint, that’s unacceptable. The fact that his attacks typically focus on EdChoice, and not Ohio’s special needs scholarships, doesn’t matter. By challenging the right to allow all parents to choose, he puts in jeopardy programs designed to serve families like mine, families who just want what’s best for the kids they love.

I grew up in Akron. My earliest memories are of a creaky old house with awful green carpet that was located just a few blocks from the Summit County Juvenile Court building and a mere two and a half miles from the current location of LeBron James’s I Promise school. Although there were several district schools nearby, my parents knew enough about them to recognize that they weren’t good academically or otherwise. So instead of enrolling my older sister and me, they sent us to a private school until we could afford to move to a suburb that they picked solely because of its good schools. EdChoice didn’t exist at the time. My parents made it work by depositing their tax return into a separate bank account, and then using those funds throughout the year to pay the school’s monthly bill. It’s unlikely they could’ve made this work for much longer, particularly since I have a younger sister. We were lucky the stars aligned before I started first grade. Lots of other families aren’t as fortunate. The idea of Dyer sitting at my kitchen table and telling my parents—or any of the other parents who sacrifice mightily to get something better for their kids—that they were wrong for doing so fills me with unutterable rage.

There’s plenty of room for disagreement in education policy. There are lots of folks who want what’s best for kids, but have different ideas about how to make that dream a reality. But it’s hard to look at this “recommendation” and square it with the best interests of parents and their kids. That recommendation is a lot of things. It’s paternalistic privilege that seeks to tell certain families what to do, and then seeks to limit their opportunities when they don’t listen. It’s willful ignorance about the reality that many students face when they walk through the doors of their local public school. It’s blatant disregard and disrespect for anyone who can’t afford to buy their way into the wealthy, high-performing districts that claim they are open to all when they’re not. But a reasonable recommendation for how to make Ohio’s voucher programs “good?” Nah.