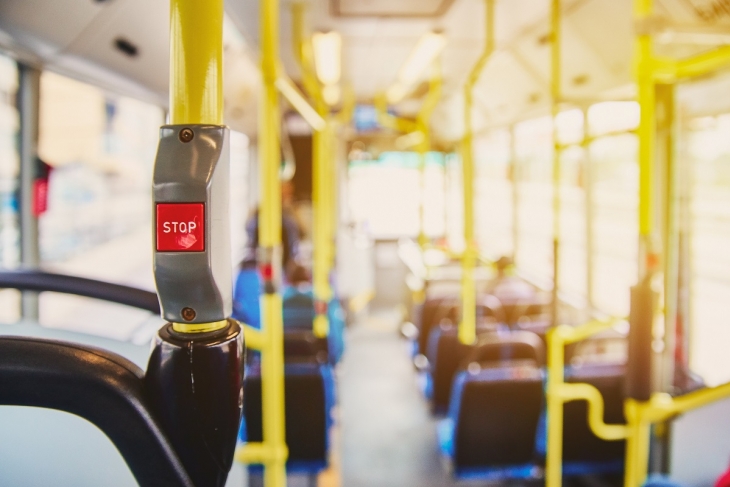 When districts announce school transportation changes during the early days of summer break, they usually don’t cause a lot of consternation. It’s understandable that administrators would use the lazy days of summer to make scheduling adjustments and such. But a recent announcement by Dayton Public Schools (DPS) is an exception—and is causing serious concern for families who exercise school choice.

First, some context. DPS has a long and troubled history with transportation. That history includes stranding charter school and district students, frequent changes in service with little notice to parents, huge expenditures for inconsistent service (both in-house and via public-transit contracting), and student safety issues.

For years, the district has opted to forego transporting high school students in an effort to save money. But last August, after years of low attendance numbers and the inclusion of a chronic-absenteeism indicator on the state report card, DPS announced that it would begin providing transportation to high schoolers again. Rather than utilize the yellow buses that get the district’s K–8 students to and from school, DPS signed a five-year contract with the area’s rapid transit authority (RTA) to provide high schoolers with bus passes. The move required the district to pay over $800,000 of district funds to RTA to upgrade limited-service buses, and annual costs are around $3.2 million.

The transition caused confusion among parents and failed in the first few months to noticeably improve attendance. It would have been wise for district leaders to listen to community feedback and make some adjustments. Instead, the school board recently voted to scrap the policy entirely in favor of a new alternative. Now, instead of providing DPS high schoolers with RTA bus passes, high school students will be provided with the same yellow bus transportation as their younger peers. But to make room for them, K–8 charter and private school students—those whom the district is required by law to transport—will now be forced to take RTA buses if they want DPS-funded transportation to school.

Why the change? Superintendent Elizabeth Lolli told the Dayton Daily News that the move is “for both financial and efficiency reasons.” In the wake of coronavirus, as schools across the nation are struggling with budget cuts, that seems fair at first blush. But this move brings high costs—all of which will be paid by students and families who have chosen to exercise their right to school choice.

For instance, it’s important to note that the district’s new policy would require all charter and private school students to be transported via RTA buses. When the district decided to contract with RTA to serve DPS students, it limited the scope to high schoolers. That makes sense, since teenagers have an easier and safer time managing public transit than their younger peers. But the board’s new policy doesn’t allow younger students from schools of choice to continue riding yellow buses. Instead, they have to take a city bus to school—regardless of their age.

Superintendent Lolli told reporters that the buses will use limited service routes, which will decrease access for the general public but won’t eliminate it. That means students could be riding crowded buses in the midst of a pandemic. She also recommended that each charter or private school hire adult attendants to ride with students. If schools refuse to do so—or, more likely, are unable to afford to do so, especially in light of coronavirus fallout—parents will be given passes so they can ride with their children from home to school and back. But that “solution” creates an entirely separate set of problems, especially for parents who have jobs to go to and can’t afford to spend the time riding back and forth every day with their children.

The district didn’t discuss the change with charter and private school leaders prior to voting on it either. Dave Taylor, the superintendent of the Dayton Early College Academy charter schools, told the Dayton Daily News that the district hadn’t communicated any details about the plan to charter schools. Even worse, DPS officials waited so long to announce the change that they robbed charter school leaders of the chance to find safer alternatives. Even if schools wanted to arrange their own transportation system, they can’t. The state’s deadline to do so for this fall has already passed. Dr. Landon Brown, the principal at the Emerson Academy charter school in Dayton, told reporters, “To not include us in the decision making process makes it seem as if our input is not valued and that is unacceptable.”

Forcing school choice families to use a public transit option that, less than a year ago, didn’t work effectively for the district’s own students is unfair. So, too, is the complete lack of communication between district officials and those who will be impacted by this change. Not to mention the safety issues, especially during a pandemic.

At the end of the day, charter and private school students are members of the Dayton community. One must question the intent behind forcing a busing system that did not work for DPS students onto students who have opted out of attending the district. Dave Taylor put it best: “Is [this new plan] what’s best for the district or is it what’s best for the city of Dayton? Are we considering that all kids in our schools matter, or are [we] just saying that some kids matter?”