EdChoice lawsuit twists the truth about school funding in Ohio 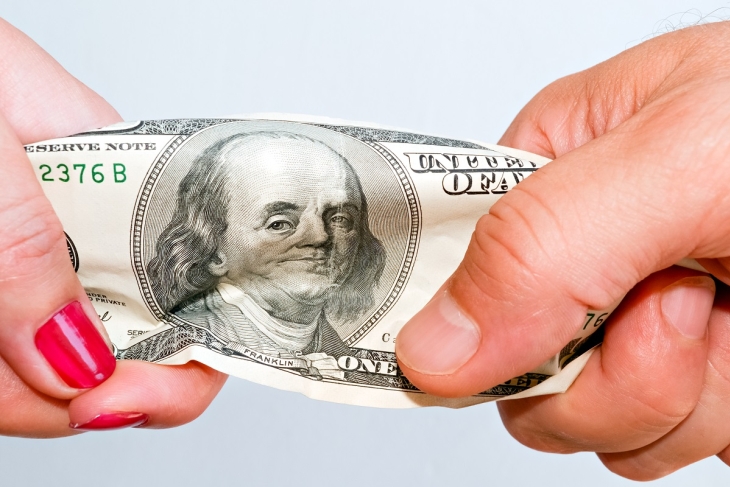 Last week, five school districts filed a lawsuit in the Franklin County courts that attempts to strike down EdChoice, Ohio’s private scholarship program that serves roughly 50,000 school children, many of whom are among the neediest kids in the state. The plaintiffs allege that offering these scholarships harms public school systems and thus offends the state constitution. The complaint, however, is riddled with sketchy data and questionable arguments, and it omits solid research evidence showing that EdChoice, like kindred scholarship programs across the nation, actually has neutral to positive effects on public schools. Predictably, the lawsuit also ignores the program’s benefits to the families who now have the opportunity to choose schools that better meet their children’s needs.

Amid their many distortions, the plaintiffs’ most deceptive claim is that students attending traditional public schools receive less funding than scholarship students. They contend that:

This disparity in funding is even more pronounced for the students attending schools in many of the Plaintiff Districts, where those students receive thousands of dollars less in state foundation funding on a per-pupil basis than their similarly situated voucher recipient counterparts.

This boils down to a claim that school districts are victims of an inequitable funding system. That would be worrisome if it were true. But it isn’t. The plaintiffs distort the truth by omitting key funding policies and the billions of dollars that those policies generate for traditional districts. Consider what the plaintiffs either missed or chose to ignore.

First, as part of the state foundation program, Ohio requires local districts to levy at least a 20 mill (or 2 percent) property tax. Those state-required dollars are excluded from the district funding amounts presented by the plaintiffs. In conjunction with direct state formula funding, this statutorily-driven tax ensures that all Ohio districts have sufficient baseline resources. As such, it’s a policy that cannot simply be ignored in debates about whether Ohio is meeting its constitutional obligations. Unfortunately, the plaintiffs do exactly that—omitting these foundational dollars—perhaps in an effort to manufacture a problem that doesn’t actually exist.

As Table 1 indicates, when the required property tax is included, the alleged inequity goes away. Combining state formula aid with the state-mandated property tax (which is built into Ohio’s entire school funding system), traditional districts receive on average $8,654 per pupil. That’s more than twice the district average that is cited by the plaintiffs ($4,008 per pupil) and above the scholarship amounts. The table below also illustrates the “progressiveness” of Ohio’s funding formula. It recognizes the uneven property wealth across districts and intentionally distributes more state aid to those that raise smaller amounts through property taxes. Among the five plaintiff districts, for instance, Lima and Barberton receive the most formula aid from the state—$11,530 and $8,526 per pupil, respectively—which more than offsets the smaller amounts that those districts generate on a 2 percent property tax.[1]

† I calculate these figures by dividing a district’s net state formula funding, as reported in the Ohio Department of Education’s January 7th payment reports for FY 22, by its FY 22 enrollment. The use of FY 22 funding data ensures that district amounts are comparable to the EdChoice scholarship amounts cited by the plaintiffs, which first applied in FY 22. * I calculate these figures by multiplying a district’s property values, as reported by the Ohio Department of Taxation for the 2020 tax year (TY 20), by 0.02. Data from TY 20 are the most recent available.

Second, subject to local voter approval, school districts have the authority to levy additional property taxes, i.e., more than 2 percent. Although these discretionary dollars could be seen as being outside the state foundation program, they generate millions more in revenue for traditional districts. The vast majority of districts do this, and the average property tax rate statewide was 3.64 percent (or 36.4 mills) in TY 20. When discretionary property tax dollars are added—none of which support private school students—we see district funding rise even more. Table 2 includes these dollars (which are also excluded by the plaintiffs). It shows that district funding statewide and in the five plaintiff districts easily exceeds the EdChoice scholarship amounts by almost $5,000 to more than $10,000 per pupil.

* I calculate these figures by multiplying a district’s property values, as reported by the Ohio Department of Taxation for TY 20, by the difference in a district’s effective property tax rate and 0.02. Data from TY 20 are the most recent available.

Third, overall spending on traditional district students’ education far exceeds EdChoice scholarship amounts. If anything, scholarship students are the ones who are treated unfairly. In the end, what matters is the overall resources available to educate students—not necessarily where the dollars come from. When it comes to overall spending totals—here including dollars generated from federal, state, and local sources—Barberton spent $14,762 per pupil in FY 21, Cleveland Heights University Heights spent $21,669 per pupil, Columbus spent $13,930 per pupil, Lima spent $16,113 per pupil, and Richmond Heights spent $18,094 per pupil. The plaintiff districts’ spending figures all exceeded the statewide district average that year ($13,387 per pupil) and were about two to three times the EdChoice scholarship amounts.

School funding is—and has long been—a joint effort between the state and local districts. In fact, the ability to raise money locally is often viewed as central to the cherished notion of “local control.” As the lawsuit moves forward, the courts must do a more comprehensive analysis of district funding that recognizes the state-required property tax—which ensures every district contributes its fair share—and looks at money generated via all taxpayer sources. If they do this, they’ll soon see that the plaintiffs’ story is a work of fiction.

[1] The plaintiffs’ complaint appears to rely on funding projections, as it was filed prior to the first payments made under the new formula in FY 22. That may explain differences in their figures versus my calculations. FY 22 state funding for Cleveland Heights-University Heights and Richmond Heights are likely affected by an anomaly in the FY 21 funding system (a suspended formula) and the phase-in of the new formula. Under a fully implemented formula, both districts would receive more than $3,000 per pupil in state aid according to June 2021 projections from LSC.