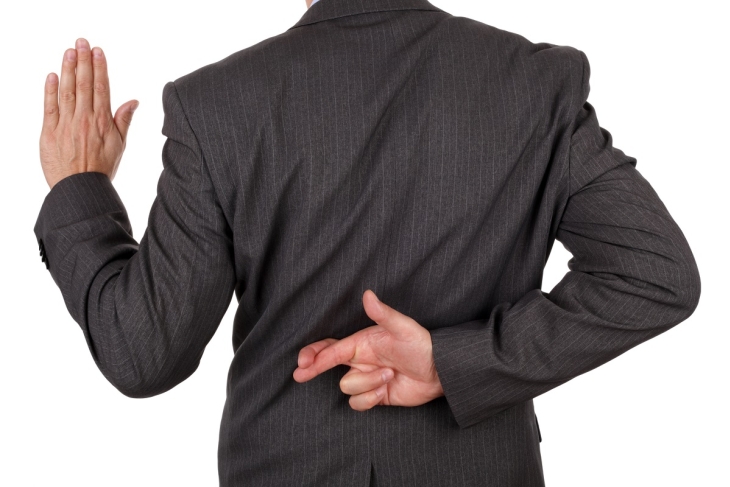 In the early days of January, a coalition of traditional public school districts filed a lawsuit aimed at striking down EdChoice, Ohio’s largest voucher program. As is typically the case, their claims run the gamut of anti-choice rhetoric and rely on inaccurate and misleading data. But they are particularly disingenuous when they claim that EdChoice “discriminates against minority students by increasing segregation in Ohio’s public schools.”

The lawsuit contends that “a disproportionate percentage of non-minority students” use EdChoice. But based on statewide data, that’s not true. Consider data from 2018–19, the last school year that wasn’t impacted by Covid-19. During that year, 16 percent of students in districts statewide were Black, and 6 percent were Hispanic. Within the EdChoice program, however, 38 percent of the participants were Black and 11 percent were Hispanic. That means the percentage of Black students participating in EdChoice was more than double the statewide district average. The percentage of Hispanic participants was nearly double, as well. Compared to statewide demographics, EdChoice students are disproportionately Black and Hispanic.

If that’s the case, then how can the lawsuit claim otherwise? The short answer is that the plaintiffs are focused on district-level data because they believe it strengthens their case. Specifically, they argue that, since the advent of EdChoice, “the percentage of minority students in many of Ohio’s public school districts has increased disproportionately relative to the communities where they reside.” As evidence, they cite the districts of Richmond Heights and Lima, where the percentage of White students has dropped and the percentage of students of color has increased. They also point out that Columbus City Schools has experienced a nearly 10 percent drop in its percentage of White students.

The plaintiffs seem to believe that these population changes can only be explained by White students using EdChoice vouchers while all other students are forced to remain in public schools. But there are two problems with such logic. First, the plaintiffs cite overall district demographic data, but offer no demographic data on their EdChoice students. If the point of the lawsuit is to prove that a “disproportionate percentage of non-minority students” use EdChoice, then disaggregated EdChoice numbers are crucial. Without them, there’s no way to verify the claim. The plaintiffs don’t cite these data, but my colleague Aaron Churchill does in a previous analysis of EdChoice and segregation. He found that in Columbus City Schools—the district explicitly cited by the lawsuit as evidence that EdChoice “exacerbated segregation in previously desegregated districts”—voucher recipients are demographically similar to their district peers. Sixty-seven percent of students in the district were either Black or Hispanic, while 68 percent of voucher participants were Black or Hispanic.

Second, the plaintiffs fail to provide evidence that it was EdChoice—and not myriad other social or economic factors—that caused these shifts in district demographics. Any education researcher worth their salt will tell you that correlation doesn’t equal causation. Much as they might want to, voucher opponents can’t rattle off enrollment trends from three districts between 2006 and 2021 and claim that it’s proof that the program has caused segregation in these districts, much less the state as a whole.

Moreover, there’s plenty of data indicating that the entire nation has been experiencing similar shifts in demographics over the last twenty years. According to the National Center for Educational Statistics, the percentage of public school students who were White decreased from 54 percent to 47 percent between the fall of 2009 and the fall of 2018. Meanwhile, the percentage of students who were Hispanic increased from 22 to 27 percent, and the percentage of students who were Black decreased from 17 to 15 percent. In 2014, a piece published in The Atlantic noted that, although 62 percent of the total U.S. population had been classified as non-Hispanic White during the previous year, minority students—identified as Hispanics, Asians, African Americans, Native Americans, and multiracial individuals—would account for over 50 percent of public school students in the fall.

The upshot? At both the national and state level, there are fewer White students in public schools this year than there were in 2006. And while it’s true that voucher usage in Ohio has increased during that time period, the size of EdChoice is hardly enough to account for the state-level demographic shifts outlined above. Remember, despite serving about 50,000 students today, EdChoice represents only 3 percent of the total public school enrollment in Ohio. Broader population trends are almost certainly playing a much greater role in demographic changes than EdChoice.

If voucher opponents want the courts to dismantle a school choice program that serves tens of thousands of students each year on the basis of segregation, they need more than conjecture and incomplete data. Based on their complaint, they’ve failed to bring any hard evidence that supports their accusations. With any luck, the courts will ignore their flimsy claims and see the lawsuit for what it is: a politically motivated, half-baked attempt to kill educational choice for thousands of Ohioans.