The anti-voucher lawsuit misses the mark in its constitutional arguments 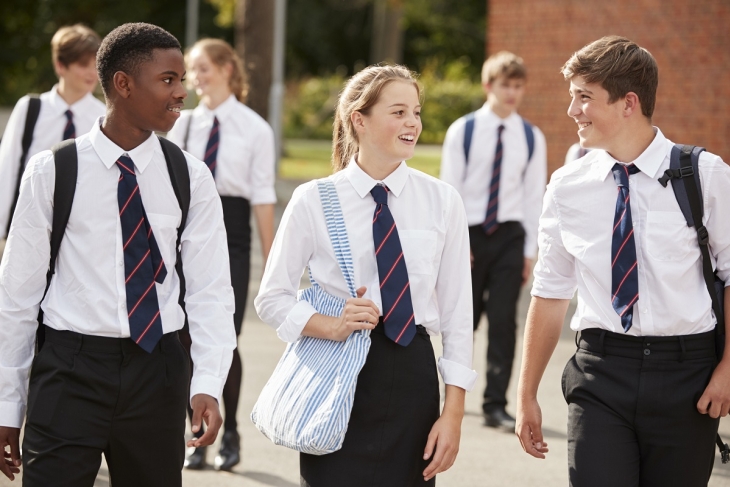 If you’re at all involved in Ohio education policy, you’ve heard about the anti-voucher lawsuit that was recently filed by the Ohio Coalition for Equity and Adequacy of School Funding. The coalition, which is made up of dozens of traditional public school districts, hopes that a victory will spell the end of the EdChoice Scholarship Program, which served over 50,000 kids during the 2020–21 school year.

The lawsuit opens with the assertion that EdChoice poses an “existential threat” to Ohio’s public school system. The claims that follow outline several arguments in favor of abolishing the program. My colleague Aaron Churchill recently did a very thorough and efficient job of debunking the lawsuit’s claim that EdChoice has created an inequitable funding system. But there are a few other erroneous claims that also deserve rebuttals. And one of the most significant is that EdChoice is unconstitutional.

Most of the plaintiffs’ case is predicated on Article VI, Section 2 of the Ohio constitution, which reads: “The General Assembly shall make such provisions, by taxation, or otherwise, as, with the income arising from the school trust fund, will secure a thorough and efficient system of common schools throughout the State; but, no religious or other sect, or sects, shall ever have any exclusive right to, or control of, any part of the school funds of this State.”

The plaintiffs’ arguments against this provision can be boiled down to this: First, the expansion of EdChoice has, in their words, “created multiple state-wide systems of publicly-funded, uncommon, private schools.” The program offends the constitution in doing so, as they believe the law “authorizes the state only to fund a thorough and efficient system of common, i.e., public, schools.” Second, because many of the private schools that participate in EdChoice are religious, the lawsuit claims that the program violates the Ohio constitution by “placing hundreds of millions of dollars in school funds within the exclusive, unfettered control of private (mostly religious) institutions.”

Both arguments miss the mark, and here’s why.

A thorough and efficient system of common schools

First, the constitution calls for the state to fund a system of common schools. And a system, by definition, is “a regularly interacting or interdependent group of items forming a unified whole.” Ohio’s current education landscape is made up traditional public districts, charter public schools, STEM schools (which are public but operated independently of a district), and private schools. These schools are unified by a common goal to educate kids, and the ability of Ohio families to choose where to send their children means schools must regularly interact with each other and the community. Ohio’s schooling landscape—and the diverse options that are part of that landscape—clearly fit the definition of a system.

Moreover, there is no provision within the constitution that requires schools within the mandated system to operate under the same governance structure. In fact, it’s widely accepted that systems have different and unique parts. The human respiratory system, for example, is made up of the mouth and nose, the sinuses, the pharynx, and the lungs. Each part is responsible for helping our bodies breathe, but they don’t accomplish that goal in the exact same way. If they did, they wouldn’t be a system—they would be a group of identical parts. The same is true for education. Traditional district, charter, STEM, and private schools that accept vouchers reach their shared goal in distinctive ways, but striving toward the same goal makes them a system. So, too, does the fact that they all must meet the same health and safety guidelines, administer annual state tests, and hold students to the same graduation standards.

Second, the lawsuit overlooks an important precedent. In 2001, a group of traditional public school advocates filed a lawsuit alleging that Ohio’s charter school law was unconstitutional. They claimed that charters—referred to as “community schools” in law—weren’t part of the common school system. In 2006, the Ohio Supreme Court upheld the constitutionality of the law and ruled that the General Assembly had not transgressed the limits of its legislative power. Writing for the majority, Justice Judith Ann Lanzinger explained: “In enacting community school legislation, the General Assembly added to the traditional school system by providing for statewide schools that have more flexibility in their operation. Community schools were designed to give parents a choice.” She added that “the expressed legislative intent is to provide a chance of educational success for students who may be better served in their educational needs in alternative settings.”

It’s not difficult to see how this could be applied to the recently-filed voucher lawsuit. In enacting EdChoice legislation, the General Assembly didn’t abandon the traditional public school system. In fact, lawmakers have continued to support and fund Ohio’s traditional school districts at increasing levels over the past two decades. All they did was add more educational options that empower families to choose schools that best meet the needs of their children.

The second half of Article VI, Section 2 relates to religion. The plaintiffs argue several times that because students can use a voucher to attend a religious school, the state is thereby funding religious entities. But that claim runs counter to a precedent set by the U.S. Supreme Court. In 2002, the Court ruled in Zelman vs. Simmons-Harris that the Cleveland Scholarship Program didn’t violate the Establishment Clause. Chief Justice William Rehnquist wrote that the program “is entirely neutral with respect to religion” and that it “provides benefits directly to a wide spectrum of individuals.”

This same reasoning holds true for EdChoice. Any and all Ohio private schools, regardless of religious affiliation, are welcome to participate. The program doesn’t prioritize religious schools, and a program that is “neutral with respect to religion” cannot and does not provide “an exclusive right” to state funds. Furthermore, because EdChoice scholarships are given to families—a “wide spectrum of individuals,” to use Justice Rehnquist’s words—rather than to private schools, the state can’t be accused of funding private schools, religious or otherwise. The lawsuit asserts that EdChoice places “hundreds of millions of dollars in school funds within the exclusive, unfettered control of private (mostly religious) institutions.” But based on what the U.S. Supreme Court decided two decades ago, that’s not true. Voucher programs like EdChoice place funding in the hands of families who then make a choice about which school their child will attend. It’s through families, not the state, that taxpayer funds reach private schools.

It’s telling that this lawsuit opens with a declaration that EdChoice poses “an existential threat” to public schools. It makes the plaintiffs’ intentions crystal clear. This isn’t about kids, or families, or communities. It’s not about making sure that every kid has a chance to attend a school that will meet their needs. It’s about giving a particular set of schools—and a particular group of people—an opportunity to reclaim a monopoly on state funding regardless of how well they serve kids. Ohio families deserve better than that.