The promises and pitfalls of House Bill 154’s ADC revisions 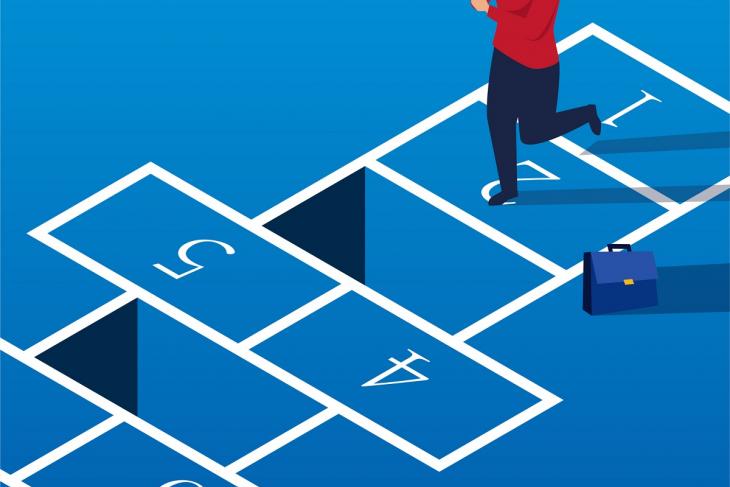 The past few weeks have seen a flurry of legislative activity related to Academic Distress Commissions (ADCs), Ohio’s mechanism for intervening in low-performing school districts. Governor DeWine’s state budget proposal includes language that would significantly alter the ADC model and include it among a menu of intervention options. House Bill 127, as amended, would eliminate ADCs altogether. Senate Bill 110 also seeks to change ADCs, though to a lesser extent than the other bills.

And then there’s House Bill 154. This legislation originally sought to replace ADCs with the mandatory implementation of community learning centers, a model that, according to state law, focuses on “a coordinated, community-based effort with community partners to provide comprehensive educational, developmental, family, and health services to students, families, and community members during school hours.” But just before the bill was to get its second hearing in front of the House Primary and Secondary Education Committee, its sponsors offered a completely revised version.

The updated bill does two things. First, it dissolves all current ADCs. This means the commissions that are in place in Youngstown, East Cleveland, and Lorain would cease to exist, and school district boards would reclaim authority over all district schools. Second, the bill replaces the ADC model with a school-based, locally-driven intervention mechanism. Schools that were previously part of an ADC and earned an F during the previous school year would be subject to this new intervention method starting on July 1, 2019. In July of the following year, any school statewide that received an overall grade of F during the previous year would be subject to the new law.

Here’s how it would work: Schools that earn an overall F are designated by the state superintendent as “in need of improvement.”[1] This identification requires the district board to establish a school improvement team comprised of administrators and teachers. The improvement team is then responsible for conducting a performance audit of the school that “reviews the needs of students, parents, teachers, and administrators.” As part of the audit, the team must seek input from parents and other community members from within the attendance zone of the building. Based on their findings, the team develops a school improvement plan that must be based on a “multi-tiered, evidence-based model.” The plan can—but is not required to—include measurable benchmarks in areas like promotion and dropout rates, student attendance, and graduation rates. Finalized plans must be submitted to the district board for approval by the final day of the school year. Prior to approval, the board is required to gather community feedback via at least one public hearing.

Like the ADC law before it, this new mechanism extends across multiple school years. While the ADC model gradually increased the power of an appointed CEO based on continued low performance, the new law keeps the local school board and the school improvement team in firm control of the intervention reins. Take a look:

So what happens to a school that still hasn’t made any progress by the end of four years? Well, nothing yet. The bill requires the state superintendent to work with the state board to “determine the best method to support school buildings that fail to meet improvement benchmarks.” They’re required to submit a report on their findings to the legislature by January 2020, presumably so that something can be put into law.

It might seem reasonable to require the board and the department to do some thorough research before putting anything into statute. But there are two major problems with that provision. First, an implication that something might be done in the future to address chronic low performers isn’t enough. The state has an obligation to families and taxpayers to step in when students aren’t being served well, and four years of consecutive F grades is a pretty clear indication that something is wrong. If local districts can’t improve on their own within four years, then the state needs to step up and intervene—and their method for doing so needs to be included in this bill. Second, the department and the board are the same folks that have championed weak graduation requirements that are harmful to low-income and minority students and created a strategic plan that purposely shies away from traditional academic measures and lets everyone off the hook. If the legislature wants to consider a plan created by these groups, they have every right to. But given their recent history and the fact that consistently poor performing schools are harmful to students, families, and communities, legislators need be ready and willing to reject anything that flies in the face of serious transparency and accountability.

Another aspect of House Bill 154 that has both positives and negatives is its shift from district-level to school-level intervention. If the bill becomes law, it will be low-performing schools—not entire districts—that face potential intervention. On the one hand, focusing on school buildings could mean more personalized reforms that are tailored to a much smaller number of students. Schools that are serving students well even though they may be located in a chronically low-performing district will be spared the upheaval of district intervention. And teacher and administrator buy-in may be easier to achieve since there will be a smaller number of folks to win over and plans will be crafted by the same people who will be responsible for implementing them with fidelity.

But focusing on schools instead of districts also means considerably more work for district administrators and staff. For example, the bill requires districts to hold public hearings to seek community feedback prior to approving improvement plans. In large districts that may have a large number of schools identified—say, Columbus or Cleveland—that will mean a lot of public hearings and a lot of plans to consider. A school-level focus will also likely stretch the capacity of the Ohio Department of Education, which must provide technical support to any improvement teams that request it. In the end, drilling down to the building level in this way could mean even less support for schools that need it the most.

A final aspect to consider is the bill’s provisions regarding school improvement plans. It’s good news that these plans must be based on multi-tiered, evidence-based models. In the fall of last year, Ohio released its brand new evidence-based clearinghouse along with some additional resources. This clearinghouse—as well as additional data and research completed by the Ohio Education Research Center—provides a strong foundation for schools that will need to draft improvement plans.

But the bill’s provisions regarding these plans are also missing some key elements. First, schools are not required to include measurable benchmarks in their plans. This is a serious oversight, since the only way to determine whether a plan is successful is to evaluate progress in comparison to measurable goals. Obviously the ultimate goal is for a school to earn an overall grade higher than an F. But to do so, schools will need to have smaller, quantifiable goals for a variety of areas.

Second, although the bill outlines a few of areas that could be the basis for benchmarks—including, but not limited to, creating a culture of academic success among students, student attendance, safety and discipline, promotion and dropout rates, and graduation rates—there are two glaring omissions from the list: student achievement and student growth. Given that achievement and growth are the most heavily weighted measures in determining a school’s overall grade, it seems nonsensical that improvement teams and plans wouldn’t be focused on improving these measures. It is also troubling that the bill doesn’t seem interested in requiring schools—whose sole purpose is to educate children—to track objective measures of academic progress.

Third, there is no mechanism for making sure that improvement plans are actually evidence-based. The bill requires that the district board and superintendent review the plan and seek community feedback prior to approval, but there is no objective entity that is charged with making sure plans are based on rigorous evidence. While it’s understandable and even wise to return control to local communities, such authority should include checks and balances. Prudence suggests it might be smart to have the department use its technical expertise to develop an expansive menu of evidence-based reforms that districts could choose from, though there should also be an appeals process in place in case a local plan is developed that seems promising but hasn’t yet shown widespread success.

Overall, the amended House Bill 154 is a mixed bag. There are some provisions that are promising and deserve support, but others—such as ignoring achievement and growth or failing to answer “what next” after four years of failed local improvement efforts—are problematic.

As legislators consider this and other ADC-related bills, they would be wise to remember how high the stakes are for students and communities. The districts currently under ADC control have consistently weak academic growth, low college completion rates, and few students reaching proficiency in basic subjects. Some of the districts have been performing poorly for ten years or more. Their schools are producing graduates who aren’t prepared for college or the workplace—and families, communities, and local businesses are paying the price. They don’t need endless improvement timelines. They need a sense of hope, and a sense of urgency, now.

[1] This does not apply to charter schools—only to buildings that are operated by a city, local, or exempted village school district.