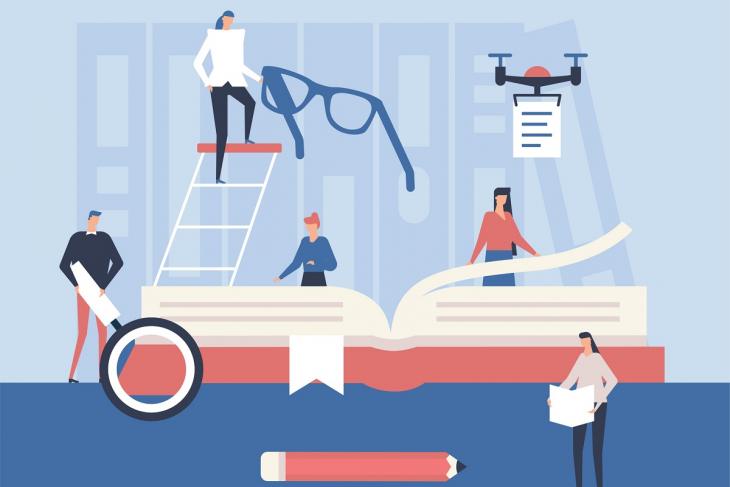 As winter turns to spring, the question roiling the General Assembly is what Ohio should do about chronically underperforming school districts. Setting off the debate has been a drumbeat of negative press highlighting complaints about academic distress commissions (ADCs), the state’s mechanism for district intervention. The grievances, largely from adults with vested interests in the failed status quo, center on the weakening of local authority, despite years of ineptitude that put them under the thumb of the state in the first place. In response, several lawmakers have filed bills to significantly walk back ADCs.

Into this mix, State Superintendent Paolo DeMaria recently issued his statutorily required report on ADCs. Superintendent DeMaria’s thoughtful analysis of the current situation is worth a read, and a number of his ideas have already found their way into Governor Mike DeWine’s recently released budget legislation (House Bill 166). However, though there is room for improvement for Ohio’s district turnaround policies, the solutions put forward by DeMaria and included in HB 166 are not the right path forward. It’s an overly technocratic, too-trusting proposal that is a far cry from the decisive action needed in districts producing academic results that no policymaker would accept from their own children’s schools.

The central problem with the HB 166 framework is that it rests its hope on a state superintendent who has the will to withstand political pushback and a desire to roll up their sleeves and do what Superintendent DeMaria has called “extremely challenging and difficult work.” Even if our current superintendent is up to that task, no one can discern whether a future chief would be willing to bear these responsibilities. With little accountability pressure baked into the system on the superintendent to lead bold reforms in failing districts, chances are slim that this proposal will yield the transformative changes needed to improve student achievement. With this, let’s dive into the details.

Bring in the technocrats

Under DeMaria’s plan, if a district receives an overall F on its report card, the state superintendent must designate it as in need of “substantial and intensive support.” This triggers reviews by the Ohio Department of Education, along with an agreement between ODE and the district that spells out their respective duties. These light-touch first steps are a solid start. But then things go haywire. The state superintendent must appoint four advisory committees on academics, governance, fiscal stewardship, and community relations. However, three of these committees—all except community relations—would entirely consist of current or former district superintendents, school board members, and treasurers. The belief seems to be that only school officials have the answers to the challenges facing troubled districts. Don’t get me wrong, requiring a superintendent to sit on an academic committee makes perfect sense. Yet shutting out parents with children in the district, business and philanthropic leaders, nonprofit executives, or university professors—as if they have nothing to offer—would likely yield narrow ideas that further entrench the status quo rather than challenge it.

After two years of gentle “substantial and intensive support,” the state superintendent has the authority—should he or she choose—to require districts to undertake a turnaround intervention. The key part of the legislation reads (emphasis mine):

“The state superintendent shall establish a school district improvement intervention for any school district that meets one of the following conditions: 1) The district has been designated as in substantial and intensive support status for not less than two consecutive years, and the state superintendent has determined that the district has not complied with its expectation and support agreement … or has not made sufficient progress in making academic improvement.”[1]

Unlike current law that mandates state action via ADCs when districts receive three straight F’s, intervention under HB 166 is at the discretion of the state superintendent. He or she gets to decide whether the district has “complied” or made “sufficient progress.” For instance, a state superintendent can simply avoid intervening by deeming a district “in compliance,” a determination that is entirely his or hers to make. This loophole allows for the possibility that no district will be required to undertake an actual turnaround, no matter how awful its performance.

What if a state superintendent actually decides to intervene? Under HB 166, various options would be at his or her disposal. The table below shows the spectrum of possibilities—from almost comically soft interventions (the “assistive option”) to more serious approaches, such as mayoral control or a CEO that reports directly to the state superintendent. The problem is that, with soft options on the table, the paths of least resistance are more likely to be trodden. It would take an unusually gutsy state superintendent—or one who is being pressured by the state board and/or governor—to choose a more forceful turnaround option. While providing a limited number of options is reasonable, the menu shouldn’t enable superintendents to duck responsibility via weak interventions.

The current ADC law provides clear, objective criteria by which districts earn the right to transition out of intervention status. HB 166, however, does not. Though the proposal does automatically remove districts from support and intervention status when they earn a C or above overall rating, it also permits the state superintendent to call it quits based on their own determination about the academic performance of the district. As a result, districts earning D’s and F’s while in intervention could be released solely because the state superintendent is facing political pressure.[2]

State legislators shouldn’t give up on interventions in troubled districts—or punt that decision to the state superintendent. As legendary football coach Vince Lombardi once said, “Winners never quit, and quitters never win.”

[1] The second condition refers to districts with existing ADCs. In those cases, the state superintendent decides whether to continue with the current ADC or select another intervention approach as discussed above. However, he or she cannot avoid some form of intervention for such districts.

[2] An F rated district exiting intervention status due to the determination of the superintendent would presumably revert to the “substantial and intensive support” status.