The ABCs of ADCs: An in-depth look at the new academic distress commission legislation 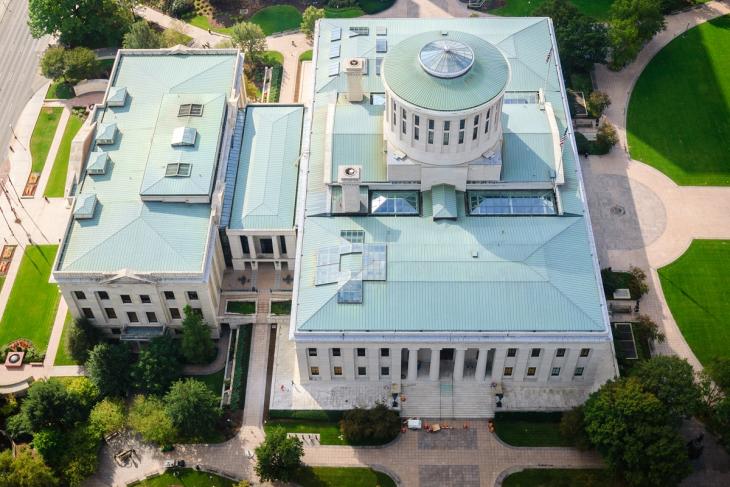 Passed by the Ohio House and Senate, House Bill 70 sharpens the powers and duties of “academic distress commissions” (ADCs) in Ohio and now awaits the signature of Governor Kasich.

Academic distress commissions were added to state law in 2007 as a way for the state to intervene in districts that consistently fail to meet standards. Two districts (Youngstown and Lorain) currently operate under the auspices of an ADC, but the new bill only applies to the former (as the latter’s commission is too new) and to any future districts which fall into academic distress after the bill’s effective date. Despite being nicknamed the “Youngstown Plan,” HB 70 doesn’t specifically mention Youngstown; on the contrary, it applies statewide and significantly alters the way any ADC—whether already existing or established in the future—is run. Moving forward, a new ADC will be established if a district receives an overall F grade on its state report card for three consecutive years. As for districts already under an ADC (Youngstown and Lorain), the structure of their ADCs will change on the bill’s effective date of compliance.

1. Lessening the power of the local school board

In current law, ADCs consist of five voting members: three appointed by the superintendent of public instruction and two by the president of the district’s board of education. HB 70, however, lowers the school board’s number of appointees from two to one. This allows one member of the ADC to be appointed by the mayor of the municipality in which the district is located. It therefore limits the board’s ability to approve or reject the overall plan for the ADC, which is crafted by the CEO and approved by the members of the ADC. House Bill 70 clearly puts the ADC in the driver’s seat.

Most interestingly, if the district has failed to earn a C by its fourth year under the ADC, the elected school board will cease to exist. Instead, a new board of education will be appointed by the mayor from a slate of candidates nominated by a panel consisting of two people appointed by the mayor, one principal employed by the district and selected via vote by the district’s principals, one teacher appointed by the local union, one parent appointed by the parent-teacher association, and the chairperson of the academic distress committee. This procedure is somewhat akin to the mayoral control of Cleveland, New York City, and Washington, D.C. In fact, HB 70 also includes provisions that outline how a referendum election would eventually determine whether the mayor continues to appoint the board or the board returns to being a locally elected body. Even with a new board—appointed or not—the CEO retains “complete operational, managerial, and instructional control of the district.”

HB 70 calls for the appointment of a powerful chief executive officer by the members of the academic distress commission. The bill states that the CEO has “complete operational, managerial, and instructional control of the district.” That includes replacing school administrators, hiring new employees, establishing employee compensation, allocating teacher class loads, conducting employee evaluations, setting the school calendar, creating the district’s budget, contracting for services, determining curriculum, and setting class sizes. As a result, the possibilities for reform are numerous: Consistently failing districts under an ADC could extend the school day or year; institute alternative pay schedules, including merit pay or offering higher pay for harder-to-fill positions like high school sciences; alter teacher class loads to allow for hybrid teachers; or contract for wraparound services in a more innovative way. A superintendent of any traditional district, failing or otherwise, can technically already recommend reforms like this. So why is the role of the CEO so radical?

For starters, it’s because of collective bargaining changes. Bill text states that the CEO “shall represent the district board during any negotiations to modify, renew, or extend a collective bargaining agreement entered into by the board.” Traditionally, a superintendent is bound by a collective bargaining agreement negotiated by the school board and the local union. But in the case of HB 70, the CEO has the right to refuse to modify or extend the agreement. Similarly, if it comes time to renew the agreement, the CEO has full control over the negotiations and is “not required to bargain on subjects reserved to the management and direction of the school district.” In other words, the key functions of district management are not up for negotiation.

The CEO’s role is also revolutionary because of the steadily increasing power afforded to her if a district does not achieve an overall grade of C or higher on its state report card. If, after one year under the ADC, the district doesn’t earn a C, the CEO is empowered to “reconstitute any school operated by the district.” This means the executive can do any of the following: Change the mission or curriculum of the school, replace the school’s principal or administrative staff, replace a majority of the staff (including teaching or nonteaching employees), contract with a nonprofit or for-profit to manage school operations, reopen the school as a charter, or permanently close the school. The last two options are the most intriguing. Reopening a school as a charter is an intervention model that is supported by the U.S. Department of Education (specifically, it’s called the “restart model”) and has been used in other states.[1]  Closing schools, although politically divisive, has been proven to increase the academic achievement of affected students—especially if they are placed in a higher-performing school. These two powers offer the CEO an unprecedented ability to change the landscape of a failing district.

If the district fails to achieve a C grade for additional years, the CEO is given greater tools. At the two-year mark, the CEO is permitted to “limit, suspend, or alter any provision of a collective bargaining agreement entered into, modified, renewed or extended on or after the effective date” of the bill (the CEO cannot, however, reduce base hourly pay or insurance benefits). All of these powers continue to belong to the CEO if the district fails to earn a C for a third year in a row.

HB 70 expands choice in two ways. First, it allows for the creation of a high-quality school accelerator for the district. This accelerator is not operated by the district, and the CEO has no authority over it. Its purpose is to promote high-quality schools, recruit high-quality sponsors for charters, attract new high-quality schools to the district, and lead improvement efforts by increasing “the capacity of schools to deliver a high-quality education.” (Cincinnati is in the beginning stages of developing an accelerator based on Indianapolis’s successful Mind Trust organization.) By operating independently of the district and the CEO, the accelerator is intended to be insulated from political and financial pressures and therefore objective in its pursuit of high-quality options and agnostic to a school’s sector. HB 70 also designates every student in an ADC district “eligible to participate in the Educational Choice Scholarship program,” which is Ohio’s voucher program for students in failing schools. This ensures that even if the schools in the ADC continue to struggle to meet benchmarks, families will have the choice to send their children to a private school through the state’s voucher program.

In order to transition out of an ADC and back to a traditional system, a district must meet a few high expectations. First, it must earn an overall grade of C on its state report card. Once this grade is obtained, the district must have an overall grade higher than F for two more years in a row (the first C grade doesn’t count as one of these two years). If the district is given an F before achieving two consecutive years of higher grades, it returns to its original status in the ADC and must start the process over again by earning another C. However, if the district manages to earn grades higher than F for two consecutive years, the CEO will “relinquish all operational, managerial, and instructional control of the district to the district board and district superintendent and the academic distress commission shall cease to exist.”

Overall, HB 70 makes significant changes to Ohio’s academic distress commissions. By lessening the power of the local school board, transferring that power to an appointed CEO, opening the door to mayoral control, and expanding school choice, academic distress commissions have transformed into a far more aggressive reform. Only time will tell if this new structure will bear the kind of fruit that kids in places like Youngstown so desperately need.

[1] The best-known uses of the restart model include Louisiana (the Recovery School District, or RSD) and Tennessee (the Achievement School District, or ASD.) To be clear, there are differences between the ADC legislation in Ohio and these recovery districts. For example, the RSD and ASD are statewide districts. Though the RSD is often linked to New Orleans and the ASD to Memphis, both districts operate schools outside those cities (the ASD has schools in and around Nashville, and the RSD has schools in Baton Rouge). The ADCs in Ohio, on the other hand, are much more locally driven: They exist only in certain districts and—up until a certain point outlined in the law—still have locally elected school boards (though the school board’s power is significantly limited). For more on recovery school districts, check out Fordham’s latest report, Redefining the School District in America.