Ohio’s new strategic plan lets everyone off the hook 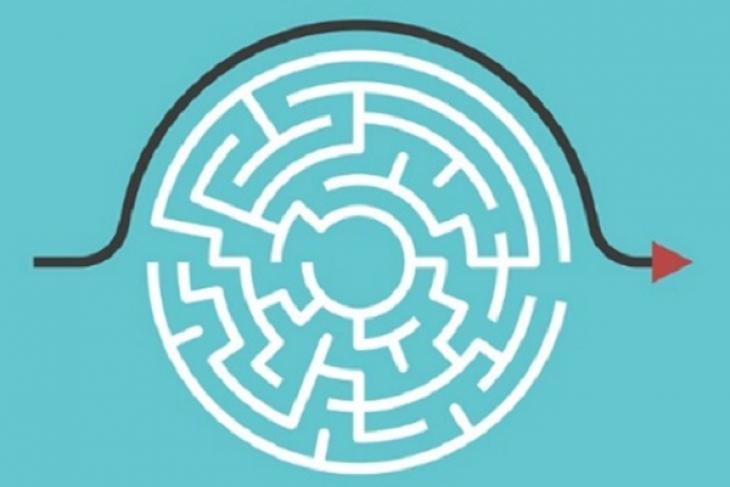 Setting a high standard and then backing away from it the way Ohio policymakers have done repeatedly over the last few years is not wise governance. It leaves schools and students in a constant state of flux, makes it difficult for schools and parents to evaluate progress, and communicates a lack of faith in the state’s students, teachers, and schools.

The development of a strategic plan for education offered policymakers a clear opportunity to get something right after years of getting it wrong—a chance to propose rigorous and data-driven academic goals and then actually stick to them. Unfortunately, that opportunity passed by unseized. Rather than propose an ambitious goal, the plan does the opposite. It proposes something so vague and easily achievable that policymakers won’t need to back down because schools and students won’t have any trouble achieving it. Take a look:

Ohio will increase annually the percentage of its high school graduates who, one year after graduation, are:

To understand why this goal is so weak, let’s take it apart piece by piece. The first thing to know is that Ohio currently doesn’t have data on how many of its graduates meet these conditions, meaning that there is no baseline against which to measure progress. There is also no clear statement in the plan on how the state would actually collect these data moving forward, other than a note that the department will “pursue data sources and data-sharing agreements.” Another aspect that sticks out is the vagueness of “increase annually the percentage.” There’s no mention of how much of an annual increase is expected. As a result, it’s possible that the percentage of graduates who meet the goal could increase by a miniscule half percent and the state would be able to declare success.

The phrase “one year after graduation” is also problematic. Considering most students graduate in May, would Ohio track postsecondary enrollment the next May—when most students are finishing up their first year in college—or in August, when their second year officially starts? That’s an important question because  statistics show that 30 percent of college freshmen drop out after their first year of college (possibly inflating post-secondary “success” rates), and because an increasing number of students are taking gap years (deflating success rates).

Regardless, the one-year timeframe is still way too short to measure outcomes and declare success or lack thereof. Just because students are enrolled in an educational program one year after high school graduation doesn’t mean they will persist in the program. In fact, data show that many students who initially enroll in college never earn a degree. The most recent report on college completion rates from the National Student Clearinghouse found that, within six years of starting college, 12 percent of students had not earned a degree or certificate but were still enrolled, and another 31 percent had dropped out entirely.[1] A good chunk of those dropouts are students who had to take remedial courses—data show that most remedial students never go on to graduate—and millions of them are saddled with hefty student loan debts after they leave campus. Quite a few of them are first-generation college students. Based on Ohio’s strategic plan goal, though, none of that matters: As long as students are enrolled in any program one year after they graduate, who cares if they ever go on to earn a diploma?

The bullet-point list for how students can meet the goal is also problematic. The first requires a student to be “enrolled and succeeding in a post-high school learning experience.” The plan is right to acknowledge that college is not the only post-secondary option; career-technical programs and apprenticeships are important pathways that are also worth measuring. But there is no explanation of what “succeeding” means. Does it refer to grades or GPA? If so, what’s the standard? Does it refer to credits earned? And—perhaps most importantly—is a student who had to enroll in one or more remedial courses considered “succeeding?” Ohio’s most recent remediation numbers show that 30 percent of first-time Ohio public college students from the class of 2016 required remediation in either math or English. That means thousands of students wasted money and time re-learning what they were supposed to learn in high school. These students may earn good grades and go on to earn a diploma, but they should not be considered evidence of K–12 success. True evidence of success would be readiness, not remediation.

The most worrisome option is the last one, which aims to count students who are “engaged in a meaningful, self-sustaining vocation.” There is no explanation of what constitutes a self-sustaining vocation—the previous option mentions earning a living wage, so readers are left to wonder whether “self-sustaining” means earning less or more than a living wage. It’s also unclear who, exactly, will determine whether a vocation is meaningful. Considering the lack of detail, this option seems to be a catch-all: Even if a student is not enrolled in an education program, isn’t serving in the military, and doesn’t make a living wage, they can still be counted amongst the percentage of graduates who have met the goal as long as they have a job that is meaningful (to whom, we’re not sure) and self-sustaining (in what way, we’re also not sure).

What’s left out of the goal also matters. In discussing the plan, State Superintendent DeMaria noted: “The goal statement shies away from the traditional academic measures that we are using and says what we’re trying to do is prepare students for success, and let’s think about what those students are doing one year out from graduation.” And indeed, the plan doesn’t mention any grade except twelfth and includes nothing about academic mastery.

It’s true that outcomes for twelfth graders are reflective of the entire K–12 experience. And the plan does say that the department will “establish intermediate progress indicators” to gauge whether students are on track to meet the goal as they progress through the system. But that’s going to be close to impossible to do since the goal explicitly “shies away” from academics. Other than making sure that students continue to move from one grade to the next, how could the state possibly measure whether students are on track to earn a living wage or serve in the military?

Moving away from academic competency in the name of vague measures of “success” is a terrible precedent. The ultimate goal of any K–12 system is to teach students academic content and skills. Sure, there are non-academic competencies that matter. And kids are more than grades and test scores. But academic learning should be the core of schooling—and it should concern parents that the state’s strategic plan has all but dismissed it in favor of undefined and potentially-gameable measurements.

It should also concern folks that the plan ignores goals set by other Ohio initiatives—goals that are far more ambitious, specific, and focused on academics. The state’s ESSA plan, for instance, contains achievement and growth targets for each grade level and various subgroups of students. Attainment Goal 2025, an initiative of the Ohio Department of Higher Education, aims to increase the percentage of Ohioans who have a degree, certificate, or workforce credential—a measure of actual attainment, not just enrollment. Given that the strategic plan is supposed to “guide development of state-level education policies and promote high-quality educational practices” for the next five years, it seems strangely out of line with the goals championed by other important statewide priorities.

When done correctly, goal-setting can help identify priorities, motivate the right behaviors, and hold people accountable for progress and achievement. Good goals are SMART: specific, measurable, achievable, relevant, and time-bound. Close investigation of Ohio’s strategic plan goal shows that it does not reflect many of these descriptors—and that’s not just a missed opportunity, it’s a shame.

[1] The overall percentages mask completion rates by institution type that are vastly different.