A primer on the Ohio Senate’s school funding plan 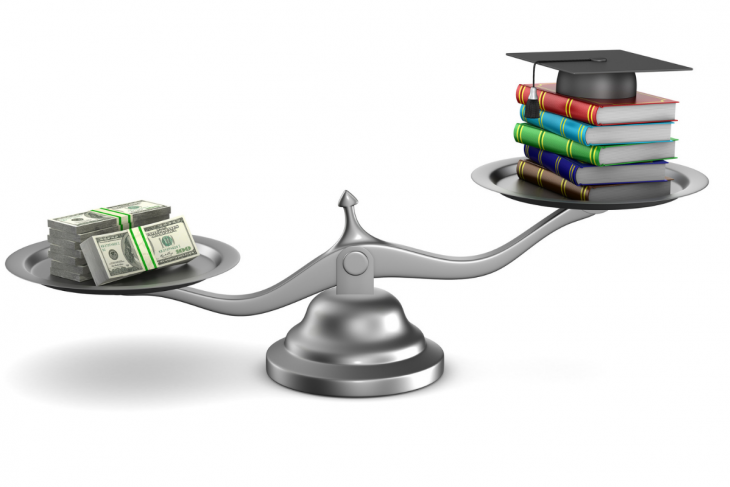 Over the past few years, school-funding policy has been at the forefront of Ohio’s education debates. The center of attention has been the Cupp-Patterson plan, named for its legislative sponsors, which would introduce a new funding formula and increase K–12 education spending by about $1.8 billion per year. The House incorporated this plan into its state budget bill earlier this spring. For months, however, the Senate has signaled its reluctance to rubber-stamp the House approach, saying they wanted to dig into its details and examine other ideas for improving the system.

In early June, Senate lawmakers did as promised and unveiled a different plan to fund schools. They called their blueprint “reliable, sustainable, affordable,” perhaps a jab at the House plan, which isn’t fully paid for over the next biennium (due to its expense, a six year phase in is needed). But what does the Senate funding plan do? The following examines its key features, though note that this piece doesn’t cover the Senate’s school-choice provisions, a topic discussed elsewhere.

Although less popular with the media and education groups, the Senate takes a more conservative approach to funding schools. Its funding formula (more on that below) is paid for over the next two years, and its sticker price doesn’t raise the specter of increasing taxes or raiding other parts of the budget. That being said, the Senate can’t be accused of being Scrooge, either. As the table below shows, it actually outspends the House over the next two years. The main difference, however, is that the Senate formula does not commit Ohio to escalating outlays beyond FY 2023 in the same way that the House does.

Notes: Table includes education expenditures that flow through the Ohio Department of Education. It excludes state education spending via property-tax reimbursements and school-construction programs, along with federal and local education funds.

Contrary to comments by some advocates, Ohio has a school-funding formula in statute—and it’s actually pretty decent, in terms of driving state aid to poorer districts. In fact, Education Week just awarded Ohio’s system a B+ when it comes to funding equity. Save for a couple significant exceptions (see the next section), the Senate plan largely maintains the funding framework that was created during the Kasich administration. It keeps intact the main components of the formula—i.e., a core “opportunity grant” designed to ensure that all public schools receive a baseline amount of funding, plus categorical “add-ons” that provide extra support for special learning needs (for an overview of the formula components, see here). The Senate plan also retains, with minor modifications, the state share index, the mechanism by which base amounts are adjusted to ensure more state aid flows to lower-wealth districts. By way of contrast, the House eliminates a few of the categorical add-ons (e.g., capacity aid and K–3 literacy funding)—likely to free money to raise the base amount—and it scraps the state share index, choosing to implement a new distribution model. For those urging a far-reaching overhaul of the formula, the Senate plan may disappoint. But it does have the advantage of retaining a familiar funding structure that, on the whole, does what a formula is supposed to do: deliver more state aid to the neediest districts.

Following the House’s lead—and calls from the education community (including Fordham)—the Senate moves Ohio to a “direct-funding” model whereby choice programs are paid straight from the state. This would end the controversial payment system in which dollars designated for choice students first pass through their home district. The shift to direct funding must be done with great care so that these programs aren’t subject to line-item veto in a future budget. Compared to the House plan, the Senate language on direct funding offers stronger protections by creating “funding units” that treat charters, STEMs, and scholarship programs as equals to traditional districts when drawing dollars from the state’s main K–12 education appropriation. This language should prevent a future governor from vetoing a choice program, as doing so would eliminate state funding for all public schools.

The other major departure from current policy—and more in-line with the House plan—is the Senate’s proposal to put “base-cost” calculations in state law. As a quick refresher, the current funding model simply sets a fixed base amount, presently $6,020 per pupil. When used in combination with the state share index, this base determines districts’ core opportunity grant, the largest funding stream in the overall formula. The Kasich administration defended—justifiably, in my view—the absence of base-cost computations on the grounds that no scientific method exists to determine the “correct” base amount.

The Kasich approach, however, has been criticized as arbitrary, and the House plan responds by including extensive base-cost calculations in its funding model. It uses “inputs,” such as employee compensation and staff-to-student ratios, to create an average statewide base of roughly $7,200 per pupil. Akin to the House, the Senate plan also includes a base-cost model that relies on staff and salary data. Yet its calculations yield a base of just $6,110 per student. The lower base is largely due to the inclusion of a “state share multiplier,” which acknowledges that employee compensation is to some extent driven by supplemental, locally approved taxes. Overall, when compared to the House plan, the Senate’s lower (and arguably more accurate) base-cost model helps to keep the overall price tag in check and does not create uncontrolled spending obligations for future lawmakers.

How the Senate addresses four other critical issues

Consistent with a broader push to direct fund education, the House proposed to fund open enrollment directly, as well. Yet the manner by which this shift was made raised worries that open-enrollment funding would fall well below current levels, leading districts to close their doors to nonresident students. In testimony, plan advocates suggested that other complicated changes in the formula might offset the apparent funding losses. Perhaps recognizing the uncertainty, the Senate reverts open-enrollment funding to current policy. Under its plan, open enrollees would continue to be funded at the full base amount ($6,110 per pupil), with funds being transferred from a student’s district of residence to her district of attendance.

In a move that stirred some debate, the House eliminated $1.1 billion in Student Wellness funding proposed by Governor DeWine. Instead, its plan used those dollars to cover some of the cost of its base-cost framework and to boost funding for the economically disadvantaged student add-on. The Senate restores some (though not all) of the Student Wellness money proposed by the governor, budgeting $650 million over the next two years for the program—an amount that is just shy of the $675 million spent in FYs 2020–21. Because more Student Wellness funds flow to poorer districts—those with more low-income children, according to U.S. Census data—the restoration of those dollars should mostly counterbalance the Senate’s decision to flat fund the economically disadvantaged component of the formula. At any rate, due to the state’s inflated economically disadvantaged headcounts, the governor’s and Senate’s approach to boosting funding for low-income students through the wellness fund may be preferable until the state devises a better way of counting low-income students.

In a brand-new funding stream, the Senate creates a CTE “lab program supplement” that would provide an additional $225 and $1,050 per CTE pupil in FY 2022 and 2023, respectively ($70 million over the next biennium). Although it may be a good idea to ratchet up CTE spending, it’s surprising to see this added to the formula. Ohio already includes a categorical add-on for CTE that amounts to roughly $161 million in state expenditures, and the spending rules for the proposed labs supplement would be the same as those that apply to the existing add-on. Why not simply increase the current CTE categorical amounts? More worrisome, however, is that the Senate scraps $20.5 million in funding proposed by Governor DeWine and backed by the House to support students’ attainment of industry-recognized credentials. Unlike general CTE coursework, high-quality credentials signal to employers that young people have mastered specific skills and open doors to great careers. Unfortunately, the Senate seems to have decided to eliminate the credentials-specific funding to help pay for a broader, more general bump in CTE funding. Hopefully, that choice will be reversed as lawmakers finalize the budget.

We and others have criticized Ohio’s funding system for its use of “caps and guarantees.” As these terms imply, caps restrict the year-to-year increase in state funding that districts can receive, while guarantees shield them from losses. The problem with both of these policies is that they undermine the funding formula and create a measure of unfairness to Ohio districts. One of the strengths of the House plan is that, when fully implemented, it would eliminate caps (though it retains guarantees). Though the Senate provides “cap relief payments,” it doesn’t phase them out, certainly not in the next biennium at least. Under its plan, 167 districts would remain on the cap in FY 2023, withholding about $440 million after relief payments—about the same situation as in FY 2019, the last time the formula was in effect. Meanwhile, 204 districts would receive extra dollars through the guarantee to the tune of about $182 million, somewhat comparable to what the House does in terms of guarantees over the next two years. In the end, neither the House nor the Senate plan can be fully commended for being a “pure” formula-driven system, and in all likelihood, debates over caps and guarantees will continue.

Anyone who has tracked Ohio’s school-funding debates know one thing: It’s complicated. Yet despite all the complexities, there seems to be growing agreement on a few key principles: the need to steer state dollars to schools that serve more low-income and special-need children, funding schools based on their actual headcounts, and providing every student, no matter her school of choice, the resources needed to succeed. The Governor, along with House and Senate lawmakers, have all put forward ideas that would move Ohio closer toward those principles. As they sort through the details and finalize the budget, state legislators should keep these big ideas in mind.