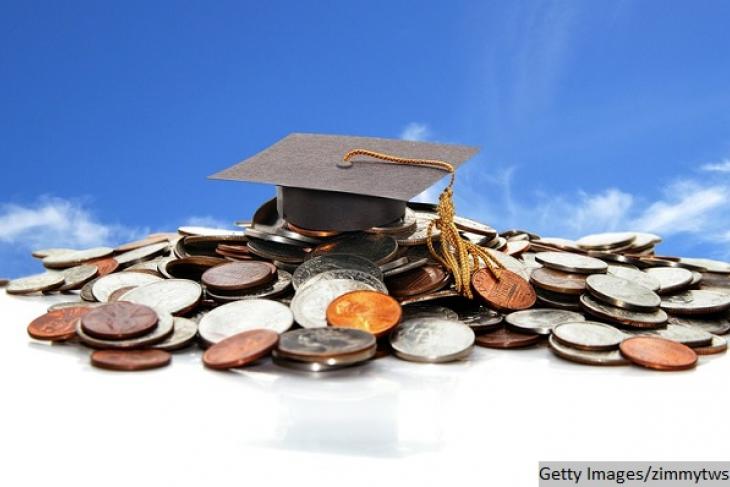 The recent unveiling of Governor Kasich’s budget plan for the 2018-19 fiscal years has kicked off Ohio’s biennial ritual of debating school funding. Caps and guarantees have long been a central part of that discussion, and it’ll be no different this spring. As I’ve argued before, state leaders should get rid of these pernicious policies.

To allocate state dollars to school districts, Ohio lawmakers have crafted an intricate funding formula designed to drive more aid to districts that need it most (e.g., those with more students to educate, more pupils with special needs, or less capacity to fund education locally). They’ve done a pretty decent job of it, too. Don’t just take our word for it: EdTrust has said Ohio is one of the best in the nation at it. Both caps and guarantees throw a wrench into this system.

Caps limit the increase in a district’s state formula aid from year to year. Conversely, a guarantee ensures that a district won’t receive less funding than it received in a previous year. Caps are generally associated with districts experiencing enrollment growth, while guarantees typically apply to districts with declining enrollment. Changes in district property values and resident incomes can also play a role.

The Kasich Administration has repeatedly urged a phase-out of caps and guarantees to no avail. Each year, the legislature inevitably feels the heat from local districts—particularly from those facing flat or reduced funding—and walks back the governor’s attempt. Caps are also tough to get rid of, as doing so would cost the state millions; moreover, because they affect some (but by no means all) wealthier districts, it could create the appearance that the state is spending more on less needy pupils. The administration, perhaps learning its lesson, structured this year’s budget proposal in a manner that retains the caps and guarantees but modifies them in a few ways.

The governor’s budget imposes a gain cap of 5 percent, meaning that a district cannot receive more than a 5 percent boost in state formula aid relative to a prior fiscal year. According to state budget projections, the governor’s proposal would cap 130 districts in FY18 and deny them $466 million in state funding. Compared to the current year’s cap—set at 7.5 percent—the proposal actually places a tighter cap on funding increases, somewhat at odds with the Administration’s desire to phase out caps. That being said, eliminating (or lifting) the cap would increase costs to the state which itself faces a budget crunch.

To illustrate the effect of the cap on three selected districts, the table below displays estimated capped amounts under the governor’s proposal. Licking Heights, a district with considerable increases in enrollment, loses $9.2 million in state aid that it would otherwise receive under the FY18 formula.

Source: Ohio Office of Budget and Management Note: The average change in enrollment across the 130 districts on the cap was +0.4%; median was -0.4%

The governor’s proposal reduces the amount of guarantee aid for districts with declining enrollment. Generally speaking, if a district covered by the guarantee experienced enrollment declines of more than 5 percent from 2010-11 to 2015-16, it would receive only part of the “full” guarantee amount under the proposal.[1] It’s important to note that such declines are not due to students leaving for charters or inter-district open enrollment, but to factors such as families moving out of the district and/or slowing birth rates.[2] Projections for FY18 indicate that 315 districts would receive guarantee aid at a cost to the state of $181 million.

For illustration, the table below displays the guarantee calculations for selected districts under the governor’s proposal. East Cleveland, a district with large student declines, under the formula would lose $8.5 million in FY18 relative to the prior year, but is shielded from most of that loss via $6.93 million in guarantee aid.

Source: Ohio Office of Budget and Management Note: The average change in enrollment across the 315 districts on the guarantee was -6.6%; median was -5.9%.

If the governor’s plan were to pass today, a whopping 445 out of 610 districts in Ohio would be affected by either the cap or guarantee in FY18—and thus not funded according to the formula.[3] Despite the political pressure they’ll face, the legislature should eliminate these policies. Here’s why:

Caps and guarantees will be among the most urgent matters before the state legislature this spring. True, these policies won’t get droves of citizens to protest at the Statehouse and the political pressure to resort to the status quo will be intense. But if we as a state truly want to fund K-12 education based on the children our schools actually educate, Ohio lawmakers should finally drive a stake through the heart of caps and guarantees.

[2] The proposal uses a district’s changes in Total ADM, which is a measure of public school students residing in the district (but not necessarily attending a district-run school); for the definition see, ODE District Profile Reports.

[3] The state budget office projects 424 districts on either the cap or guarantee in FY19.