When it comes to pension reform in the education realm, it’s hard to stay positive. Here, we’re saddled with a bona fide fiscal calamity (up to a trillion dollars in unfunded liabilities by some counts), and no consensus about how to rectify the situation. No matter how one slices and dices this problem, somebody ends up paying in ways they won’t like and perhaps shouldn’t have to bear. All we can say is that some options are less bad than others.

In The Big Squeeze: Retirement Costs and School-District Budgets, we analyze and project how big an impact the pension and retiree health care obligations will have on the budgets of three school districts: Milwaukee Public Schools, Cleveland Metropolitan School District, and the School District of Philadelphia.

The Big Squeeze: Retirement Costs and School-District Budgets is a summary report by Dara Zeehandelaar and Amber M. Winkler, based on three technical analyses conducted by Robert Costrell and Larry Maloney to be released by the end of Summer 2013. 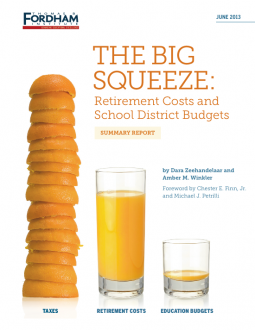 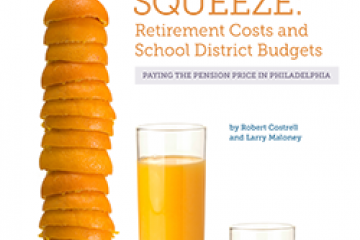 Paying the Pension Price in Philadelphia 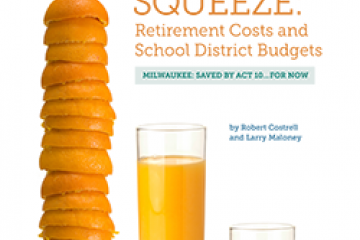 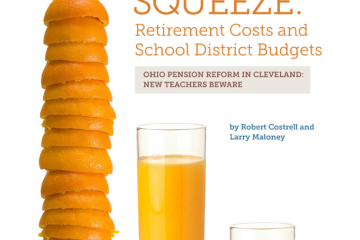