Why conservatives should care about curriculum 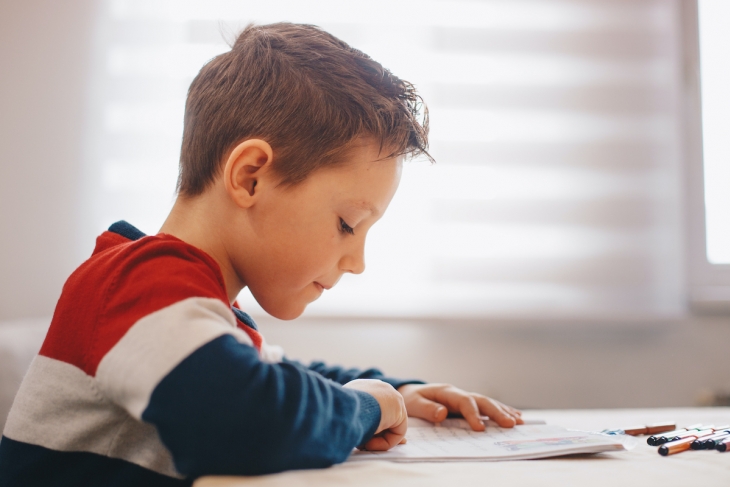 Editor’s note: This was first published as part of the American Enterprise Institute’s Sketching a New Conservative Agenda Series.

Conservatives tend to view enhanced and expanded school choice as a singular lever to improve education outcomes. The logic is clear and compelling, even elegant: When schools compete for students, they have every incentive to hire the best teachers, adopt a high-quality curriculum, embrace the highest possible standards, and strive for the best outcomes. If they fall short in any of these or other dimensions, another school down the block will be only too happy to serve that student—and pocket the dollars that generous and optimistic citizens have allocated in hopes of ensuring that every child gets what he or she needs to become a literate, educated, and self-sufficient adult.

This free-market view of schooling, while directionally sound, elides a crucial problem often lost on non-educators: “Innovation,” where it exists, tends to be aimed at delivering education—the process, not the product. The vast weight of the education reform movement, now more than three decades old, has paid little attention to curricular content and pedagogy—what gets taught and how. This may explain why student achievement has changed so little over time as measured by, for example, reading scores among seventeen-year-olds on the National Assessment of Educational Progress, the de facto final exam for America’s K–12 schools.

In the main—and for good reasons—thoughtful conservatives tend to be uneasy crossing the classroom threshold and micromanaging what happens inside. Curriculum battles are both frustrating and fraught. In a recent paper for the Hoover Institution, former Education Secretary William J. Bennett observed how “the lack of conservative consensus on content has very real and very negative consequences.” More ominously, he concluded, “The vacuum cedes the field to the other side, who knows very well what it intends to do.”

Conservatives like Bennett are rightly concerned about the New York Times’s “1619 Project” and its unsparing view of America’s history as structurally and irredeemably racist. Efforts to enshrine those views in history curricula may well inspire folks on the political right to overcome their reluctance to engage on classroom content. But the more critical battle is in early childhood literacy.

The past few years have seen a pair of developments in education that might warrant deeper consideration by potential curriculum advocates on the right: a groundswell of interest in the “science of reading” and a burgeoning awareness and alarm among teachers that they have been sent into classrooms inadequately prepared to teach the subject. At the same time (perhaps driven by the education reform movement’s lack of broad, measurable impact), there has been a renewed interest in curriculum, including efforts to evaluate its quality and incentivize its adoption. As David Steiner, executive director of the Johns Hopkins Institute for Education Policy, has observed, “What we teach isn’t some sidebar issue in American education; it is American education.”

In 2018, Emily Hanford of American Public Media produced a radio documentary titled “Hard Words.” Education news, let alone deep-dive stories about classroom practice, rarely makes the front page, but Hanford’s piece about how poorly teachers are prepared to teach reading ignited a storm among education practitioners that is still burning hot two years later. It brought into sharp relief the poor preparation classroom teachers receive from their schools of education, which generally are concerned with arcane matters of theory and teaching methods. The nuts and bolts of teacher training—classroom management and lesson delivery—tend to be left to schools and districts to manage.

Separately, a handful of forward-looking states and school districts are starting to get serious about curriculum. Under former State Superintendent John White, for example, Louisiana put curriculum reform at the center of its education agenda while still honoring local control of schools. The state worked with its teachers to evaluate curricula across grades and subject areas, created incentives for adopting the highest-rated programs, and aligned professional development and assessments to it—a virtuous circle that improved the materials put in front of children not by imposing it from above but by incentivizing its adoption.

If there is one area in which conservatives should overcome any lingering aversion to being prescriptive about classroom practice, it is early childhood literacy. Early reading failure is as close to determinative as any outcome in educational research: Nearly 90 percent of struggling first graders are still struggling in fourth grade, three out of four struggling third-grade readers are still struggling in ninth grade, and one in six children who are not reading proficiently in third grade do not graduate from high school on time—a rate four times greater than for proficient readers. Given that the vast majority of teachers in a given state are trained and licensed in that state, it would be appropriate and not governmental overreach for states to adopt—or at the very least incentivize adoption of—one or more early childhood reading curricula and require teachers to be trained in their implementation as a condition of licensure.

The most recent review of teacher preparation programs by the National Council on Teacher Quality found that 51 percent of 1,000 elementary teacher prep programs now emphasize reading science—the first time that number crossed the halfway mark, and up from just 35 percent just seven years ago.9 This is an encouraging development but not sufficient. It’s not unlike flight schools training future pilots to understand Bernoulli’s principle and the physics of flight but leaving it to airlines to train them on how to take off and land a commercial airliner—with passengers strapped in behind them.

At a literacy summit hosted earlier this year by the Council of Chief State School Officers, David Steiner observed that state education departments exhibit “a curious fear of universities.” This is strange, he said, because states “have multiple tools at their disposal,” including accreditation of schools of education and teacher certification. Those fears can be overcome with political support. Or prodding. A state would be within its rights to insist, for example, that early childhood teachers not just be taught the “science of reading” as a condition of licensure, but that they be trained and demonstrate competence teaching a specific curriculum.

Conservatives have generally lost their appetite for curriculum battles, in favor of fights over school choice. But if there is one aspect of schooling that should be common to all schools, public and private, secular and sectarian, it’s ensuring that children from all backgrounds are given a fighting chance to get to the academic starting line by the end of second grade. Common English language arts curriculum in the early years—and a teacher training and licensure strategy to ensure it gets taught—is our best chance of making that happen.