What you make depends on where you live, not just whether you went to college 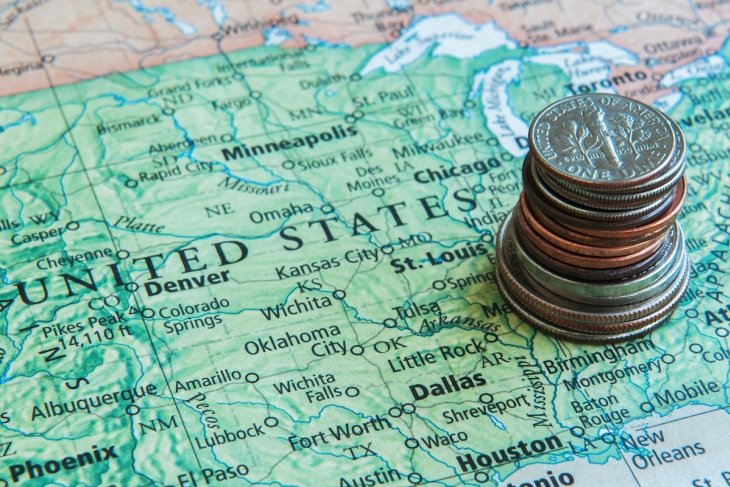 The COVID-19 crisis has cruelly reminded us not only of the fragility of human life, but also of the chasms in our economy and society, many of them caused by fault lines in our educational attainment. That’s not just because the white-collar jobs that come with obtaining a college degree tend to pay more and are more secure when the economy tanks, but also because those jobs can be accomplished more easily from the safety of home. Yet “remote work” is not an option for the millions of service-sector employees who risk getting sick every day for a modest paycheck.

The current crisis thus yields another cautionary tale about the perils of entering the workforce with nothing but a high school diploma. But does it also mean that everyone needs a four-year college degree? That those of us involved in K–12 education should tell all our young charges they would be wise to go “to and through” college? And that we should build our high schools around that singular mission?

The answer, of course, is no. In the real world, young people need not make a binary choice between four-year college or no college. In between are multiple options, including all manner of industry credentials, certificates, and two-year degrees, any of which may provide buffering—economic and otherwise—against hardship during troubled times and open various career doors during better times.

It’s true that innumerable studies demonstrate a significant “college earnings premium” from four-year degrees. But it’s also true that people tend to get paid more with an industry credential or two-year technical degree than with just a high school diploma, especially in certain fields. Also important is that not everyone wants to get a bachelor’s degree or to work a white-collar office job. There’s ample reason to tell young people who may be more interested in a trade or a technical career to go that route, rather than enroll in an academic degree program that is apt to yield frustration, debt, and regret.

It struck us that this would be even truer in places where the cost of living is low and the cost of college high. We surmised that workers in some parts of the country may do just about as well with industry credentials or two-year degrees as with bachelor’s degrees. So we enlisted John Winters, associate professor of economics at Iowa State University, to author our new report, What You Make Depends on Where You Live: College Earnings Across States and Metropolitan Areas.

The primary analysis is focused on how college earnings premiums vary across states and metropolitan areas, as well as by metro size and degree of urbanization. It includes profiles and online interactive figures for average earnings by education level for your own state and its large metro areas.

Winters finds yet again that bachelor’s degree holders strongly outearn workers with just high school diplomas. That’s true everywhere in the nation and is no surprise. What is somewhat more surprising is the degree to which bachelor’s degree holders strongly outearn workers with associate degrees, too: They make at least 25 percent more in all but three rural states—North Dakota, Alaska, and Vermont, all of whose economies tend to rely heavily on natural resources.

Yet Winters’s analysis also reveals significant variation across the country. College earnings premiums are substantially greater in large cities and urbanized areas—as we hypothesized. For instance, among the largest metro areas, defined by the Census Bureau as those where populations exceed 500,000, the three with the largest earnings premiums for a bachelor’s versus associate degree are the New York City metro area, southern Connecticut near New York City, and Brevard County, Florida, which is home to the Kennedy Space Center. The larger the metro area, the greater the premium to higher education. Bachelor’s degree holders in greater New York City earn roughly 70 percent more than those with an associate degree—$125,123 versus $73,617.

“The results are consistent with rising concerns that workers with less education struggle to keep up with their more educated counterparts,” writes Winters. “Competition for housing and other services in big cities drives up prices and further threatens the economic security of the least educated.” This means that a four-year degree is likely necessary for living comfortably in a large metropolitan area, but less so in smaller ones and rural communities.

It also means that we shouldn’t just ask high school students what they want to be when they grow up. We should ask them where they want to live. Teenagers should take geography into account when they make decisions about whether and what kind of higher education to pursue.

We’re not the first to offer this advice. Recent research from the American Enterprise Institute finds that workers who never went to college earn less in denser areas after the cost of housing is accounted for. Richard Florida’s work on geographic inequality reaches a similarly somber conclusion: “Once we factor in huge differences in housing costs between expensive cities and the rest, members of the working and service classes actually have little to gain financially from living in expensive cities, despite the fact that these places may offer slightly higher wages or more job opportunities.”

The encouraging news is that many states are recognizing the importance of providing students with better information to plan their lives after high school. Several enterprising states are introducing Right to Know initiatives that provide high schoolers with information about that state’s in-demand and/or promising careers, including average wages and common degree requirements, as well as the average cost of college and student loan payments. States are also coming together to define what a high-quality non-degree credential looks like.

Also welcome is that there are multiple cities across the nation where individuals with an associate degree can afford to buy a median-priced home, taxes and all. Take Pittsburgh, where such individuals earn an average of $57,081 and homeowners need $36,581 in salary to afford a median- priced home ($152,000). Likewise, those with associate degrees in Oklahoma City, Cleveland, Louisville, Kansas City, and a number of other cities can afford to buy median-priced homes.

The coronavirus won’t be with us forever. We will defeat it. Still, 2020 will long be remembered as the year when lives were upended—some tragically lost, some mercifully recovered, and some merely inconvenienced.

But let’s also remember that those facing some of the greatest challenges amid the pandemic and economic downturn are the non-college-educated service sector workers in large metro areas who are on the wrong side of the largest college earnings premiums and who face exorbitant housing costs. They are the ones most likely to be out of work or working on the front lines at the risk of getting sick.

Many of our colleagues in the education-reform movement have internalized these realities, considering how many of us live in the coastal, “creative class” meccas ourselves, which also means we see the hardship faced by young people without four-year degrees up close and personal. So the “college for all” impulse is understandable. But let’s not forget that in much of America, there are highways to middle-income lifestyles whose routes don’t pass through leafy university campuses. Our high schools should take this fact into account and offer students quality pathways into apprenticeships and technical postsecondary programs, not just academic ones.

Yes, what you make depends on what you know and what credentials you carry. But let’s not forget that it also depends on where you live.