What is virtue and why does it matter? 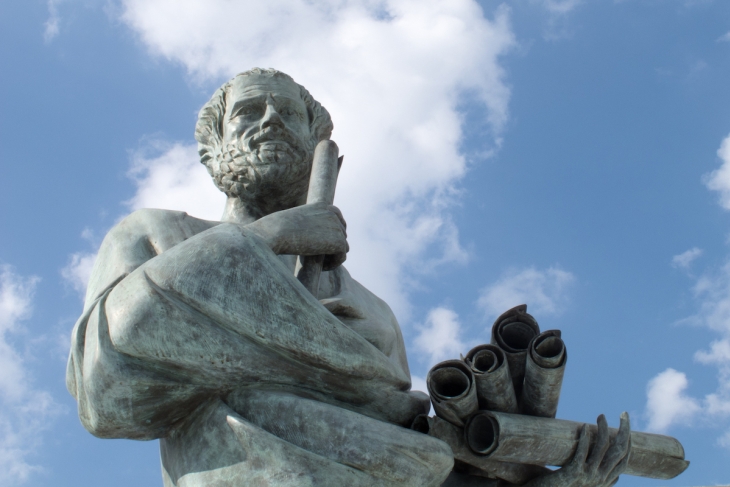 Contemporary education has become too technocratic and divorced from virtue. This is a disservice to students because it robs them of what a classical education provides: the tools students need to succeed, not just academically and professionally, but in the deep and abiding sense of being able to flourish as free and good human beings. It is therefore important that we put virtue back into the heart of education. To do that, however, we must be clear about what virtue is and why it matters.

The concept of virtue is most commonly traced back to classical Greek and Roman society, but is important to note that ancient Buddhist, Chinese, Hindu, Jewish, and Islamic traditions also placed virtue at the center of their account of the good life and society, and thus understood a proper education to focused on its cultivation. Though I typically refer to virtue in its more familiar European or Western context, we must remember that the concept is far more universally applicable.

Obviously human beings are far more complex than knives, and yet we still have a characteristic function, which is to know and understand reality and to decide how best to organize our lives in light of this understanding. Human virtues, then, are stable dispositions of thought, action, and feeling that enable us to do this well. When we discuss virtues, we are either talking about good habits of mind that allow us to think, judge, reflect, and deliberate well, or good habits of desire that allow us to want and take our pleasure in what is truly good for us and for society.

Virtues are habits, or stable character traits. An honest man is one who tells the truth reliably, not just every now and again. And that means that he: (1) knows the value and importance of honesty; (2) tells the truth easily in a wide range of circumstances and finds it difficult to lie; and (3) is pleased by being honest and pained by the thought of being dishonest.

Virtues, as habits, are similar to but distinct from skills. Like skills, the cultivation of virtue requires training, discipline, and the acquisition of knowledge. Think of a bricklayer. He has a habit of knowledge. Put in a variety of novel circumstances, he will know how to use the relevant materials of his trade to execute his craft well. How does one acquire such a habit of knowledge? Not simply by reading a book or listening to a lecture or memorizing rules, but by practice. A master craftsman must learn his craft from another master. He must be trained over time to develop the habits of his craft under someone who already possesses them. No one is born knowing how to lay bricks—in fact, the task is quite difficult and mastery takes a long time.

Something similar is true with virtue. Unfortunately, we are not born just, honest, wise, or courageous, nor will we naturally develop these traits as we will naturally learn to walk or jump. Virtues must also be acquired, and it is the task of a proper education over time to acquire them, and children need virtuous examples to imitate. While virtue always involves knowledge first and foremost, it also involves the deliberate shaping of our faculties of perception, imagination, feeling, and desire. Virtue is a transformation of the whole person, and unlike skill, it is not ordered to the production of some specific work, but to human flourishing quite generally. Virtue, therefore, cannot be reduced to skill. To see why not, consider that an excellent grammarian can exercise her skill by displaying bad grammar in a malformed sentence and explaining what is wrong with it. But a just person cannot exercise her justice by stealing, cheating, or committing murder. Virtue is obviously a deeper, more personal transformation.

The Greeks understood that to have a flourishing society they needed to create good citizens, citizens who not only display civic virtues, such as civility, friendliness, and justice, but personal virtues, like courage, wisdom, and self-control. A proper education, which had the cultivation of virtue at its core, was ultimately a political imperative. The Greek conception of paideia was the process by which one formed an ideal type of person, someone who would embody Greek values and be equipped to realize and reproduce them in society. There is no possible discussion of education as the mere transmission of information or useful skills for the sake of work. A proper education is concerned with making young people into noble and free persons—with developing and shaping their potential so that they can flourish, both as individuals, and more crucially, as citizens in a flourishing society. The Greeks recognized that we do not flourish apart and alone, but together in common associations.

There are obstacles to the reintegration of knowledge and virtue, but it is first crucial to see what is at stake as we think creatively about how to move forward. A democracy is only as good as its citizens, and we need citizens who are not simply knowledgeable and skilled, but who have the civic and individual virtues that are necessary for society to flourish, who are honest, just, generous, civil, resourceful, self-controlled, and wise. The cultivation of these character traits should be at the heart of education.