Trump and Congress will repeal Obama's ESSA rules: Why that matters and what should follow 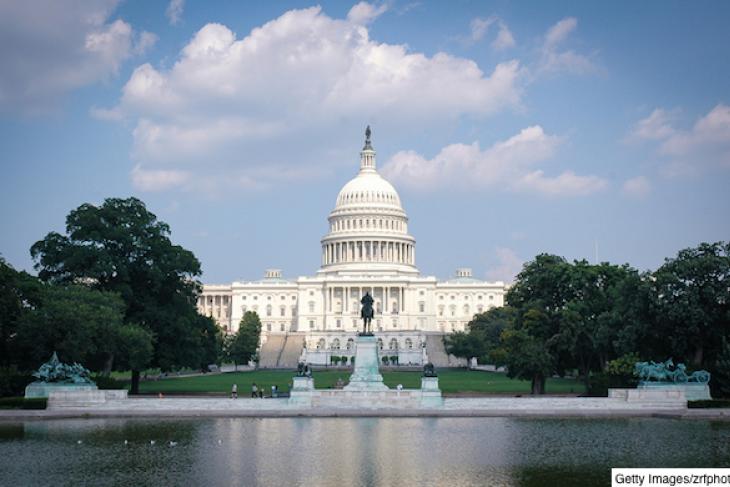 On February 7, the U.S. House of Representatives voted 234-190 to roll back regulations created under President Obama that interpret the accountability provisions of the Every Student Succeeds Act (ESSA). The measure now goes to the Senate, where it’s likely to pass and then to President Trump, who has promised to sign it. News of this major move was largely lost amidst the coverage of Betsy DeVos’s fractious confirmation process. This is unfortunate considering that the Congressional action could affect American education more than the new education secretary, at least in the near term.

To void these regulations, House Republicans wielded an obscure statute called the Congressional Review Act, which had only been successfully used once before—in 2001 by President George W. Bush. (That’s likely to change, however, as GOP lawmakers this month also used the same tactic to repeal rules interpreting ESSA’s teacher preparation provisions, as well as others pertaining to non-education issues.)

Typically, repealing regulations is an arduous process undertaken within the executive branch, involving a notice-and-comment period and, sometimes, litigation challenges. The Congressional Review Act circumvents all that by allowing a simple majority vote (it can’t be filibustered) in both houses of Congress and the signature of the President to strike down recently implemented regulations. (What qualifies as “recent” is complicated, but seems in the present instance to mean any rule “submitted on or after June 13, 2016”; the ESSA regs at issue were finalized on November 29, 2016.) It also permanently prevents the rulemaking agency from creating new regs that are “substantially the same,” unless Congress subsequently gives it the power to do so.

As most readers know, ESSA requires all fifty states and the District of Columbia to update their NCLB-era education policies and practices, including their school accountability systems, if they want to continue receiving federal funds. New frameworks are due for submission to the Department of Education this year; as part of its Consolidated State Plan, a state may opt for a deadline of April 3 or September 18.

State and local officials, having spent half a century under heavy handed laws and education departments, have understandably come to expect (and perhaps to welcome) being told what to by Washington, reducing their own need to take risks or make controversial decisions. Along the way, they’ve also become risk-averse and are therefore unlikely to wager the approval of their ESSA plans, arduously crafted over many months, on a policy that may prove ephemeral. They expect—with some justice—to know exactly what the law requires and how much leeway they have. This is the traditional purview of regulations. And states have, up to this point, been developing their plans in accord with the rules that the Department of Education promulgated under President Obama. With that guidance now on the verge of erasure, officials face big unanswered questions. “States are okay with changes to those regulations. But we want it done in a manner that gives us certainty as quickly as possible," said Chris Minnich of the Council of Chief State School Officers.

In the short term, the Trump administration and Congressional Republicans are signaling that any certainty will have to be found in promises, “Dear Colleague” letters, and other sources that fall short of formal regulation. Secretary DeVos, in a letter to state chiefs issued on her third day in office, reaffirmed the April and September submission deadlines and said she wants to ensure that her Department requires “only descriptions, information, assurances, and other materials that are ‘absolutely necessary,’” and to that end is developing “a revised template for consolidated State plans that meets the ‘absolutely necessary’ requirement by March 13, 2017.” The White House stressed that it’s “committed to local control of education.” And Senator Lamar Alexander, chairman of the Senate HELP committee, told a group of 700 state education leaders that they should “assume that the U.S. Department of Education will say yes" to their plans. “You have a president and an education secretary who do not believe in a national school board,” Alexander said. “They believe in you. They want you to make those decisions.”

The problem with these non-regulatory signals is that state policymakers crave and perhaps deserve the clarity and certitude of formal rules. DeVos, Trump and Alexander are not legally bound by their statements and could change their mind at any time. (It would not be the first time for the president.) In the absence of clear, binding signals about what to do differently and what’s permissible, state officials may opt to stick with their old practices, which would make it less likely that they’ll deploy such desirable alternatives as performance indexes, a heavier focus on growth than proficiency, and inclusion of measures that are related to important student outcomes but not necessarily to test-measured student achievement, such as career or civic readiness.

All of this is to say that, if Republicans are successful in repealing the current accountability regulations, the education department ought to replace them with new ones immediately—even if they do little more than officially grant states the leeway that Republicans in Washington are promising. Failure to do so could chill state innovation and open the door for future administrations to pass rules that go against today’s non-binding assurances—sowing even more chaos down the line. Regulations, please keep in mind, are not only hard to repeal, they’re granted significant deference by courts.

There is, however, another snag to the promulgation of new regs, and it comes from the White House. Earlier this month, President Trump signed an Executive Order mandating, among other things, that “for every one new regulation issued, at least two prior regulations be identified for elimination,” and that “the total incremental cost of all new regulations, including repealed regulations, to be finalized [in fiscal year 2017] shall be no greater than zero.” According to administrative law experts at Venable LLP, a major national law firm with a large government practice, the Order “may constitute a de facto moratorium on issuance of many major rules,” but it also “lacks many details about how its requirements will be implemented.”

Bottom line: if the Obama ESSA rules are repealed and the Trump team doesn’t clarify how the regulatory moratorium applies to the education department, states could be left with little more than an ambiguous statute and non-binding assurances from the executive and legislative branches. If Congress and President Trump truly believe in real local control, they ought not to let that happen. Much as we might wish otherwise, state empowerment is more likely, not less, with the ironclad certainty of formal federal regulation.

In short, while millions were reeling from the fracas over DeVos becoming secretary of education—a role in which she’ll have limited power to alter American education—234 Republicans in Congress started a process that could well transform our nation’s classrooms in the years to come.

Editor’s note: A version of this article was first published by RealClearEducation.