From the top down: A fifty-state look at school choice transportation policy 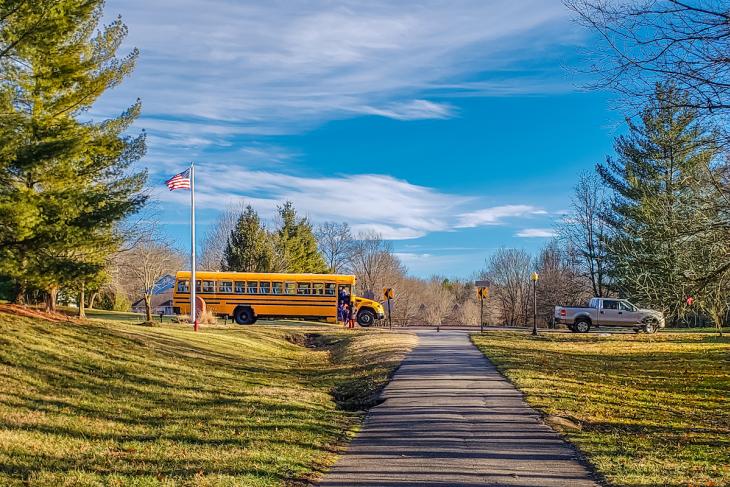 A plethora of research and a dollop of common sense tell us that the viability of school choice depends on families being able to access the choices available to them. One key to access is transportation. Yellow buses are so ubiquitous as to border on symbolic representation of education itself. But families opting out of their resident districts—for charter schools, private schools, or interdistrict choice—are often forced to forgo reliable yellow bus transportation. But not always. And it is this variability that a new report from EdChoice seeks to illuminate.

Authors Michael Q. McShane and Michael Shaw utilized a legal research platform and a detailed language search of the legal codes of all fifty states to discern how each one identifies, funds, and delineates responsibility for transporting charter, private, and open enrollment students. While they summarize the results as “tangled,” some commonalities and patterns emerged.

In general, transportation funding primarily comes from states as a per-pupil amount designated specifically for transportation, although many states allow districts to supplement those with local dollars if desired. All states impose regulations on districts pertaining to things like school bus safety, background checks of drivers, and emissions standards—although the level of detail varies greatly state to state. Some state departments of education offer route-planning resources to their districts, but most are just looking for data from their districts, up to and including maintenance and daily route mileage. In some urban and suburban areas, districts may also utilize existing public transportation options by either reimbursing families for fares or partnering with regional transportation agencies to provide eligible students with passes. What is most in evidence at the macro scale is that states provide the lion’s share of the funding while districts do the lion’s share of the work. The inevitable push and pull of this dynamic comes most strongly to the fore when considering those students who opt out of their resident district’s schools.

For those exercising interdistrict choice, or attending school outside of their geographically assigned school district, thirty states have an explicit provision for transportation. Six of these states mandate equal or close-to-equal transportation access compared to what is offered to students attending the district.

Although language against “compelled support” of religion and/or Blaine amendments appears in most state constitutions, twenty-nine states currently have provisions to supply transportation for private school students. There are caveats aplenty—such as transportation being available only for students with disabilities or students transferring out of low-performing schools—but seven states mandate transportation services and funding at equal or close-to-equal levels as those for resident students.

Charter schools, often the most contentious of school choice options, have transportation funding or services available in thirty-one states. Of those, seventeen mandate support for charter school student transportation at equal to or close-to-equal levels as those of resident district students.

Despite the majority of states offering transportation of some sort to school choice students, state level mandates can run up against the reality of funding, geography, and district whims. What districts determine as a feasible route could mean multiple buses, early starts, and long commutes for young students. No matter how much transportation equality states spell out, sometimes parents utilizing choice win; sometimes they lose.

The authors also provide one recommendation at the local level: Schools and districts should look to out-of-the-box solutions such as route optimizing software and shared services with other providers to improve their transportation systems and drive down costs. Perhaps if transportation were cheaper and more efficient, more students could more easily access it no matter where their destination.