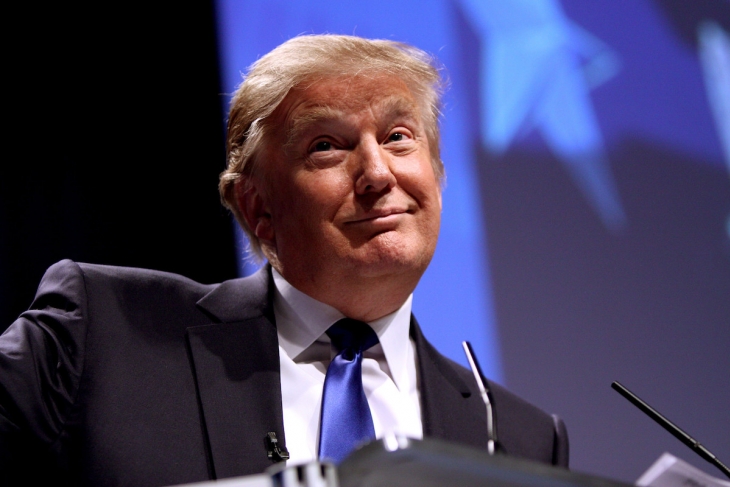 As has been reported and celebrated widely, the legislative sessions that just ended in many states brought great progress on the school choice front. According to the American Federation for Children, five states created new private-school choice programs this year, while eight jurisdictions expanded existing programs, and another two did both. Standouts include major new education savings account (ESA) programs in West Virginia and New Hampshire; major expansions and improvements to Florida’s ESA and tax credit scholarship programs; the enactment of Iowa’s first real charter school bill; and huge wins in Fordham’s home state of Ohio on the voucher, ESA, and charter fronts, including direct, formula-driven funding for choice programs.

But why? Especially given all the anti-choice talk in national politics and some Congressional pushback, what was it about 2021 that explains such an impressive string of victories at the state level, which is where it matters most? It’s important to understand so that choice supporters can work to replicate it again in the future. I see three main hypotheses to explore. Let’s dig into each.

First is what we might call the “conventional wisdom” hypothesis: It was the pandemic, stupid. As Education Week reported recently, the defenders of traditional public schools were on their heels this year, given parent and taxpayer anger over lengthy school closures related to Covid-19. Why not offer parents the option of escape, especially when the schools they are escaping from weren’t even open for business? Especially given the counterexample of private schools, which remained available for in-person learning almost everywhere, even in the face of pandemic restrictions.

It surely might have been a factor, but the problem with this argument is that the school closures were most pronounced in the states and communities that lean heavily Democratic. And it was almost entirely red states, not purple or blue, that embraced school choice during this legislative session. Indeed, of the fifteen states that created or expanded private school choice programs this year, twelve have a Republican “trifecta,” with the GOP in control of the Governor’s mansion and both houses of the state legislature. Two others have mixed control, and just one is fully led by Democrats—Nevada, the exception that proves the rule.

Indeed, the parents who were most up in arms about school closures tend to live in the suburbs along the coasts, outside cities like Washington and the San Francisco Bay Area. And school choice remains nowhere to be found in those deep blue locales, except for families rich enough to choose private schools, or public schools in million-dollar neighborhoods.

The second theory—what we might call our “wishful thinking” hypothesis—is that the salience of the anti-school choice argument weakened over the past year. Namely, the talking point that school choice hurts traditional public schools. We know from years of polling that this is the attack that is most effective for school choice opponents—and for understandable reasons, given the enormous size of the public school parent population and their interest in protecting their beloved institutions.

The good news, though, is that evidence continues to pile up showing that competition from private school choice and charter schools helps, not hurts, traditional public schools. Student achievement in both district and charter schools improves as charters expand, as our path-breaking study found a few years ago. And another Fordham study concluded that school district finances aren’t harmed by the expansion of charter schools either.

Indeed, there’s a strong argument to be made that school choice and traditional public schools are better together. They are complementary, even symbiotic, as is the case in Washington, D.C., a city that has made more progress in recent years than any other. It’s surely no coincidence that it educates half of its students in charter schools, and the other half in a rapidly improving traditional school system.

If advocates could get this message through to the general population, it would be a really big deal. Consider the example of the gay marriage movement. There were many factors in its success, but as argued in this Washington Post article, opposition melted away once it became clear that there was no evidence that gay marriage hurts straight marriage. If Americans could come to see that there is no evidence that school choice hurts traditional public schools, opposition to this idea should melt away, as well.

That leaves us with hypothesis number three, which I will call my “worst case” scenario. The hypothesis is that Donald Trump deserves a lot of credit for this year’s string of school choice victories. This one is a tough pill to swallow because of my deep opposition to Donald Trump for what he has done to the Republican Party and to our democracy, but I have to admit that this is the hypothesis with the best evidence.

President Trump, of course, made school choice a key plank in his domestic policy agenda during the campaign. So did the surrogates around him, and many of the speakers at last year’s Republican national convention. Not to mention Secretary DeVos’s non-stop advocacy for choice.

Granted, it’s nothing new for Republican presidents and education secretaries to talk about school choice. They’ve been doing it since Ronald Reagan. But here’s what was different about Trump: His base was not in the affluent suburbs, full of libertarian-leaning Republicans who resonate with market-based reforms, but in America’s small towns and rural communities. And until Trump, many rural Republicans have been among the staunchest opponents of school choice and charter schools. It’s not hard to see why. There aren’t that many private schools or charter schools in rural America. And rural school districts are major employers, as superintendents surely remind their state lawmakers whenever a school choice bill comes up for a vote.

This is still just a hypothesis, as we would need strong evidence of changes in voting behavior among rural Republican lawmakers to nail it down. That might be harder than it sounds given that school choice legislation is often rolled into omnibus bills, like Ohio’s biennial budget bill that just passed last week. Somehow we would have to see how the sausage actually got made, and whether rural Republican lawmakers who would have stopped school choice proposals in committees or behind closed doors in the past changed their behavior this session and instead assented. But the basic political math adds up. It would explain why GOP-controlled states are the ones that made the most progress this year, especially as compared to years past.

There’s good news and bad news if this third hypothesis is correct. The bad news, for me, is that I have to give Donald Trump some credit. The good news is that, if this shift in favor of school choice for rural Republicans is permanent, it should make school choice legislation easier to enact going forward. If the entire Republican caucus is united, it means that, even in purple states, school choice supporters just need to find support from a handful of Democrats. And given that so many Black and Hispanic voters support school choice, that should be doable.

The best news is that it wasn’t just the pandemic that explains this Year of School Choice. That’s good because we never want to go through this ordeal again in our lifetimes. But it also shows the importance of political leadership. And on this issue at least, President Trump’s legacy is likely to be a positive one. There, I said it!