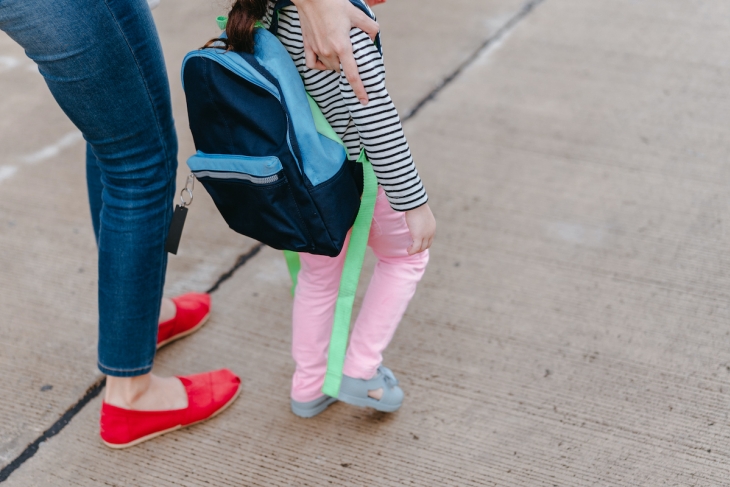 In the early days of the pandemic, I was dismissive of “new normal” talk about Covid’s long-term impact on schooling. There was good reason for skepticism. Americans may hold in low regard public education at large, but we have long demonstrated a deep and abiding fondness for the schools that our own children attend. The idea that the pandemic had transformed us into a nation of homeschoolers, hybrid and distance learners, and micro-schooling enthusiasts struck me at the time as akin to insisting that passengers thrown from sinking ships into lifeboats had taken up rowing.

With the prospect of a third school year disrupted or rendered unreliable due to Covid, I’m a lot less confident about this take than I was sixteen months ago. Mounting evidence suggests that parents are becoming more likely not just to say they support school choice, but to actively choose an alternative to their local public school—at least the school their kids attended when the pandemic hit.

The New York Post reported this week that enrollment at a top elementary school in Brooklyn’s well-off Park Slope neighborhood has shrunk by a third since the start of the pandemic. Kindergarten enrollment has fallen by more than 50 percent. “School sources said some families have abandoned the city outright while others are opting for local parochial or private schools with consistent full-time schooling,” the Post reported.

The word “consistent” is key, and the calculus is pretty simple: Parents want good schools, but of equal or greater importance are reliable schools. No one in the wonk world likes to think of school as daycare, but working parents, even those with the luxury of working from home, need to know that the plans they’ve made for their children’s education aren’t likely to change at a moment’s notice.

There could be non-Covid factors at play in the case of this Park Slope school, but it reflects a larger theme: Brooklyn is the object of a controversial “community-based diversity plan” engineered by New York’s former schools chancellor Richard Carranza, a plan that not every parent supports. For over a year, parents have had direct and unfiltered access to what their kids are doing all day, prying open for millions the black box of teacher quality, curriculum, and classroom culture, with school Zoomed directly onto kitchen tables. For many, perhaps most, it was reassuring. For others, not so much. The past several months have seen countless examples of agitated parents complaining to school boards about diversity, equity and inclusion initiatives, and protests over programs and curriculum informed by critical race theory. Even as schools prepare to return to full-time, in-person instruction, fights over mask mandates or their absence have further strained bonds to the breaking point.

For all these reasons, it’s becoming clearer that the long-standing relationship between parents and local schools they have long supported has become unstable, particularly among relatively well-off families with other options. But everywhere you look, the trend appears deep and wide. Data from thirty-three states obtained by Chalkbeat and The Associated Press show that public K–12 enrollment this fall has dropped across those states by more than 500,000 students, or 2 percent, in the past year. In Philadelphia, for example, kindergarten enrollment declined by more than a quarter between fall 2019 and fall 2020. Hawaii’s schools, which operated almost entirely remotely last fall, suffered one of the biggest declines in the country—down 14 percent between fall 2019 and fall 2020, according to the New York Times. Overall enrollment at all 178 Colorado school districts has dropped 3.3 percent across all grade levels.

Of particular note is the unaccountable behavior of the teachers unions, most notably the American Federation of Teachers, whose President Randi Weingarten has been on a public relations suicide mission for months, brazenly insisting she has been working to reopen schools, despite lobbying the CDC to manipulate school reopening guidance. She seems blithely unaware that parents’ patience is not inexhaustible, and bizarrely determined to alienate her members’ most stalwart supporters: parents like those in Park Slope who pride themselves on being good progressives and public school parents. Writing in Commentary, Christine Rosen takes note of a rising tide of parent activism, particularly among liberal and progressive parents—“because it was in their Democratic, union-dominated states that schoolchildren were most likely to languish in virtual learning.” It has become a common joke among choice advocates that Weingarten has done more for their cause than anyone since Milton Friedman.

Choice advocates have long lamented the disconnect between parents’ stated preference for school options versus their revealed preference, namely how relatively few families opt out of their zoned schools. I suspect they underestimate the big ask they’re making of parents. The act of sending our children to a local neighborhood school is a cultural habit formed over generations. As I wrote sixteen months ago, it persists because we value it, not for want of alternatives or a more efficient delivery mechanisms for education. But with a third school year opening under a cloud in many places, that “big ask” is starting to feel a lot less burdensome than it used to. The Overton Window has shifted significantly. For a growing number of families, the greater burden may now be staying put.

I’m still of the mind that “new normal” talk is overwrought, but I’m far less confident of that assertion than I was at the outset of the pandemic. The long-standing practice of sending kids to zoned neighborhood schools is still a hard habit to break. What I didn’t expect was how many public school supporters—from governors and teachers unions to local administrators and school boards—would be so determined to break it.

With reporting by Jessica Schurz.