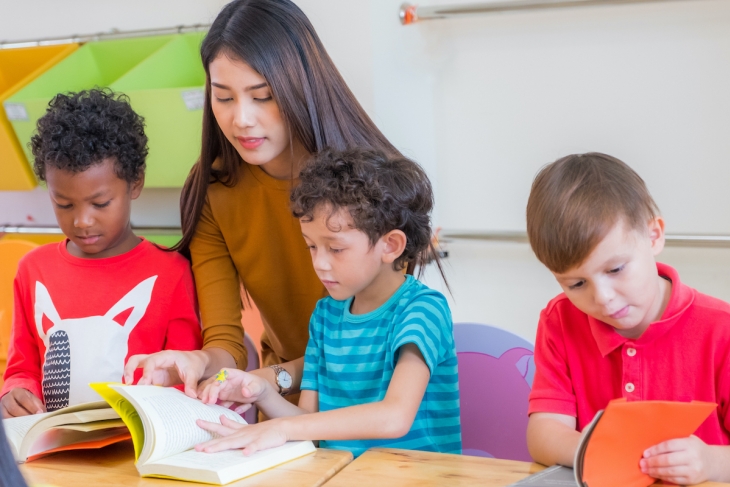 Editor’s note: This was first published by National Review.

So Tom Hanks didn’t know what the Tulsa Race Massacre was, and we’re told that it’s an indictment of the inadequate treatment of our racial history in schools. Well, alongside Hanks, two-thirds of Millennials don’t know what Auschwitz was, and only two-fifths of Americans could name all three branches of government—one in five couldn’t name a single one. More broadly, less than a quarter of students demonstrated proficiency in civics, according to the National Assessment of Educational Progress.

If our curricula have gaps about our racial history, perhaps it’s indicative of a deeper, far more pervasive mediocrity. The Fordham Institute ran a comprehensive review of school curricula across the country to investigate such shortcomings and found that schools too often provide overbroad, vague, or otherwise insufficient guidance for curriculum and instruction, and omit or seriously underemphasize topics that are essential to informed citizenship and historical comprehension.

The curriculum in my own state of Wisconsin exemplifies both weaknesses. Regarding the first point, one section asks students to “analyze significant historical periods” and “evaluate a variety of primary and secondary sources.” Regarding the second point, where the curriculum does attempt to provide topics for learning, the standards list things like “Meeting of Peoples and Cultures” and “The Modern Era.”

These give me, as a teacher, about as much guidance regarding what I should do in my classroom as would an atlas without highway numbers and city names. Students could accomplish these goals with the words of the Constitution or a tweet in hand. Without sequenced time periods or events to cover, various teachers could end up teaching, in two or three different grades, labor history during the industrial revolution, with a student never once encountering Auschwitz or the basic structure of our federal government. Given that, they’re left with large knowledge gaps of what we would reasonably expect any citizen to know.

Such vagueness isn’t a result of pure incompetence either but has an ideological basis. In the early twentieth century, John Dewey popularized “progressive” education, contending that no content is in itself worth learning—neither Shakespeare nor Langston Hughes, germ theory nor individual rights. Rather, content such as literature, historical facts, or scientific theories should be used only as a modicum to teach students how to evaluate, analyze, and practice other academic skills. Let the student choose the content, and the teacher can adapt it to fit the skill.

After Dewey came critical pedagogues, such as Paulo Freire, who think of schools not as places of learning as we traditionally conceive them but rather as places of social action. They were Deweyites with a radical bent, replacing student-directed projects with advocacy. In practice, this looks like action civics, wherein students identify problems in their communities and write proposals to local legislatures.

Both the progressive and the critical approaches to education suffer the same flaw: Certain topics are in themselves worth learning. Surely, as a work of literature, “What to a Slave Is the 4th of July?” is superior to Divergent. Alongside my curriculum’s requirement that students “compare primary and secondary sources,” they should also specifically read the Constitution and Declaration of Independence.

The worth of certain content is not only in its independent aesthetic value, either. Cognitive science has found that our ability to think is not some abstract skill as Dewey portrays it, but rather a knowledge-dependent process. A biologist, engineer, and historian can each critically think about an organism, a bridge, or an epoch, not because they have some abstract critical-thinking skill, but because they bring a wealth of knowledge within their specific domain to bear on the problems in their field.

Students, compared with experts, need a broad curriculum of specific knowledge to critically consider the present. For example, if students are to analyze an impeachment process, any practice of some academic skill would pale in comparison to their having read our nation’s founding documents, the details of the case, and contrasting contemporary articles. Once they have awareness of these documents and arguments, only then can they really think critically about impeachment.

Even if our goal is to improve the teaching of our racial history in schools, students would benefit most if teachers brought them through a curriculum that requires learning specific topics such as “Letter from a Birmingham Jail,” the Atlantic slave trade, and the Tulsa massacre. If instead our curricula give teachers vague directions, such as to interrogate structures that create inequalities or to use race as a lens to understand history, who knows whether students will get substantive readings and factual history or crass activities, such as ranking themselves on supposed privilege points?

E. D. Hirsch, Jr., a seminal professor of education, has meticulously documented how the world’s most successful school systems bring their students through a sequenced curriculum of what he calls core knowledge—clear topics and readings worth covering. Contrary to the portrayal of such a curriculum as lifeless lists for rote memorization, many of our nation’s successful “no excuses” charter schools base their curriculum on Hirsch’s ideas, producing thoughtful and academically engaged students.

Our American pretensions spurn such prescriptive tendencies. Clichés abound suggesting that we teach the student, not content, that we should teach students how to think, not what to think. In reality, though, if our students don’t know basic facts—what the Emancipation Proclamation did, or how viruses spread—they’ll have no capacity for thinking. In reality, learning how to think begins with learning what to think, and so our curricula must give students something concrete to think about.

Daniel Buck is a secondary-school English teacher and freelance author.